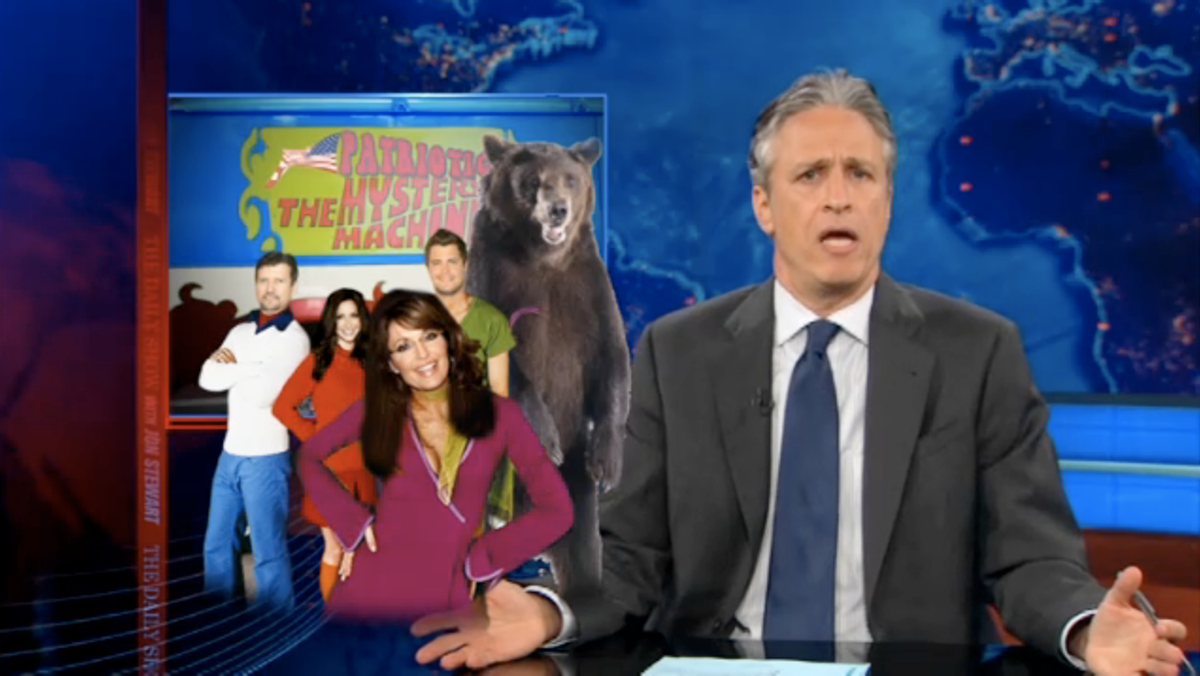 Jon Stewart, back from a week on hiatus, addressed Sarah Palin's spectacle of a bus tour on the "Daily Show" last night. And he thinks its a bit presumptuous that people assume the former Alaska governor is running for president, just because "she's driving her family around key primary states in a bus with her signature in roughly equal size to the preamble of the Constitution." Maybe she's just living out a "Scooby Doo" fantasy, instead?