Does machismo cause rape?

As France reexamines its sexual mores post-DSK, we ask an expert to explain how culture influences assault 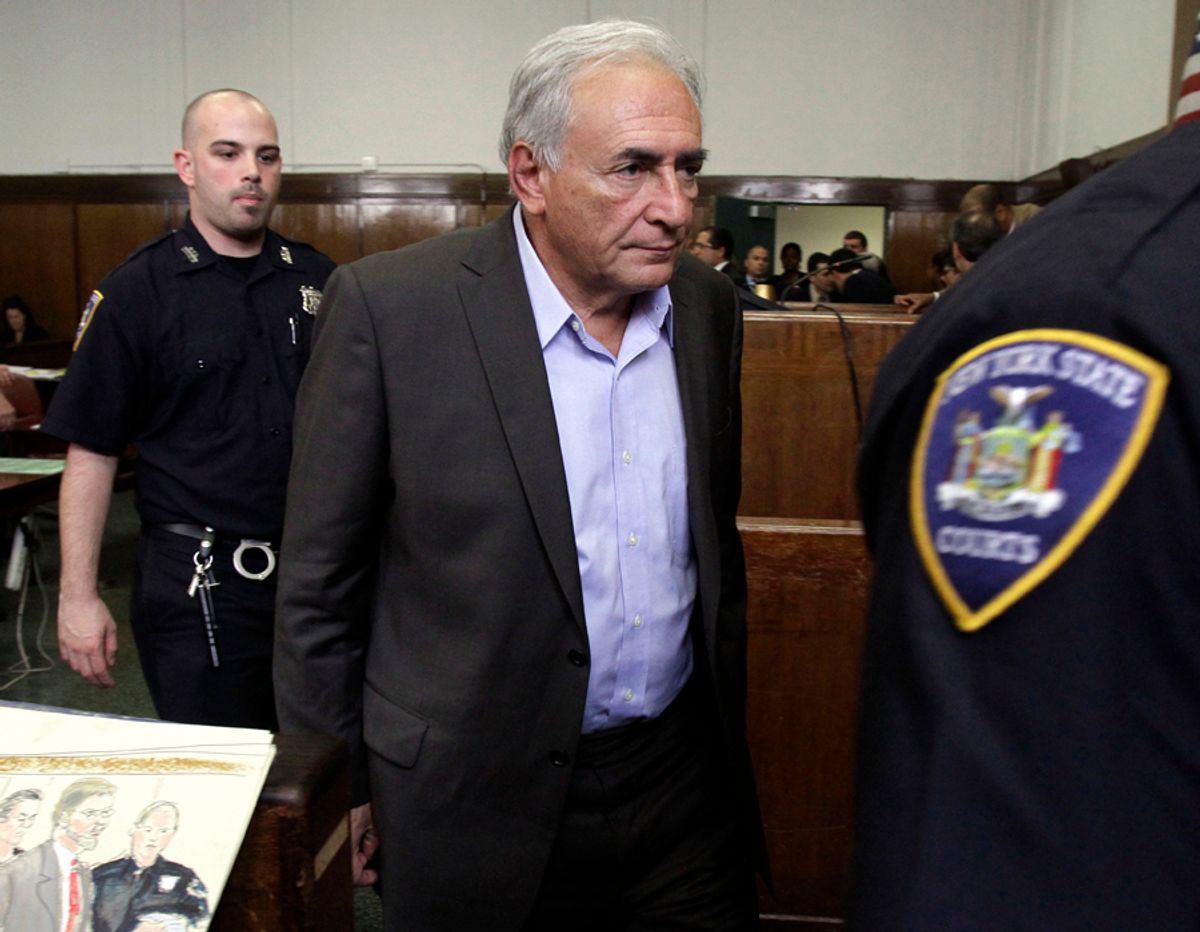 International Monetary Fund leader Dominique Strauss-Kahn leaves court court after his bail hearing in New York state Supreme Court, Thursday, May 19, 2011. A judge agreed to free Strauss-Kahn from a New York City jail on the condition that he post $1 million in bail and remain under house arrest, under the watch of armed guards, at a private apartment in Manhattan. (AP Photo/Richard Drew, Pool) (Richard Drew)
--

The arrest of Dominique Strauss-Kahn, and the conspiracy theorizing and sympathy he garnered in response, has reportedly inspired some cultural soul-searching in France. We're told that French women will no longer put up with the sort of machismo that celebrated a man nicknamed the Great Seducer -- not to mention Georges Tron, the junior minister who was accused of sexual assault by two women promptly after DSK's arrest. At the same time, feminists have been quick to point out that there is a world of difference between womanizing and rape. Seduction is not sexual assault, not even in Puritan America.

All of this raises the question of whether there is an actual connection between an environment of machismo and rape. And that question taps into an even bigger query about how cultural mores influence sexual assault.

That seems incredibly straightforward, doesn't it? Things get much more complicated, though, when trying to clearly define something like sexual aggression, which encompasses a vast spectrum of behavior. French philosopher Genevieve Fraisse, author of "On Consent," told the New York Times, "Womanizing and rape are of course two different things," but, as the Times paraphrases, "on a sliding scale from aggressive courtship to harassment to sexual assault to rape, the borders between each of the categories are much harder to pin down."

I asked Jones, who has written extensively about how biology and culture influence sexual aggression, whether we might expect rape to be more common in a culture that embraces machismo. "Yes, if all else were equal," he said. "But ... all else is not always equal. For example, just to illustrate, you could have a culture of heavy machismo but also heavier than average penalties." As it happens, there are more reported rapes per capita in the United States than in France. Of course, cultural mores also influence the reporting rate -- which not only skews the data but also can affect the perceived risk to perpetrators, which in turn affects the likelihood of assault.

Jones explains that perps are influenced by the extent to which they think "they'll actually be reported" and, if so, "investigated and charged." There's also their perception of the likelihood "that jurors might convict, as well as an estimate of for how long, if at all, a perpetrator might be sentenced. " He says, "Although no one is suggesting that sexual transgressors think it through like a calculating machine, it is likely the case that the holistic assessment of how risky it is to assault someone is -- for better or worse -- affected by a wide variety of cultural factors."

On the one hand, it seems only natural to assume that culture would have a significant impact on sexual violence. On the other, it can seem a disturbing excuse for inexcusable behavior; just consider the recent report blaming child sexual abuse by Catholic priests in part on the sexual revolution of the '60s, or the claim by Roman Polanski's wife that his "unlawful sexual intercourse with a minor" was simply a product of the "sexual liberty and permissiveness" of the time. Then again, what purported explanation for sexual violence isn't in some way unsettling? Perhaps the most disturbing answer of all is that there isn't any one cause.