How have the senators who retired in 2010 enriched themselves since leaving office? Let us count the ways 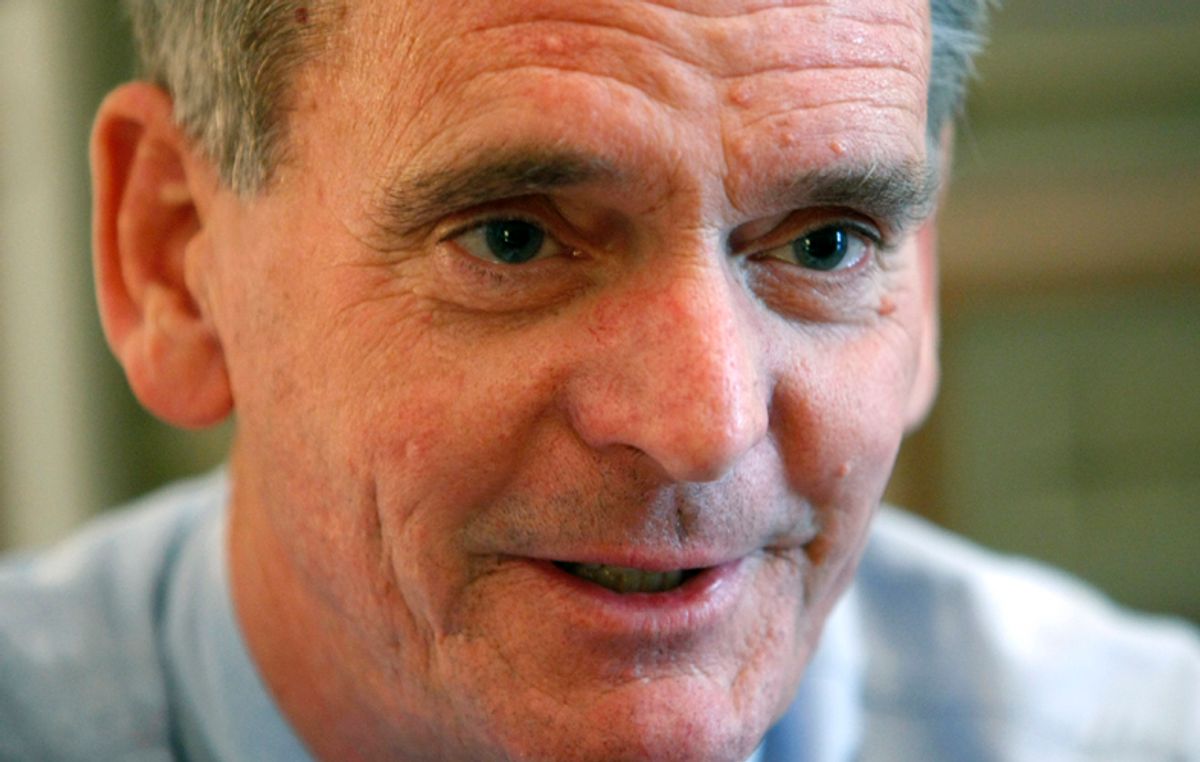 Judd Gregg doesn't have experience identifying growth in emerging markets or putting together complex financial models. But that didn’t keep him from landing a plum gig at the most talent-rich and fiercely competitive investment bank in the world. His life of public service now complete, the former three-term Republican senator from New Hampshire -- who had briefly agreed to serve as President Obama's first commerce secretary before backing out -- joined Goldman Sachs last week as an international advisor.

In his new role, Gregg will be responsible for such nebulous duties as "providing strategic advice to the firm and its clients, and assisting in business development initiatives across the global franchise."

Goldman CEO Lloyd Blankfein, whose firm was upbraided by a Senate committee only one month ago for perpetrating a massive fraud in the run-up to the financial crisis that some now believe warrants criminal charges, said of Gregg, "His experience and insight will contribute significantly to our firm and our continuing focus on supporting economic growth."

Gregg, of course, is only the latest in a growing roster of former government workers who have recently been added to the Goldman payroll -- and only the latest recent congressional retiree to cash in with a lucrative gig at a firm that depends on staying in the good graces of the federal government.

Here's a recap of other public servants who left Congress in 2010 to work for lobbying firms or the banking industry:

The Hollywood-Dodd Act: Chris Dodd was trailing in the polls in 2010 when he decided against seeking a sixth term as a senator from Connecticut. At the time, he swore off the idea that he'd ever turn to lobbying after leaving the Senate, musing about life in academia. "No lobbying, no lobbying," Dodd insisted. Less than a year later, though, he's now Hollywood's top lobbyist, pulling in $1.2 million a year in salary as the head of the Motion Picture Association of America. Dodd has a history of film industry appearances -- at one point he nixed a futures trading market for Hollywood films at the behest of the big studios.

Staxyn vs. Viagra: Former North Dakota Rep. Earl Pomeroy was one of the few on this list to lose a reelection bid, rather than bowing out ahead of one, but that didn't diminish his private sector desirability. Now he's the chief of staff for K Street firm Alston + Bird, which lost Tom Daschle as a "special policy advisor" last year. Pomeroy joins Bob Dole at the firm, which represents Merck; Dole apparently prefers Merck-made Staxyn to Pfizer's Viagra nowadays.

Lobby Hobby: Former Missouri Gov. and four-term Sen. Kit Bond wants you to know that his intentions are pure. The K Street lobbying firm he joined, Thompson Coburn, is based in Missouri, so Bond can split time between his home state and Washington. And anyway, Bond says he has no intention of doing lobbying work even when his cooling-off period is over, and that he's only taking this position because he's not ready to stop working.

Hedgehog: Former Indiana Gov. and two-term Sen. Evan Bayh decided against seeking a third term last year, a move that has paid off big. Bayh, who sat on the Senate Banking Committee, recently joined hedge fund lobbying firm Apollo Global Management as a senior advisor. While that's a title lobbying firms hand out liberally, don't expect to be considered for such a role unless you've spent time representing the people.