Lessons I won't learn from Weinergate

Even if the married Dem sent dirty photos via Twitter, I'll always give a Breitbart victim the benefit of the doubt 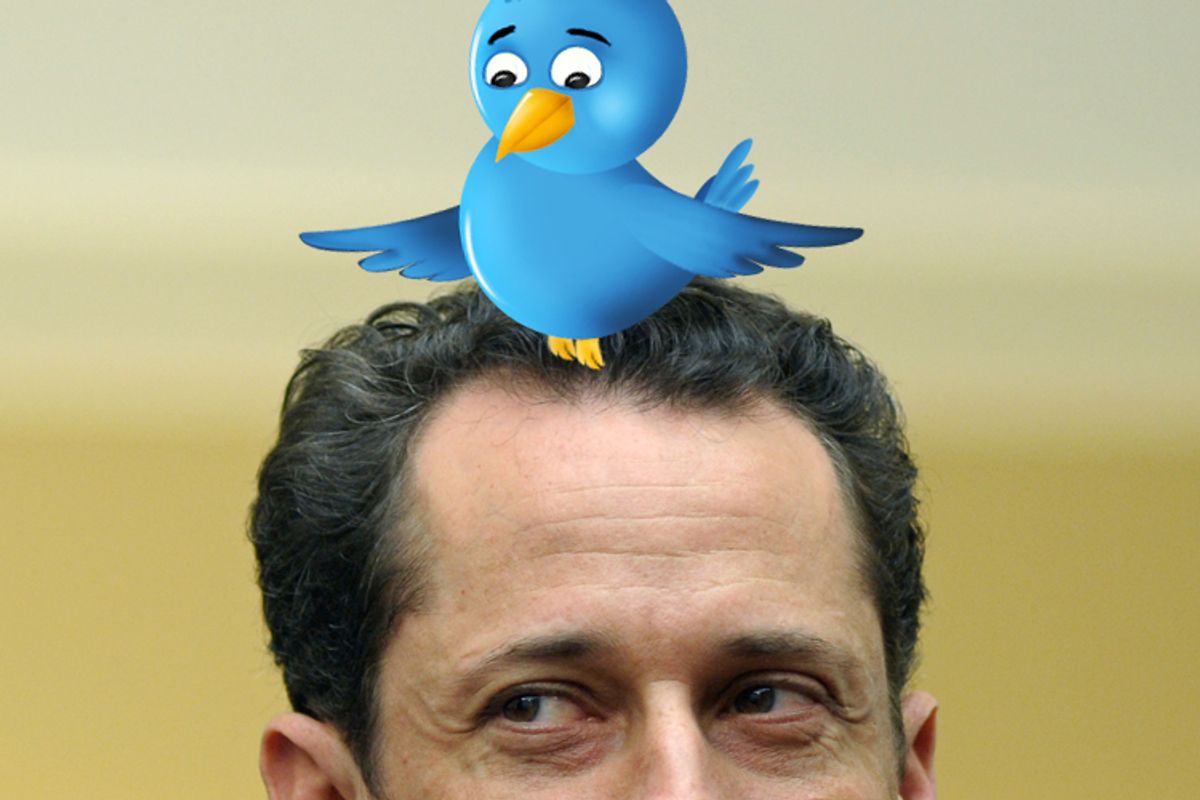 If it turns out that Rep. Anthony Weiner sent dirty pictures to a college student via Twitter, I will be surprised -- and then I will tell myself, again, that I must never, ever be surprised by the capacity of a male politician to do unbelievably stupid things, things that are at once arrogant, self-indulgent and self-destructive -- when it comes to sex. If it turns out that way; we still don't know the truth about this strange story.

However, there is one lesson I won't learn: I will never, ever take the word of Andrew Breitbart or anyone in his army of political sewer workers, over the word of someone who denies his claims, without independent proof. After Breitbart's hit-job on Shirley Sherrod, as well as the selectively and deceptively edited tapes he used to bring down ACORN, his victims will always deserve the benefit of the doubt. Especially when, in this case, the target is not merely a politician, but a 21-year-old female college student. Once Breitbart "revealed" the supposed Weiner photo, an army of drooling right-wing bloggers published the alleged recipient's name, along with multiple photos, details about where she went to school and what she studied. Those details ricocheted around Twitter as Breitbots gleefully spread the lurid stories like spitballs. When the besieged young woman (who just happens to be African-American) issued a statement Saturday night denying the Breitbart story, I believed her. I would do it again.

Something else I would do again: When it looked like reporters I respect believed the young woman, but were chalking up the story to "social media" -- as though it were just a crazy viral video or Twitter meme that caught fire, and it hadn't been packaged by Breitbart and spread through his online vectors like an infection -- I would remind people that the story came from Breitbart and his right-wing smear machine. It could turn out that some version of the story might be true, but its origins with Breitbart will always matter.

One last point: Breitbots have accused me of blaming Breitbart for naming the young woman in question, based on this tweet from me Saturday night:

If the story is false, we only know about it because of the Breitbart empire and #tcot blogs, who named the girl

(You can read all my tweets on the story here.)

My point was that right-wing blogs were naming her, after Breitbart put out the story, though the original story did not. But I get the confusion: It's easy to misunderstand things on Twitter.