The one place I won't donate to charity 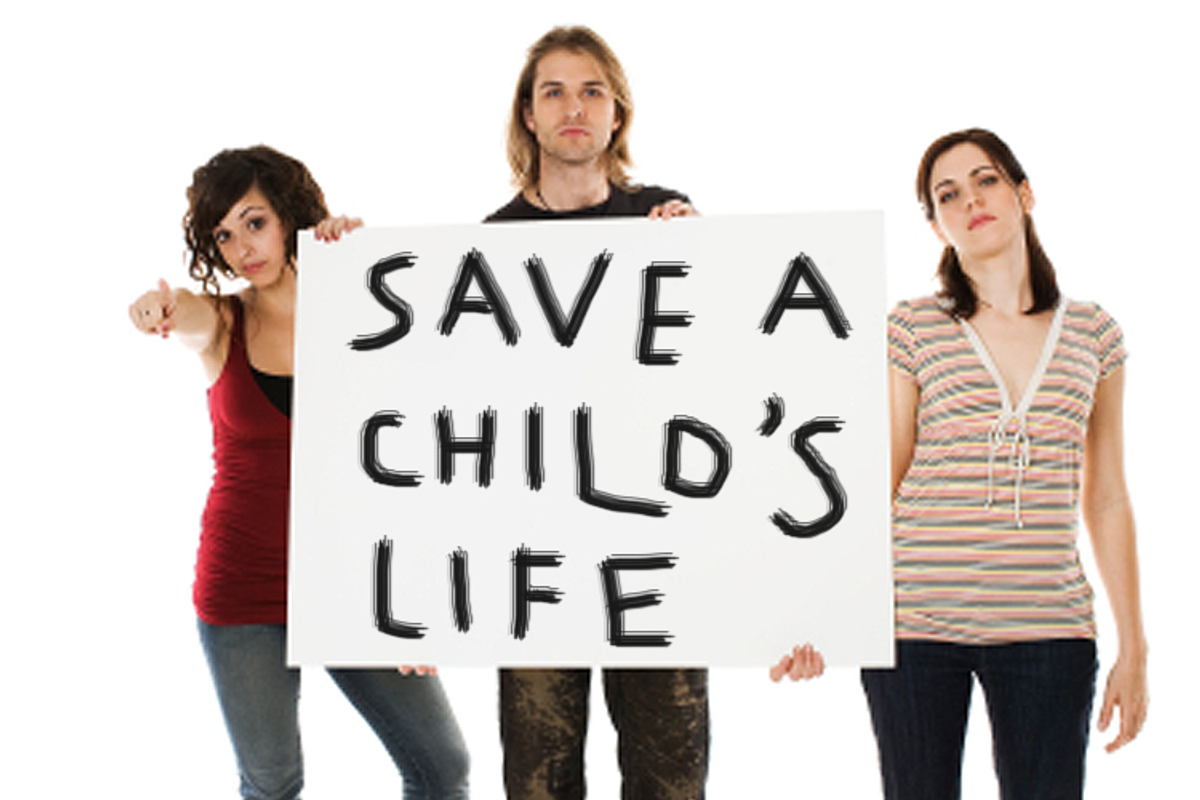 Once the weather gets warm, chipper fundraisers with messenger bags and wide smiles become a constant source of ire for many hustling New Yorkers. Despite being a self-proclaimed do-gooder who volunteers for a variety of causes, I'm among the harried masses: I can't stand getting asked to donate money on the street.

For the past few months, two earnest folks from Children International have reclaimed their spot near my office. From there, they try to melt the hearts of Financial District white collars with tales of abandoned children in places like Africa and India. These paid representatives chase pedestrians at busy crossroads to convince people to make yearly commitments to their cause. Whenever I encounter their type, near the Raging Bull or by Union Square or at some unsuspecting location, it becomes a dance of hide and seek that involves avoiding eye contact and using street carts and fellow pedestrians as barriers. I often pretend to listen to my iPod or pace myself so I pass them when they are already immersed in their spiels with other passersby. But the guilt I feel after dodging these personable 20-something idealists is draining. The fact that I was once in their well-worn shoes doesn't help.

Back in 2002, I was a nomadic utopian who traveled to California to save the trees. I joined a small army of Sierra Club door-to-door solicitors. The estimated weekly salary was $400 and, for a newbie fresh out of college, it seemed like just enough money to get by on. Of course, I didn't realize I wouldn't make anything unless I brought in adequate donations. I got fired my second day, after I raised just $50 over the course of 10 grueling hours traipsing up and down steep hills from one fancy door to the next in a glitzy neighborhood of Marin County. The next day, I applied for a legal position and never looked back.

Last week, as I was returning to my desk job after my lunch, all these weeks of ignoring these bright-eyed enthusiasts took its toll. A young man, much like my former self, broke through the barriers I put up and successfully engaged me with his pitch. "Would you like to sponsor a starving child in Chile? It doesn't cost much per month," he urged. I could sense his natural enthusiasm mixed with the hope of meeting his daily quota. I kindly refused, telling him I'd recently contributed to Save the Children during its Japan earthquake relief effort. He looked dejected, his shoulders slumped and the grin disappeared. Then he shot a dirty look at the new hardcover I was holding. I knew what he was thinking. She could buy a $30 book, but not give a fraction of that to feed a child. I'd had the same feeling when people shut their doors in my face. They had opulent homes but couldn't spare a dime to save the outdoors. I didn't say anything else for fear I'd get talked into donating against my better judgment. I simply smiled and said I had to get back to work.

As I walked away fighting guilt, I reminded myself that like so many other kindhearted New Yorkers, I give back in my own way and in my free time. I spend Saturdays at food pantries and soup kitchens, organize fundraisers, go on service trips, and securely donate online to the nonprofits I believe in. Even just helping someone carry a stroller up the subway stairs makes me feel good. But as a busy New Yorker, I still like to walk down the block without being harassed, even if it makes me look insensitive to those less fortunate. Sometimes I think I am doing these street fundraisers a favor by not engaging with them. Perhaps one day they too will look back and realize there are better ways to support causes close to their heart. Or maybe that's just another excuse I make for myself.