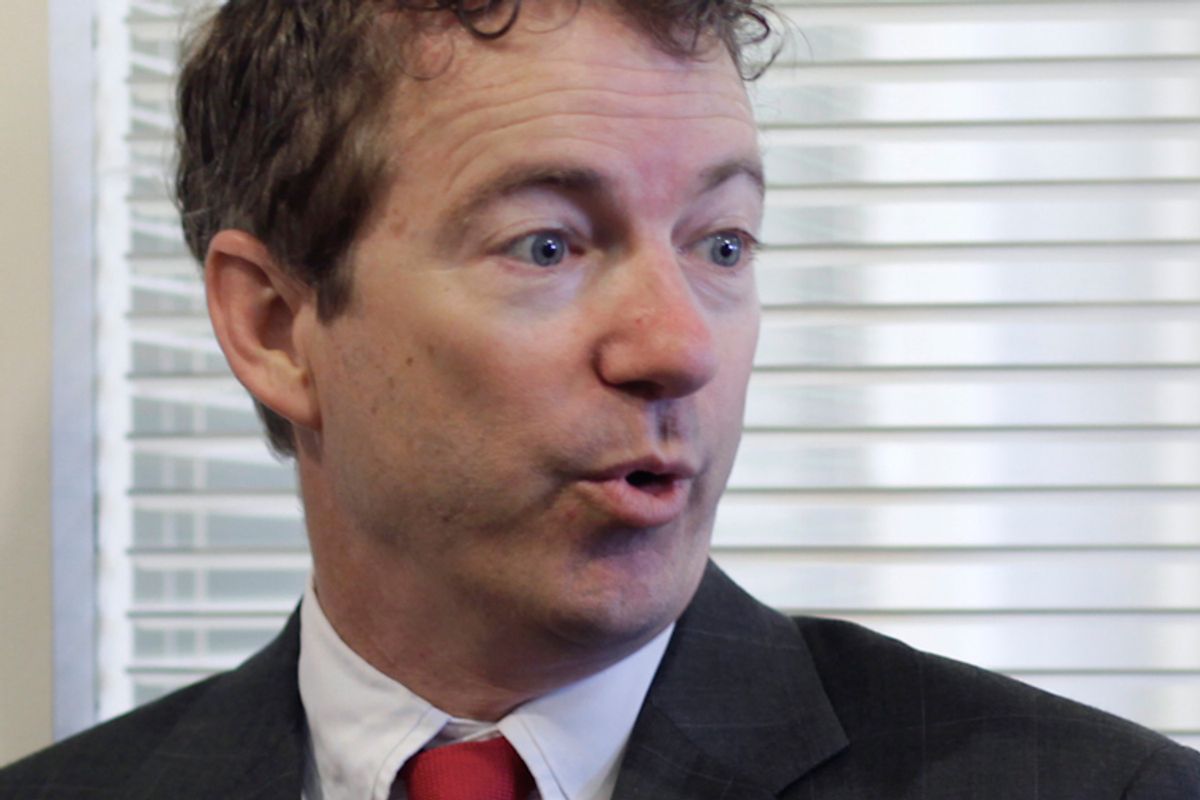 "Tea Party" Senator Randall "Rand" Paul (R-Ky.) says he supports free speech, but does he actually want his own supporters jailed for sedition? Definitely yes, according to a shocking audio recording!

Paul is mostly good on civil liberties -- he was one of the few senators to oppose the extension of the Patriot Act -- but he is also kind of dumb, and he often makes dumb arguments, especially when speaking extemporaneously. And that is how, on Sean Hannity's radio show last Friday, Rand Paul announced his support for the deportation of Tea Partiers:

PAUL: I’m not for profiling people on the color of their skin, or on their religion, but I would take into account where they’ve been traveling and perhaps, you might have to indirectly take into account whether or not they’ve been going to radical political speeches by religious leaders. It wouldn’t be that they are Islamic. But if someone is attending speeches from someone who is promoting the violent overthrow of our government, that’s really an offense that we should be going after — they should be deported or put in prison.

Hah, what? Rand Paul is against profiling based on race, and prefers... the criminalization of speech. Not just the act of of speaking, but of witnessing speech.

And if "radical political speeches by religious leaders" -- of all religions! -- and "speeches from someone who is promoting the violent overthrow of our government" are now cause for imprisonment or deportation, that means we must lock up all Tea Party rally attendees.

This has been another in installment in my ongoing series, "If I were a smart libertarian I'd be embarrassed to have Rand Paul represent my philosophy to the nation."