I faked activist zeal for my boyfriend

When Doug and I moved in together, it meant no AC, no TV and no fridge. I secretly couldn't stand it 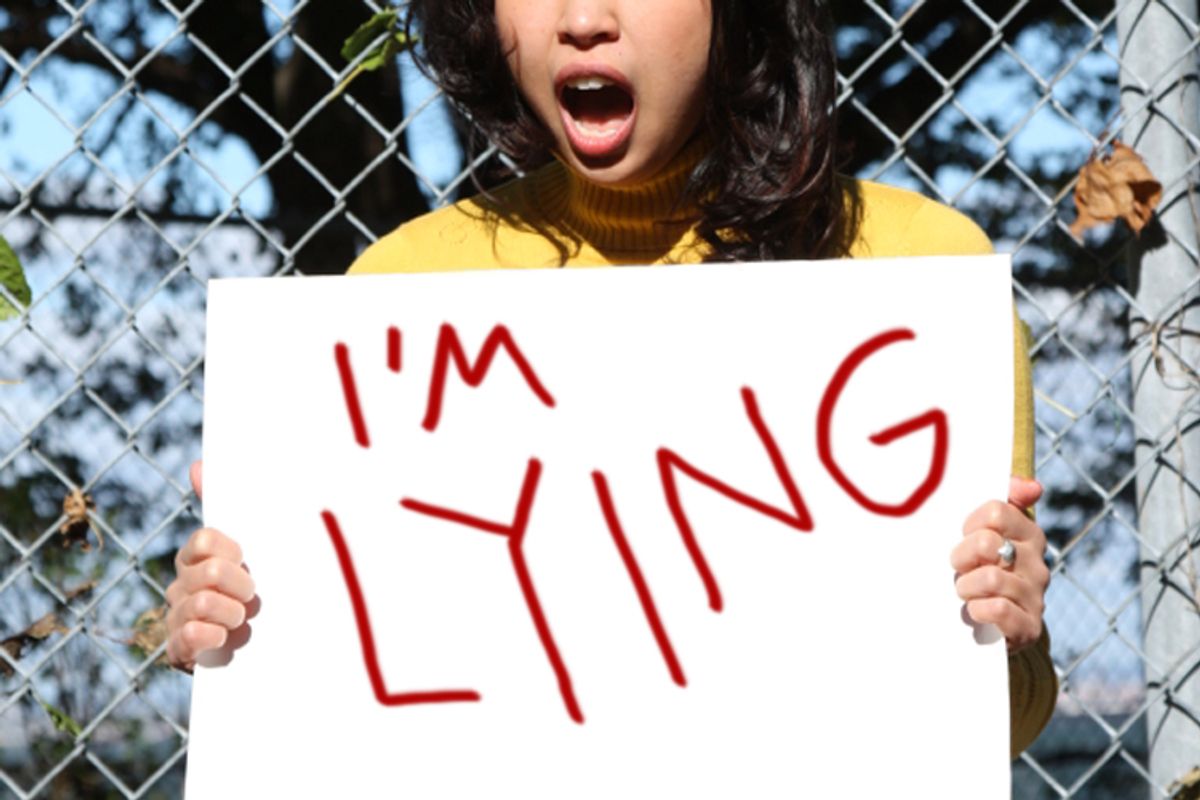 In 1985 I was a "rojita," or so I was called. My boyfriend, let's call him "Doug," and I were activists, volunteers for CISPES, the Committee in Solidarity With the People of El Salvador; we met at the Marxist School (aka, "Four Parts of the Movement") Chorus in Manhattan. We were both students at Hunter College; actually Doug had encouraged me to return to school after I'd taken a few years off while living in Vermont. Doug organized a program at school focusing on the plight of minority Hungarians living in Ceausescu's Romania. The main speaker was a Hungarian who had suffered repression under his regime. Old Hungarian villages had been bulldozed and many Romanians were forcibly moved to Transylvania to dilute the Hungarian population. It was said that the Romanian-Hungarian border was harder to cross than the Berlin Wall; Hungarians who visited family in Romania were held up for days to make sure they were not transporting Hungarian books or music. Hungarian children were not allowed to speak their language in school and were punished for doing so. Doug took this to heart, having a Romanian grandma, "Bubby," who lived on the Lower East Side and made us wonderful blintzes and other specialty foods.

When I moved in with Doug on 96th Street in Spanish Harlem, I learned that the extent of his activism far surpassed my own. Most electrical appliances were banned from our household: no TV, no air conditioning, no refrigerator. All for the sake of the environment, he said. We kept food on the windowsill or the fire escape, except in the summer months; then we just bought food for the day. I abided by his rules, but I didn't like them. The things we do for love.

Doug was a musician and I was studying German with a minor in political science. Without the distractions of TV, he said, we could do more music together and get more studying done. He was an early music and folk aficionado and we played guitar-recorder duets and I sang madrigals like "Flow My Tears" by John Dowland to his accompaniment on lute. I cherished these times.

Although TV was verboten, we were allowed to go to movies at the Film Forum, Angelika or Theatre 80 on St. Mark's Place, where they showed mostly indies, foreign films and classics.

I got accustomed to life without TV, but never to the no-fridge policy. I understood the moral and environmental sanctity aspect of it: Freon in refrigerators and air conditioners used chlorofluorocarbons or CFCs and were infamous for greatly adding to the depletion of the earth's ozone shield, but on a 95-degree muggy summer day in our fifth-floor apartment, I didn't care. I spent extra time at the Hunter College library and cafe, basking in the splendor of the AC. I went to Key Food or D'Agostino and stood in front of open freezers, hoping the heavenly cool would carry me into the night.

I was madly in love with Doug and wanted to please him, to be as pure of spirit and as strict an environmentalist as he was, and as I thought I was, but I never measured up. I lacked the purity of purpose, the zeal.

We had a tumultuous on-again, off-again relationship: He cheated on me twice, once while I was away in Switzerland teaching English for the summer, and the second time after we forced my mom out after a three-month stay (he invited her in the first place) and our sex life went south. He was open about his cheating, thinking it best to be honest, but it stabbed me like an icicle to the heart.

As soon as I moved out and into a studio apartment in the Bronx, I purchased a serious AC, plugged in the ample refrigerator and stocked it with fresh vegetables, fruit, milk, cheese and other perishable items. Gone were the days of curdled milk, shriveled oranges and green cheese. I shunned windowsills and fire escapes, and blasted the TV.