Do we really have to take Michele Bachmann "seriously" now?

With a history of rapid staff turnover and embarrassing past escapades, she's more credible than Cain how? 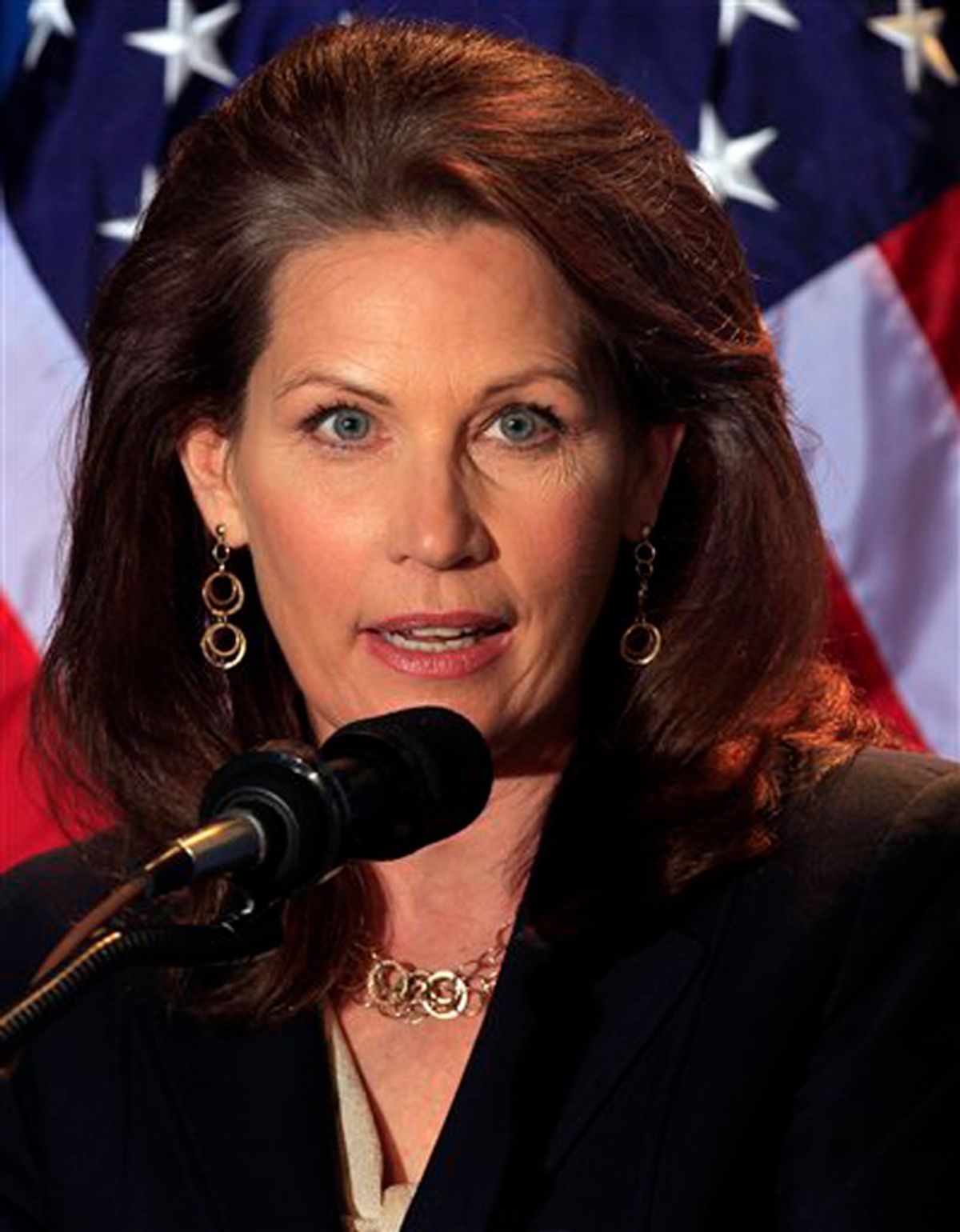 There is talk, now, that we should all be taking Michele Bachmann a bit more "seriously." She is, after all, polling better than Tim Pawlenty, whom we are all definitely supposed to take seriously, no matter how difficult he makes that for us. Jon Chait lays out the case for taking Bachmann seriously at the New Republic. It's hard to argue with the basic point -- true conservatives like her and basically hate the rest of the candidates -- but I take some issue with this:

But while Bachmann may be even crazier than Palin on questions of public policy, she seems to manage to hold things together as a candidate. She can answer questions from the news media. She is putting together a professional campaign rather than relying on amateur advisors. She takes care to point out frequently that she is a former tax lawyer, and she does not engage in Palin's visceral anti-intellectualism, giving herself the aura of a plausible president, at least in the minds of Republican voters. Bachmann may well combine Palin's most powerful traits without her crippling organizational failures.

Sometimes she skillfully answers questions from the press, and sometimes she has meltdowns. She can also do anti-intellectualism with the best of them -- she got into politics in part in order to attack educational standards and push "Intelligent Design" -- and while she is not quite as organizationally challenged as Palin, she has had her problems.

In fact, Andy Barr just wrote about those issues in February, when Bachmann's spokesman and district director both left their jobs:

But even without any fireworks, the two exits add to a long a long line of recently departed Bachmann aides, as her office has had an extremely high turnover rate since the Minnesota Republican was first elected to Congress in 2006.

Bachmann has had four chiefs of staff leave since coming to Congress — Rich Dunn, Ron Carey, Michelle Marston and Brooks Kochvar. The Minnesota firebrand also had her campaign finance director Zandra Wolcott leave during the middle of her reelection campaign last year.

I think Barr may have left out one of her chiefs of staff or two? As an unnamed "conservative Republican House member" told Politico when Marston quit for unknown reasons in 2009: "When your captain’s crazy, it’s time to find a new ship." (Her current chief of staff is taking a "leave of absence" in order to work on her presidential campaign.)

So, how seriously should we be taking Bachmann? Isn't it more or less appropriate to continue treating her as a very popular sideshow? (And if she ran for real would she really want people dragging out stories like the time she claimed lesbians kidnapped her and trapped her in a bathroom?)

The fact that she has managed to convince 50% of suburban voters in a Republican district to send her to Washington does not actually make her more a more credible candidate than Herman Cain, who has at least run a major industry lobbying organization.

I agree Jennifer Rubin on one thing: The similarities between Bachmann and Sarah Palin are mainly superficial; they're both attractive ultra-conservative women who routinely say stupid, extreme things on television. I am pretty sure Michele Bachmann is smarter than Sarah Palin. I also think she more sincerely believes the sort of rube-pleasing bullshit Palin cranks out primarily for attention. Bachmann is relentless, while Palin is erratic. Palin actually governed for a while, before giving it up for celebrity. Bachmann has never legislatively done anything, at all. Palin seems driven primarily by resentment, paranoia, and profit, whereas I imagine Bachmann probably thinks she's doing the Lord's work. She really would like to impose some sort of libertarian theocracy, where the government has no authority to regulate anything beyond the stoning of abortionists and homosexuals.

So I dunno. She might do OK in Iowa but the wheels would come off that campaign very shortly afterward.