Netanyahu and his friends sucker-punch selves 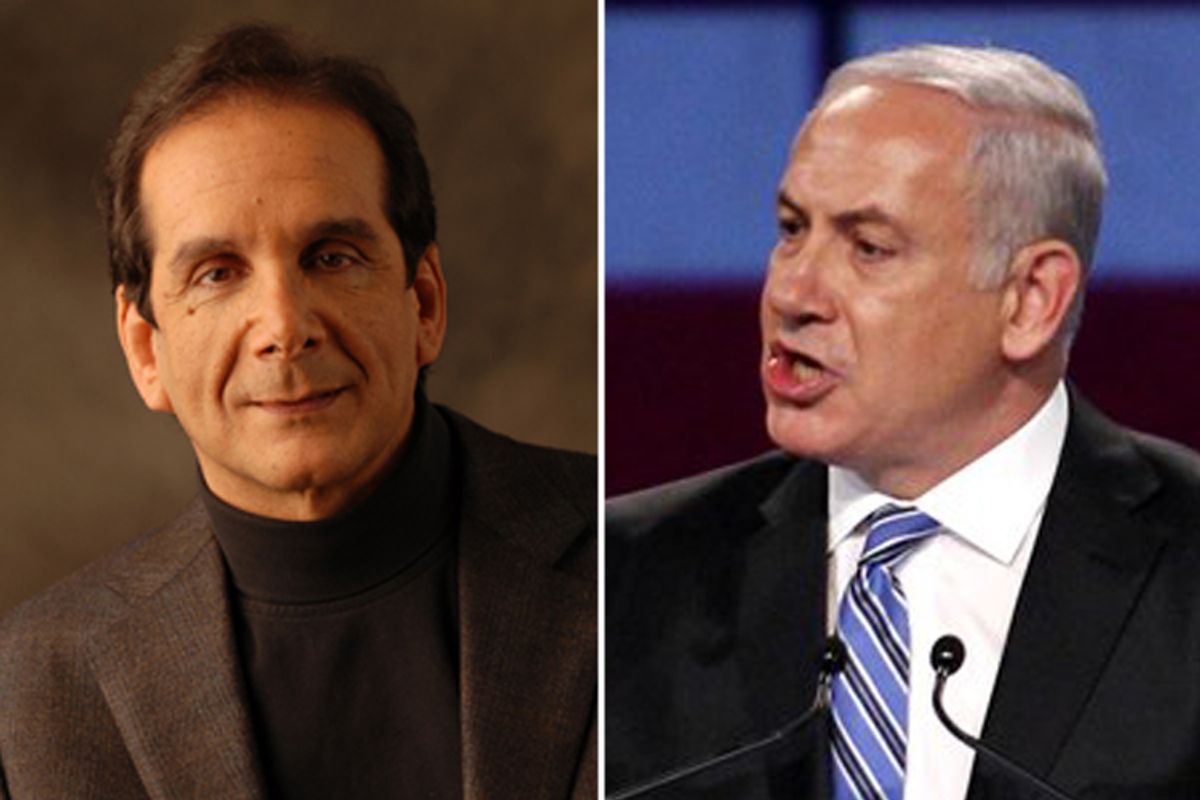 It’s a mistake for a political party to believe its own propaganda. The right has depicted President Obama as a leader easily pushed around.

So why has the president been outflanking his conservative detractors so regularly of late? Partly because Obama’s a political counterpuncher: He waits for his overconfident opponent to make a mistake, and then strikes decisively.

Rep. Paul Ryan, for example, still doesn’t know what hit him. There Ryan was, the man with a plan, the star of GOP talk shows. Except he was tricked into going first. He revealed this absurd scheme to slash taxes on millionaires and privatize Medicare -- handing out vouchers so Alzheimer’s patients could shop for health-insurance bargains.

The next thing you know, Ryan was crying that Obama was a big meanie for denouncing the plan to his face. Republicans got tied into knots over Newt Gingrich labeling it "right-wing social engineering." Adding to their pain: Gingrich said it on "Meet the Press" (but he now says anybody quoting what he actually said is a liar).

Next, Obama lampooned Donald Trump at the White House Correspondents' Dinner a few days after releasing the "long-form" birth certificate Trump suggested didn't exist. The president's jabs -- and even more so, his announcement the next day of Osama bin Laden's death -- served to remind Americans that Trump should stick to playing a pompous jerk on "Celebrity Apprentice."

Next came a more formidable antagonist, Israeli Prime Minister Benjamin Netanyahu. A crafty politician, Netanyahu tried to curry favor with his own supporters by driving a wedge between Obama and American Jews.

For those inclined to forget, it’s worth remembering that Israel is a foreign country. Its prime minister is not appointed by God, but an elected politician with an agenda that may not match America’s interests. Much of Netanyahu’s "base" consists of fiercely expansionist far-right religious parties. Many regard Palestinians as inferior rabble, hated by God, with no legitimate rights.

Almost needless to say, they are matched by fanatics on the Palestinian side. For the peace process to move forward, it’s crucial that the extremists not get their way. During his May 20 speech on the Middle East, President Obama reemphasized America's stance as an honest broker.

"For the Palestinians," he warned, "efforts to delegitimize Israel will end in failure. Symbolic actions to isolate Israel at the United Nations in September won't create an independent state. … Palestinians will never realize their independence by denying the right of Israel to exist."

Obama emphasized that an equitable solution would require that "the borders of Israel and Palestine should be based on the 1967 lines with mutually agreed swaps so that secure and recognized borders are established for both states. The Palestinian people must have the right to govern themselves … and Israel must be able to defend itself -- by itself -- against any threat."

Netanyahu pretended to misunderstand. For a couple of days, the prime minister and the Republican right had a field day. By leaving out the "mutually agreed" part, they depicted Obama as trying to impose "indefensible" borders on Israel against its will.

As increasingly happens, the pusillanimous "mainstream" media played along, portraying a foreign leader’s unhappiness with an American president as Obama’s problem. Rush Limbaugh, Glenn Beck and the rest went predictably crazy. On Fox News, columnist Charles Krauthammer accused the president of making "the biggest concession of the entire Arab-Israeli negotiation in 50 years." He falsely claimed that Obama was “tearing up Bush-era agreements."

In reality, Bush had used very similar language during a West Bank visit in 2008. "There should be an end to the [Israeli] occupation that began in 1967," he said, stressing, yes, "mutually agreed adjustments … to reflect current realities."

Then-Prime Minister Ehud Olmert said much the same to the Israeli Knesset in 2008. To achieve peace, he said, "we must give up Arab neighborhoods in Jerusalem and return to the core of the territory that is the state of Israel prior to 1967, with minor corrections dictated by the reality created since then."

Everybody seriously engaged with these issues understands the terminology. Which is why President Obama got a big laugh when he addressed AIPAC (American Israel Public Affairs Committee) three days later. "Since questions have been raised," he said, "let me repeat what I actually said on Thursday -- not what I was reported to have said."

Obama didn’t have to say by whom. Everybody understood. Interrupted by frequent applause, he repeated America’s commitment to Israel’s security and to the peace process. Netanyahu wound up looking like a chump. Regardless of the reaction in Tel Aviv, his cheap grandstanding play didn’t hurt Obama at all with American supporters, while marking Netanyahu as a clumsy opportunist not to be trusted.