Steve Kornacki on "The Last Word" with Lawrence O'Donnell 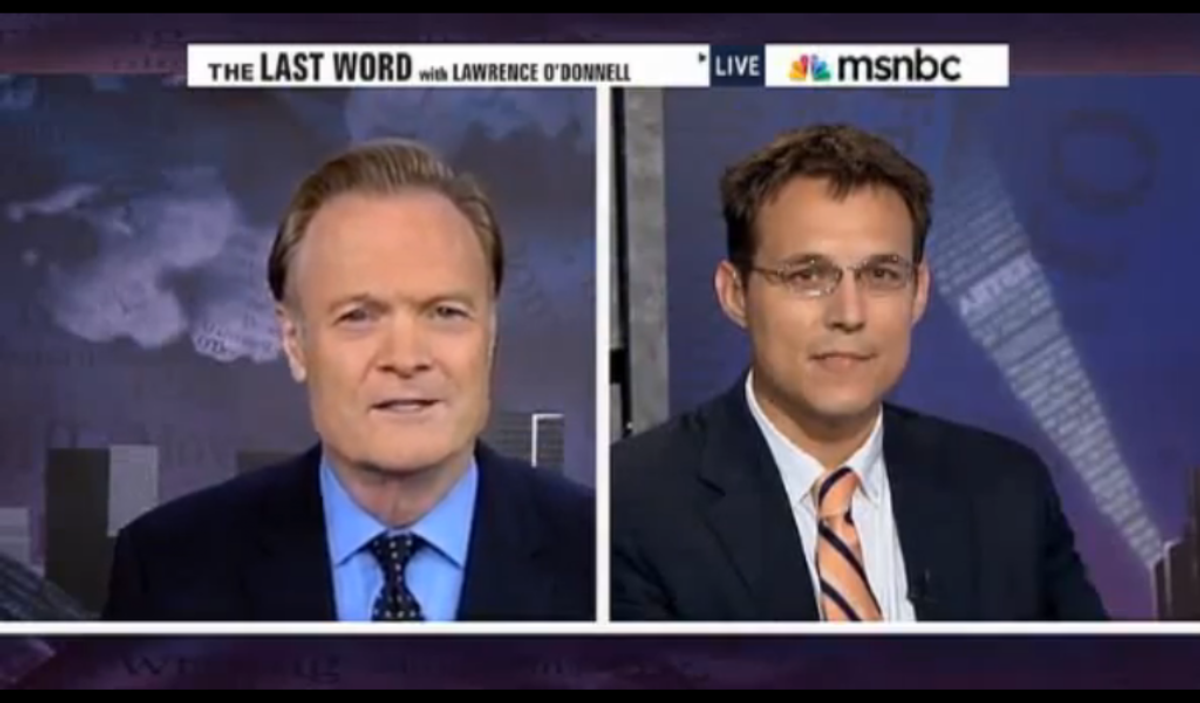 Tuesday was supposed to be New Jersey Governor Chris Christie's big day, with a group of Republican donors from Iowa making a long-anticipated trip to the governor's mansion in Princeton in order to urge Christie to run for president. With the state and national press watching him particularly closely, then, you might think that Christie would have thought twice before deciding to use a State Police helicopter to chopper to and from his son's baseball game -- a decision that has given state and national Democrats (not to mention members of the press) occasion to question the GOP star's judgment. (The detail that Christie was met by a car with tinted windows after landing and driven the extra 100 yards to the baseball field only made things worse.)

Steve Kornacki, who has written extensively about a potential Christie presidential campaign, discussed the chopper uproar and what it might mean for '12 with Lawrence O'Donnell on MSNBC's "The Last Word" Wednesday night: