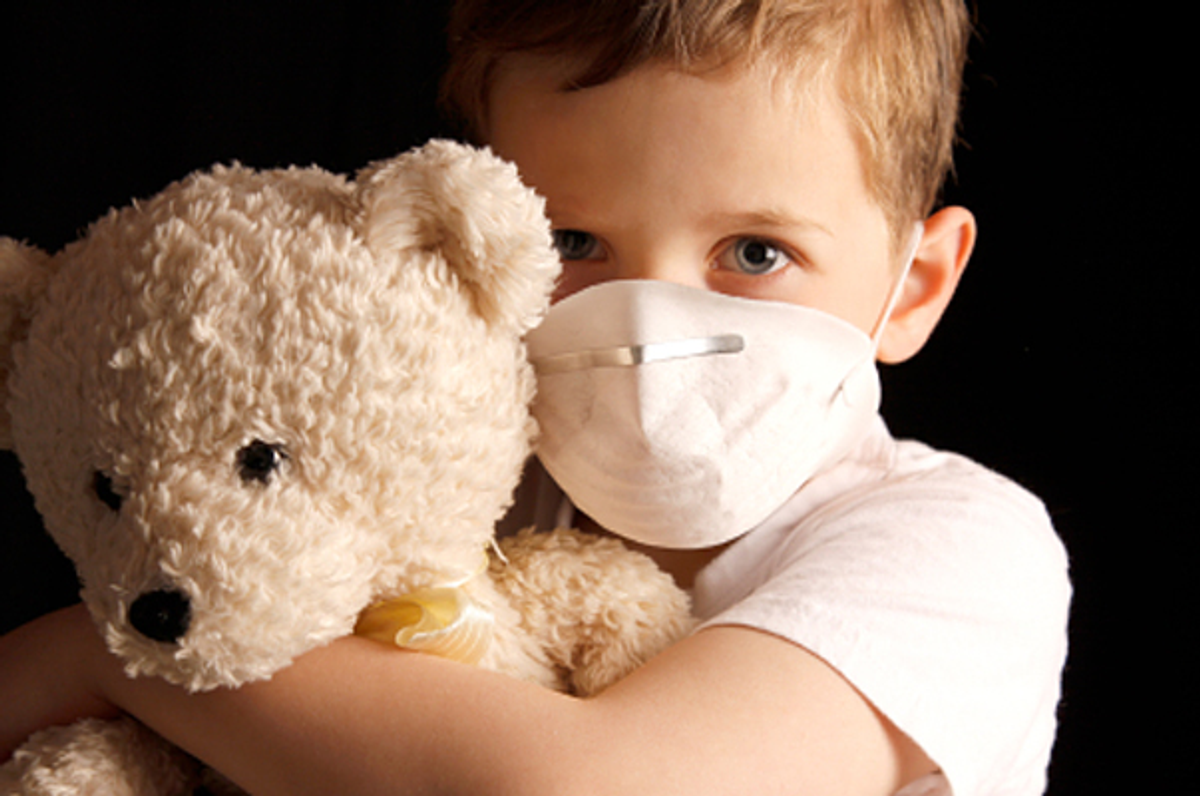 In the name of curtailing deficits, politicians across the country are hacking away at programs that aim to make children healthier. In Congress, for example, House Republicans are spearheading a budget that eviscerates funding for food assistance and effectively defunds the wildly successful Children's Health Insurance Program.

Similarly, from Texas to California, state lawmakers are chopping children's health programs in the face of budget shortfalls. In all these initiatives, the rhetorical leitmotif is "fiscal responsibility."

Like clockwork, this has set off the now-standard ideological debate over values, with liberals arguing that it's immoral to deny healthcare to today's kids and conservatives countering that it's even more immoral to saddle the next generation with debt. But as highlighted by a new National Bureau of Economic Research report, both sides are ignoring the most important non-ideological fact: Any so-called deficit reduction plan that cuts child health programs is almost certain to increase deficits.

The NBER study compared British and American illness rates, controlling for both demographic differences and risk factors like smoking and drinking. It found that a) we have "much higher" childhood illness rates than our English counterparts, b) "the transmission rates of higher rates of childhood illnesses into poor health in [adults is] higher in America compared to England" and therefore, c) "the origins of poorer adult health among older Americans compared to the English traces back right into the childhood years."

In other words, America's broken private healthcare system allows kids' medical afflictions to become far worse in adulthood than they become in England -- a nation with a government-sponsored universal healthcare system.

Remembering that experts say diabetes alone could be a $3 trillion health-cost time bomb in the United States, the NBER study's underlying message should be clear: If we reduce our country's minimal efforts to make kids healthier, we will be all but guaranteeing even more deficit-exploding medical problems down the line.

Those problems, of course, are often more expensive to therapeutically treat in adults than to preemptively address in kids. That means any short-term savings achieved by cuts to children's healthcare will likely be wiped out by much bigger costs as those less-healthy kids enter adulthood. And don't forget -- those additional marginal costs are everyone's concern because they often end up being paid by Medicare (aka taxpayers).

The NBER study is quick to point out that access to children's health insurance -- universal in England, but not in America -- may not be the "primary" factor in the discrepancy between our two nations' health stats. However, it's possible that health services for pregnant women are acutely involved.

It's also possible the results reflect not just differences in health services, but also larger incongruities in everything from food safety regulation to consumer products safety laws to environmental protection. This would suggest that it's not only ignorant for self-described deficit hawks to cut children's health programs, but also absurd for them to cite deficits as reason to cut enforcement of public-interest laws.

As obvious as these lessons may seem, appreciating their significance requires a serious attitudinal shift in America. It requires us to take the longer view of our deficit challenges, to see certain expenditures as investments in future savings and to remember that adage about "cutting off your nose to spite your face." Because while we certainly can get the deficit under control, we cannot achieve such a goal by denying kids healthcare.

Doing that will spite the whole country -- and make the budget picture far worse.