Grim news from the jobs front

Devastating new numbers show that the U.S. added a measly 54,000 jobs in May while the unemployment rate rose 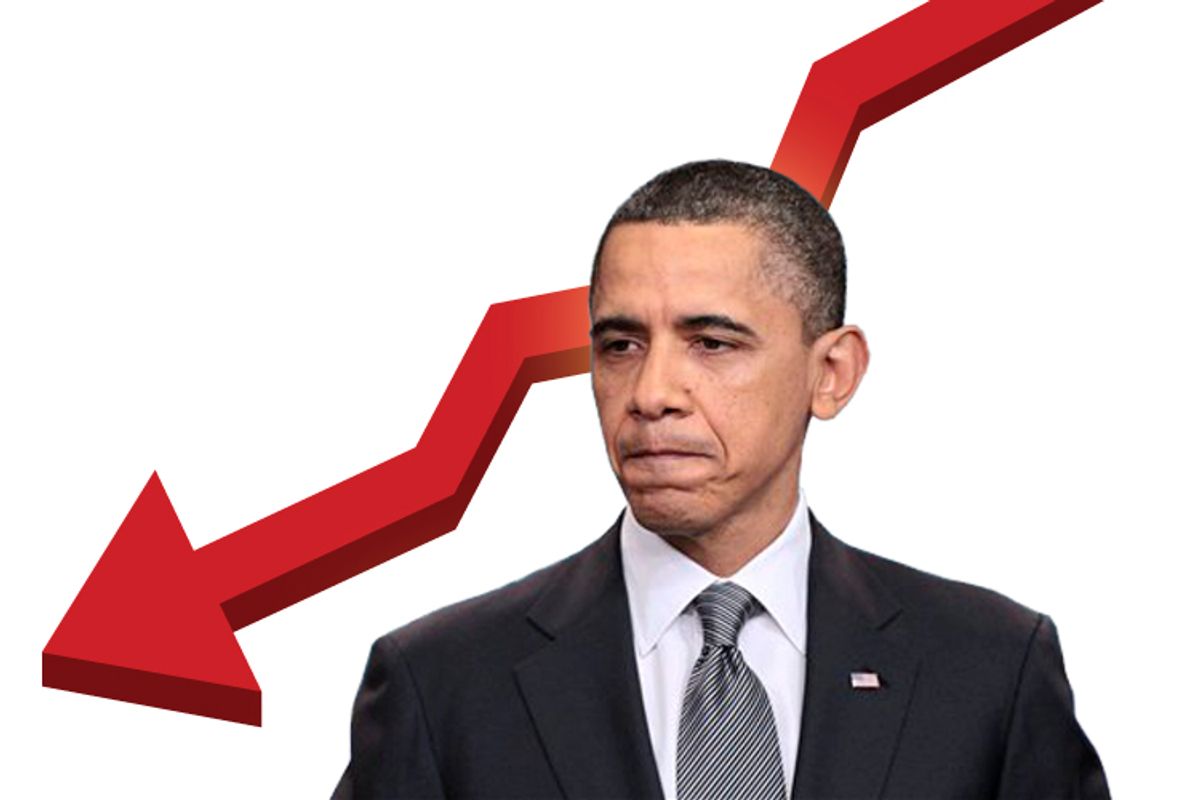 In this May 3, 2011 photo, Samantha Ferrara, 19, waits in line for a job fair to open, in Independence, Ohio. Employers added more than 200,000 jobs in April for the third straight month, the biggest hiring spree in five years. But the unemployment rate rose to 9 percent in part because some people resumed looking for work. (AP Photo/Tony Dejak) (Tony Dejak)
--

There is only one good thing that can be reported about the news that the U.S. economy added only 54,000 jobs in May: At least the number was positive -- the economy is still gaining jobs.

But everything else in this report is grim.

From February through April, the economy had been averaging 220,000 new jobs a month. Not only do the May numbers represent an abrupt change in trend, but the Bureau of Labor Statistics also reported downward revisions for both March and April. The dire implications of a host of economic indicators in May are confirmed: The U.S. economic recovery is stalling out.

The unemployment rate rose from 9.0 to 9.1 percent, but not because of a rush of previously discouraged workers looking for jobs -- something you would expect to happen if the economy was improving. The labor-force participation rate and the employment-population ratio were both unchanged, indicating an essentially stagnant labor market. The number of long-term unemployed -- people jobless for 27 weeks and over -- increased by 361,000 to 6.2 million.

Austerity continues to be a drag. Local government payrolls declined by 28,000 -- a trend we can expect to see continued as budget cuts at both the state and federal level work their way through the system.

One should never make too much of any single economic indicator, and we've seen in the past that the jobs numbers can be subject to significant revisions down the line. But the most distressing aspect of the May labor report is that it does not come as a surprise -- if anything, the only thing to be relieved about it is that the numbers weren't even worse. GDP growth has been slumping for months, and the rise in weekly claims for jobless benefits have been flashing an alarm signal since April. The trend is headed in the wrong direction, and now the tension over what happens next will immediately start to mount.

What's to blame for the bad news? There are a host of likely culprits. The Fukushima earthquake sent that nation into recession and delivered a huge hit to the auto industry. High gas prices have taken a toll on consumer spending. The end of stimulus spending, combined with government budget cuts, is likely sucking aggregate demand out of the economy.

We've seen this pattern before in the Obama administration -- early signs of recovery turning dim as external shocks depressed economic activity. But the most dispiriting thing about the new numbers is the sense that there will be no government response to them -- aside from even more budget cuts.