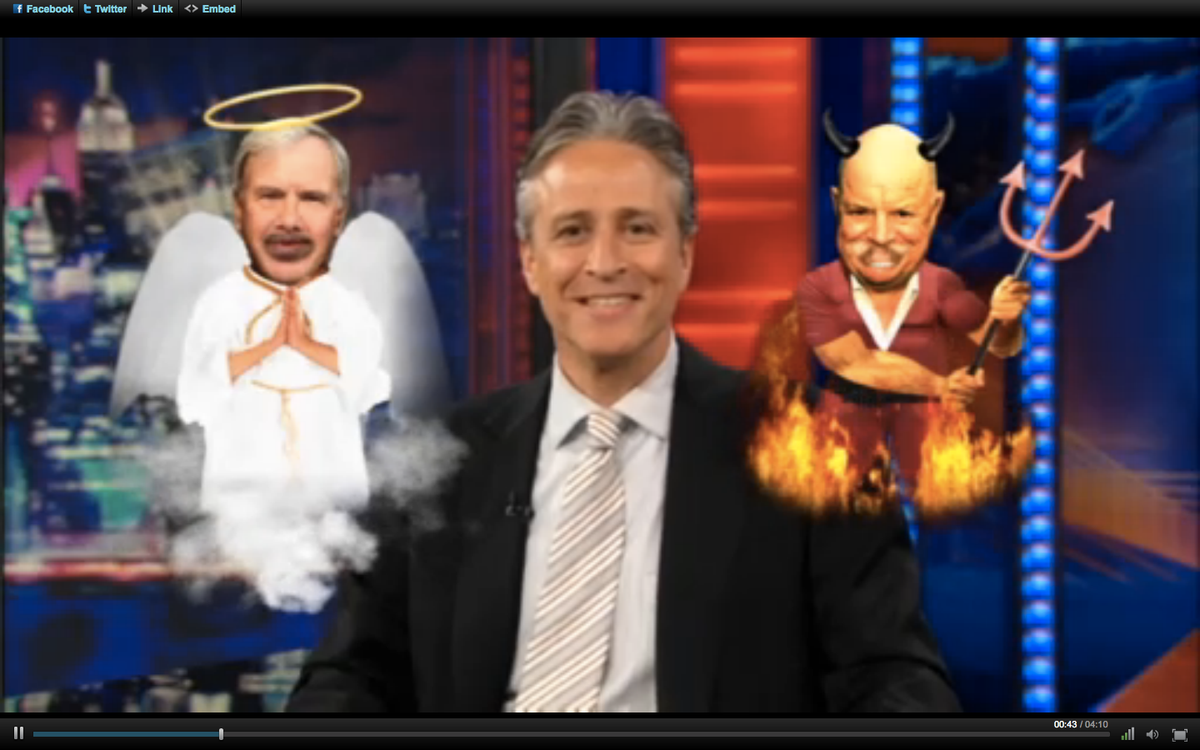 By his own admission, Jon Stewart is struggling to decide how to cover "Weinergate" on "The Daily Show" (that's not to say he hasn't devoted plenty of time to the issue over the past few days). On the one hand, he says, the situation is a comedian's dream; on the other, he and Rep. Weiner are old friends.

Last night, Stewart was visited by Tom Brokaw and Don Rickles (well, fantasy versions of the pair) who attempted to sway him -- Brokaw by chanting "Facts, truth, judgment!" as Rickles shouted "Weiner's wiener!" over and over.

It quickly descended into what Stewart could only call "the full politician sex-scandal soul-singer blowout,"  in the course of which the comedian finally told his friend: "I'm asking you against my own interests as a comedian: just tell the truth."