The former Democratic star allegedly took $900,000 in illegal donations to pay for his mistress' living expenses 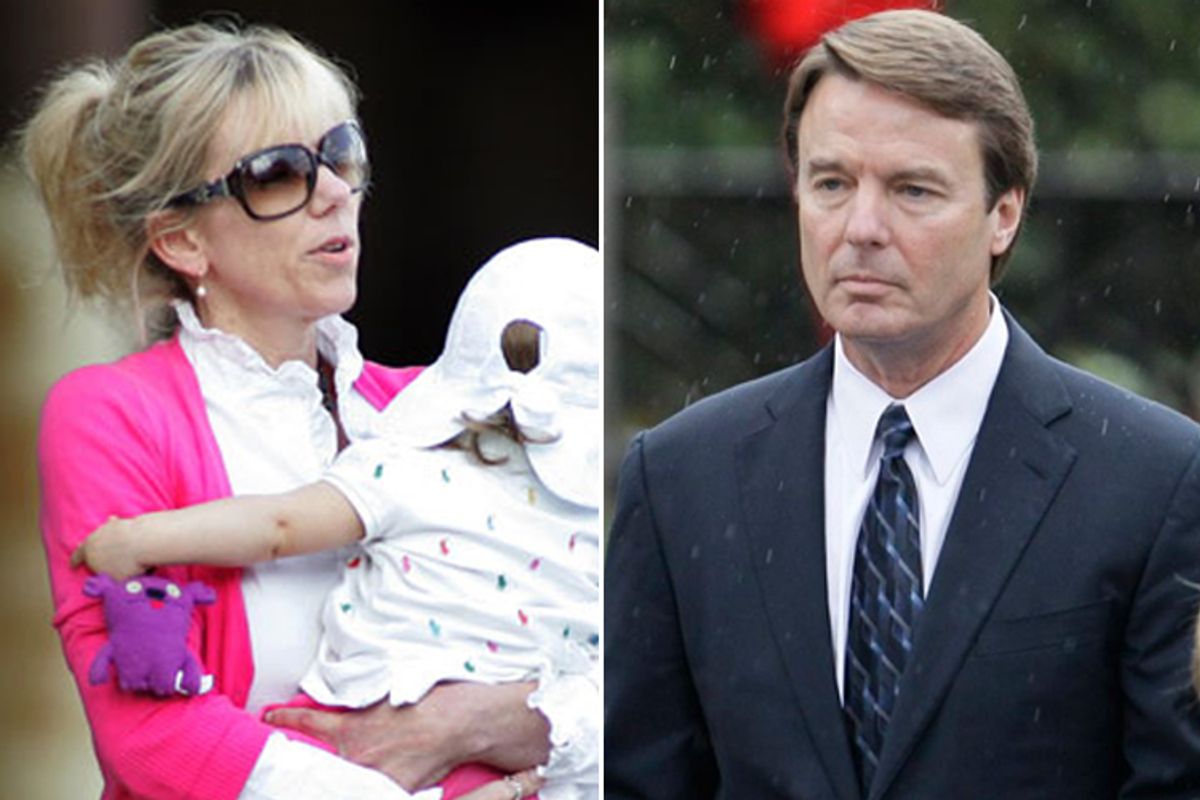 John Edwards was indicted today, charged with violating campaign finance law and making false statements in connection with the cover-up of his affair with videographer Rielle Hunter.

The basic allegations are well known: that Edwards accepted hundreds of thousands of dollars in illegal campaign contributions in order to pay for living expenses and medical bills for Hunter, Hunter and Edwards' child, and Edwards aide Andrew Young, who had falsely claimed paternity of the child and was on the run from the media. The money -- amounting to $900,000 -- allegedly came from the wealthy heiress Bunny Mellon, along with Edwards fundraiser Fred Baron.

But the indictment is the first time we've seen a coherent narrative from the government in the case, and it includes some fascinating details. It alleges, for example, that Mellon wrote a series of checks for as much as $200,000 to be funneled to pay Hunter's expenses. But in the memo section of the checks Mellon wrote "chairs" or "antique Charleston table" or "book case."

The indictment also alleges that Baron paid for luxury accommodations for Hunter and Young, including a $25,283 bill for the Four Seasons Hotel in Santa Barbara, Calif., in January 2008. Baron also allegedly gave Young an envelope with $10,000 cash and a note reading, "Old Chinese saying: use cash, not credit cards!"

And here's the indictment: