Your guide to beating up celebrities

Slide show: How to obliterate Jon Hamm, Zach Galifianakis and others -- plus the stars' rebuttals 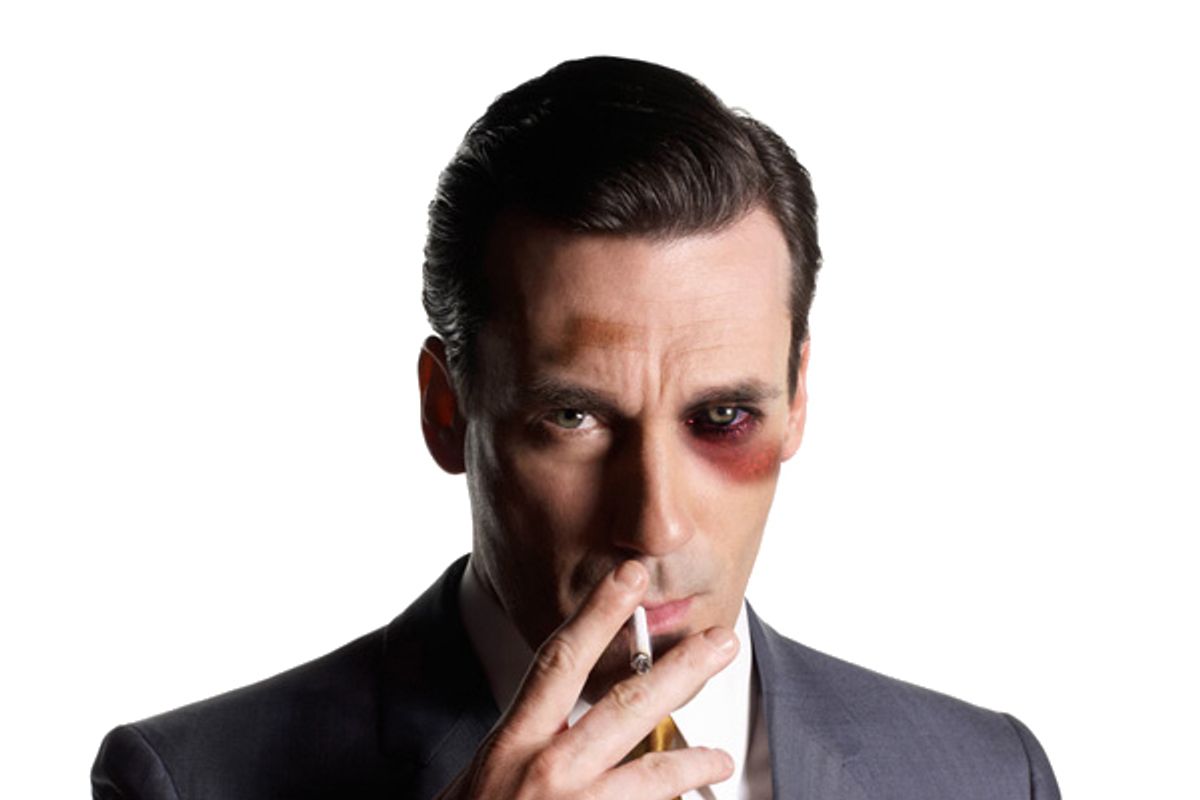 The world around you is a dangerous place. It's teeming with vicious men and women, savages, thugs, dictators, unspeakable creatures, seafaring miscreants, syphilitic tyrants, and ex-cons in it for one last shot at the big time (who define "the big time" as beating you senseless and then taking your money and your lucky hat). Look around you. Every single interaction has the potential to go south in an instant: that guy browsing the magazines, that lady sipping a latte, that toddler pretending to skip carelessly about while his propeller hat spins in the wind -- every one of them is secretly mulling a scenario that ends with them kicking you square in the junk.

Sure, the world also contains kittens, baby otters, and charming old men on porches who spin yarns, but how long before they, too, decide to turn on you? Are you THAT likable?

Can you really afford to go through life assuming this will never happen? And that's just the real stuff. What about fictional characters? Is magic real? I have no idea, but if it is that opens you up to a whole other group of potential attackers.

I'm here to help you navigate our treacherous modern-day world. I am an orange belt in tae kwon do, a veteran of almost half- a-dozen jujitsu lessons, and I possess an underground boxing record of 0-1. I've suffered detached retinas, two herniated discs, and once broke my hand punching a wall. My high school fight record was 6-1-1. Are you familiar with Bruce Lee? Well, so am I.

The celebrity is the ultimate, most prized, and cherished evolution of the lowly human. Whether they did something great, or something truly awful, matters little. They have achieved the pinnacle. Having attained this position, after a brief period of bliss, the rest of the humans will seek to tear down the "celebrity." They do it metaphorically. I don't.

Kevin Seccia is a writer and stand-up comedian who has appeared on CBS's "The Late Late Show" and Comedy Central's "Premium Blend." He has written for Ellen DeGeneres, numerous live-action and animated shows, and was a staff writer on G4's "Attack of the Show." Visit his website at KevinSeccia.com and follow him on Twitter at @KevinSeccia.