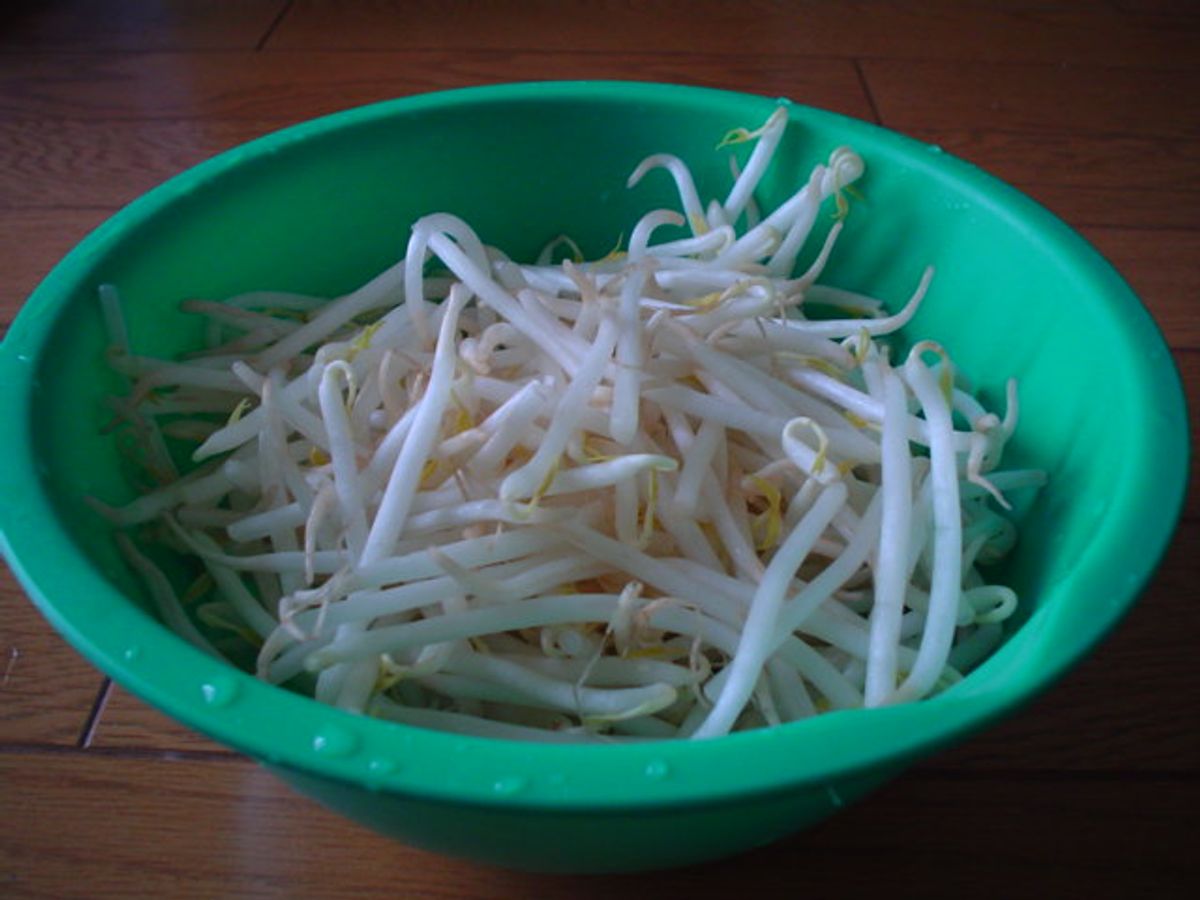 German agricultural authorities on Sunday identified locally grown beansprouts as the likely cause of an E. coli outbreak that has killed 22 people and sickened over 2,200 others in Europe.

"Bean sprouts have been identified as the product that likely caused the outbreak," Hahne said. "Many restaurants that suffered from an E. coli outbreak had those sprouts delivered."

Hahne said the sprouts were grown on a farm in Lower Saxony in northern Germany. He did not elaborate but planned a news conference later Sunday.

Hahne said while official test results have not yet conclusively shown that the Lower Saxony-grown sprouts were to blame, "all indications speak to them being" the cause.

He also said authorities would still keep their warning against eating tomatoes, cucumbers or lettuce in place for now.

The crisis is the deadliest E. coli outbreak in modern history.

The head of Germany's national disease control center raised the death toll to 22 Sunday -- 21 people in Germany and one in Sweden -- and said another 2,153 people in Germany have been sickened. That figure includes 627 people who have developed a rare, serious complication that can cause kidney failure.

The World Health Organization said 10 other European nations and the U.S. have reported a total of 90 other victims.

Earlier in the day, Germany's health minister fiercely defended his country's handling of a deadly E. coli outbreak as he toured a hospital in Hamburg, the epicenter of the crisis.

The comments by Health Minister Daniel Bahr seemed to reflect a sharp U-turn in his public response to the crisis and came after Associated Press journalists reported on the chaos and unsanitary conditions in the emergency room of the same hospital, the University Medical Center in Hamburg-Eppendorf.

Prior to his visit, Bahr admitted that hospitals in northern Germany were overwhelmed and struggling to provide enough beds and medical care for patients stricken by the bacterial outbreak, and suggested that other regions start taking in sick patients from the north.

But after one E. coli survivor told the AP that sanitary conditions at the Hamburg hospital were horrendous when she arrived with cramps and bloody diarrhea, Bahr announced his visit and changed his tune.

Bahr told reporters that, despite capacity problems at some hospitals, German medical workers and northern state governments were doing "everything necessary" to help E. coli victims.

"I witnessed how the employees in the institutions have been working intensively and informing patients early and transparently" about their conditions, Bahr said.

Bahr said he wanted to see the situation firsthand and talk to physicians and nurses who have been working overtime and double-shifts for weeks since the crisis began May 2.

Nicoletta Pabst, 41, told the AP that sanitary conditions at the Hamburg-Eppendorf hospital were shocking and its emergency room was overflowing with ailing people when she arrived.

"All of us had diarrhea and there was only one bathroom each for men and women -- it was a complete mess," she said Saturday. "If I hadn't been sick with E. coli by then, I probably would have picked it up over there."

After waiting three hours to be seen, Pabst was told to go home because her blood levels did not indicate that she had kidney failure. When her symptoms deteriorated sharply, she had to return by ambulance the next morning and was treated for a week at a different hospital. Her children were blocked from going to school.

Jan Kielstein, a nephrologist at a hospital in Hannover, told the Tagblatt newspaper that staffers there were working day and night to treat E.coli patients.

"Some employees even canceled their vacations and they are highly motivated to help in this serious situation," he said.

Oliver Grieve, spokesman for the Schleswig-Holstein University Hospital in the northern city of Kiel, told Spiegel Online that "our personnel is working round the clock ... they voluntarily come in on weekends and even sleep here." He said additional ER nurses had come up from southern Germany to help and even the hospital's cleaners were working overtime.

Critics had earlier questioned the slow pace of Germany's investigation, with the medical director of Berlin's Charite Hospitals, Ulrich Frei, saying that health experts should not have waited a month before interviewing patients.

Fear of the aggressive E.coli outbreak also spread to countries outside Europe.

The Gulf nation of Qatar on Sunday temporarily banned imports of fresh cucumbers, tomatoes and lettuce from Spain and Germany and insisted all other fresh fruit and vegetables from Europe carry a health certificate declaring they were free of E. coli.

Lebanon banned all vegetables from the 27-nation European Union while the United Arab Emirates banned cucumber imports from Spain, Germany, Denmark and the Netherlands.

Russia on Thursday also banned vegetables from the entire EU to keep the outbreak from spreading east, a move the EU called disproportionate and Italian farmers denounced as "absurd." No E. coli infections have been reported in Russia.