Photographs and raw footage of an eruption that has so far displaced 3,500 people 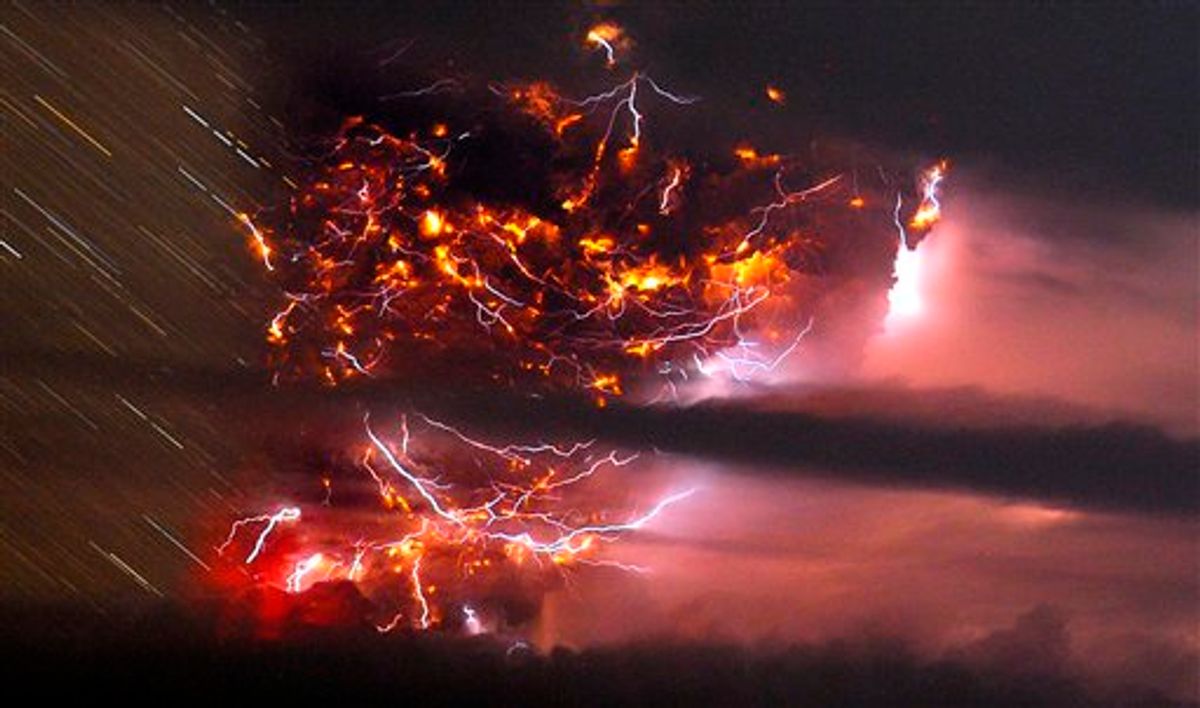 Volcanic lightning is seen over the Puyehue volcano, over 500 miles south of Santiago, Chile, Sunday June 5, 2011. Authorities have evacuated about 600 people in the nearby area. The volcano was calm on Sunday, one day after raining down ash and forcing thousands to flee, although the cloud of soot it had belched out still darkened skies as far away as Argentina. (AP Photo/Francisco Negroni, AgenciaUno) CHILE OUT, NO PUBLICAR EN CHILE, NO SALES (Ap, Francisco Negroni, Agenciauno)
--

This morning's news that an estimated 42 million people were displaced by natural disasters in 2010 comes quick on the heels of a volcanic eruption in Chile that has caused 3,500 people to flee their homes.

According to AP, the eruption, which started on Saturday afternoon and continued throughout the day on Sunday, produced an ash cloud six miles high. No related injuries or deaths have been reported.

Ash from the Chilean volcano has blanketed a wide area -- including parts of Argentina -- and caused a Chilean-Argentinian border crossing to be temporarily closed. The Puyehue-Cordon Caulle chain of volcanoes, where the eruption took place, has lain dormant for more than 50 years.

Scroll down for astonishing images and raw footage of the eruption.

A column of smoke and volcanic lightning are seen over the Puyehue volcano [AP/Francisco Negroni, AgenciaUno]: A column of smoke and ashes emerges from the volcano [AP/Martin Iniguez]: