Newt Gingrich is on a lovely cruise

The Republican Party's Idea Man takes to the sea 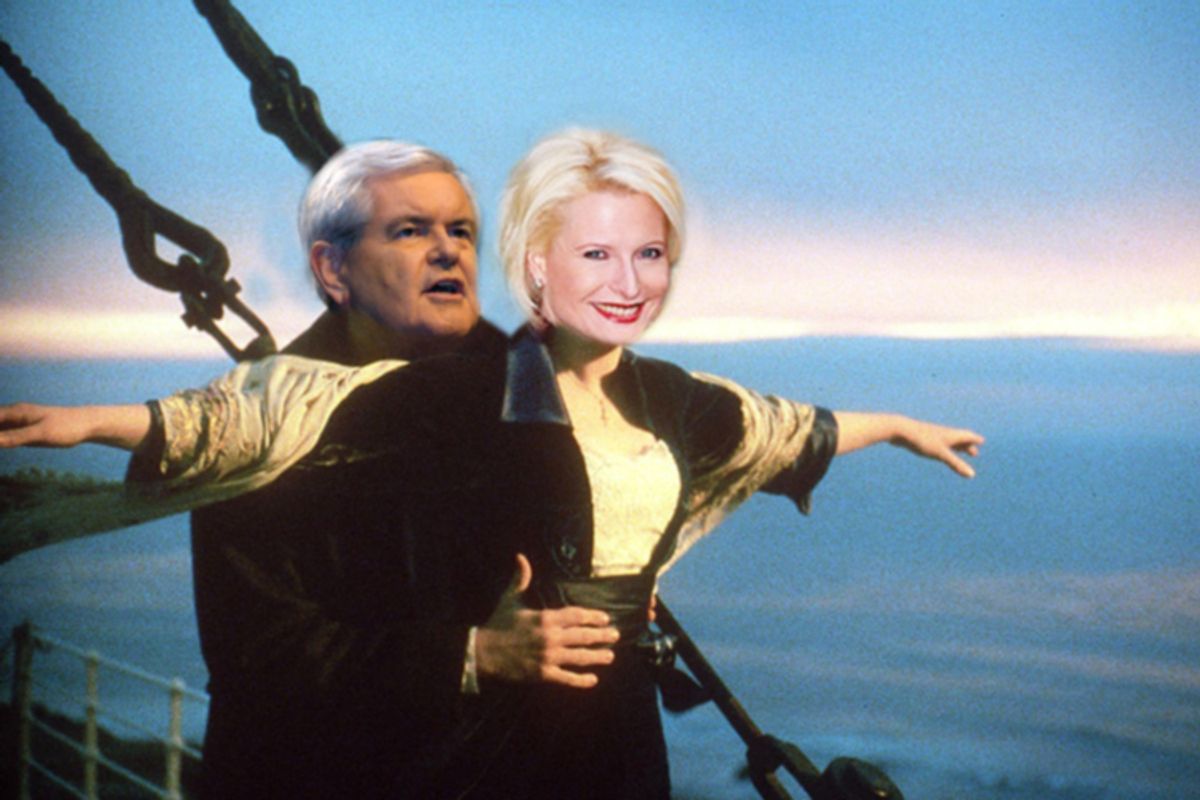 Newt Gingrich has decided, like John McCain before him, to suspend his presidential campaign in order to go off and solve a devastating world crisis. He is, after all, the Republican Party's idea man, and with the power of his incredible intellect comes the responsibility to aid people in danger, wherever they may be.

That's why he is on what seems at first glance to be a luxurious cruise liner, where week-long cruises start at $2,499 a person, with his wife, Callista. But look at where that cruise ship -- the Seabourn Odyssey -- set off from: Greece! Newt Gingrich is clearly using his many thousands of ideas to save Greece from its sovereign debt crisis. (Idea No. 1: Have the pope annul your debt?)

As for what he's doing in Turkey, where the ship docked today, he is probably personally stopping the next killer humanitarian aid flotilla from heading for Gaza.