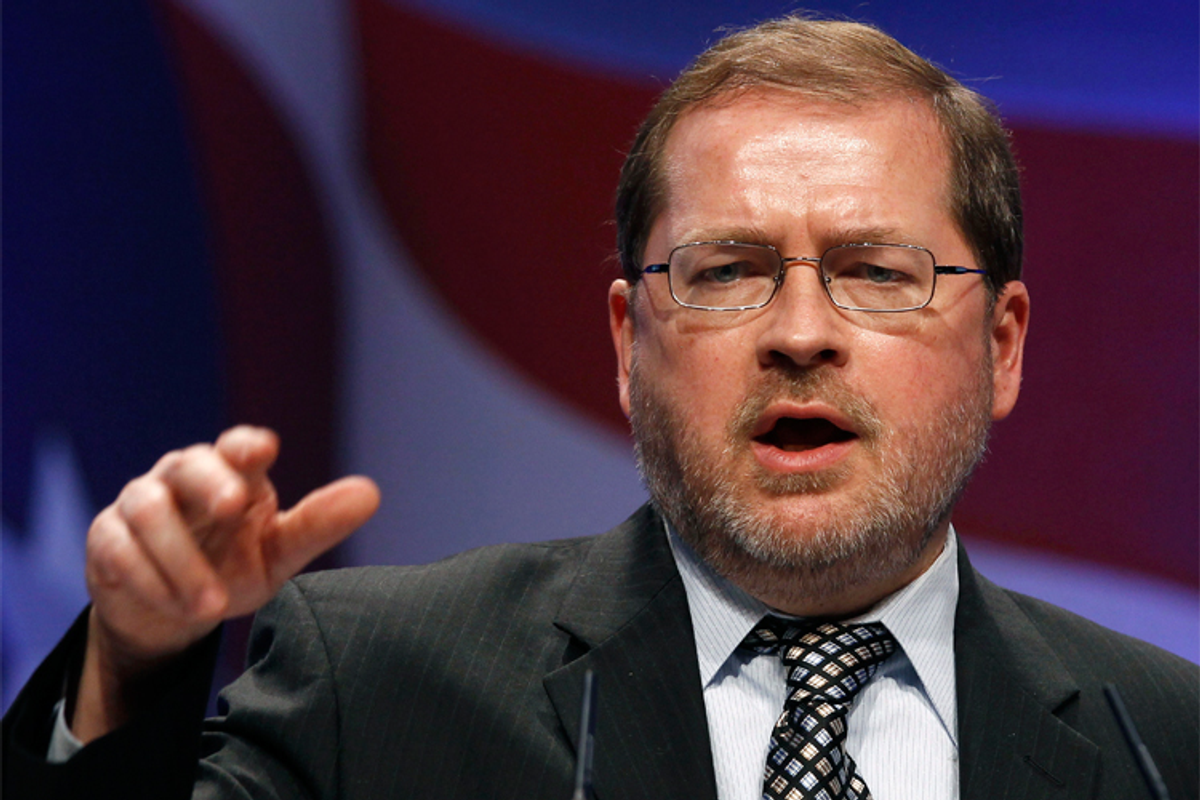 In the annals of Orwellian Newspeak, Grover Norquist, president of the libertarian group Americans for Tax Reform, may have established a new precedent for what kind of logic-defying propaganda is accepted in our political discourse -- and for what journalists will uncritically reprint sans context or question.

In Monday's Washington Post story on how deep the anti-tax fervor runs inside the Republican Party, Norquist is quoted criticizing three Republicans, including Sen. Tom Coburn (Okla.), for considering anything other than cutting government programs like Medicare and Medicaid as a solution to the national debt. As the Post reports it (emphasis mine):

Norquist compared Coburn, the most outspoken of the Senate trio, to a "malignant" cell in the body politic. "So," Norquist said, "we use chemo and radiation to protect all the healthy cells around it, so it doesn't grow and metastasize."

Orwell long ago warned of a political system that would insist with a straight face that "war is peace, freedom is slavery and ignorance is strength." But my guess is that he never envisioned one of the leaders of a major political party claiming that curing cancer is actually cancer -- and my guess is that he certainly never envisioned one of the world's leading newspapers printing that allegation without at least questioning it's logic.