At the Federal Reserve, another big win for the GOP

Republicans succeed in blocking the appointment of an expert on unemployment. Is it Obama's fault? 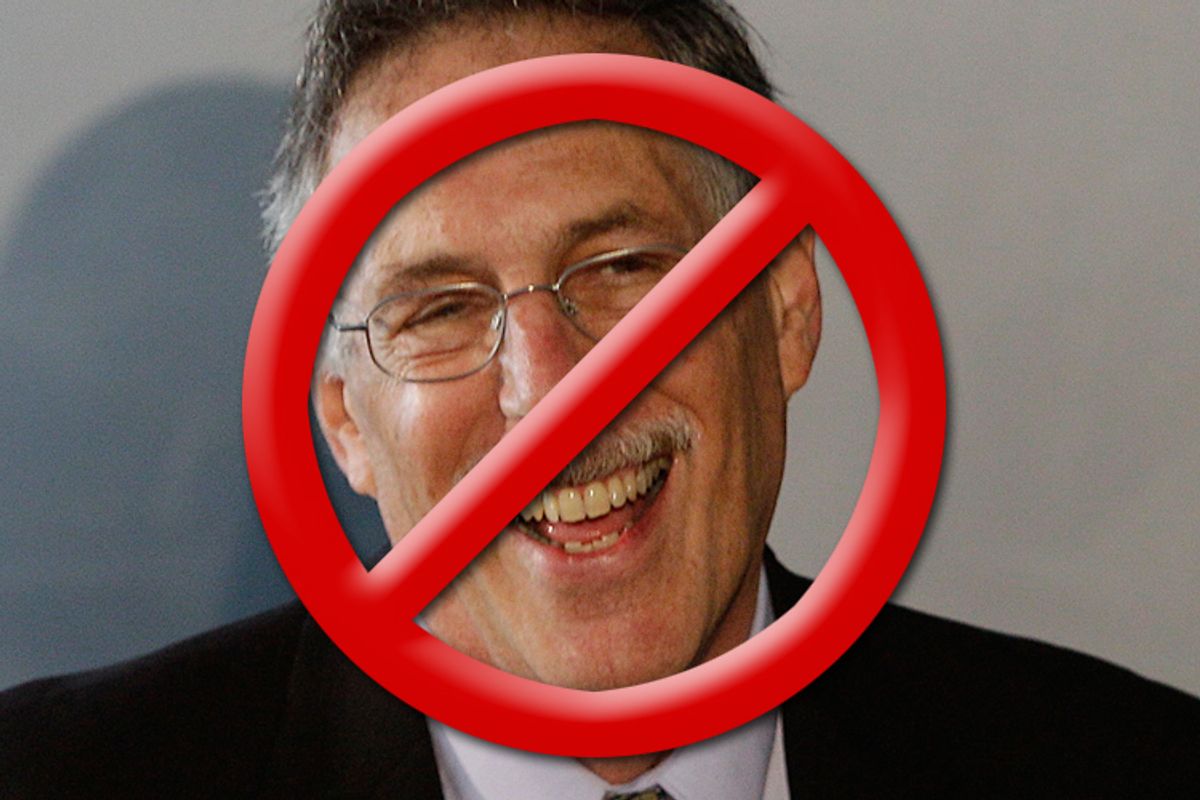 Peter Diamond, the Nobel Prize-winning economist nominated by President Obama to a seat on the Federal Reserve Board of Governors, couldn't have picked a better time to announce that he was withdrawing from consideration for the position.

On Friday, the latest government jobs report indicated serious weakness in the U.S. labor market. The Federal Reserve's dual mandate includes keeping inflation down and employment up. Diamond is an expert on labor market theory. With those facts in mind, one might reasonably think that the Federal Reserve would benefit from his expertise. But after sustained opposition from the GOP, led by Alabama Sen. Richard Shelby, Diamond is giving up.

And that, in a nutshell, is the state of economic policymaking in the United States. At a time when unemployment is the top economic and political priority, a Nobel Prize-winning expert in labor market theory can't get a job for the government working on the problem at the institution that could have the most influence on the problem.

There is an immediate impulse, on the left, to blame Obama. If he didn't have the guts to make a recess appointment, then why couldn't the White House  at least have made a bigger push for him? There's something wrong with the fact that the strongest public presentation of his qualifications came in a New York Times opinion piece written by Diamond himself to explain why he should have been appointed.

But that doesn't fully absolve Obama. Matthew Yglesias is on the money:

Back when Shelby was a lone voice holding Diamond up in the 111th Congress, there was no high-profile criticism forthcoming from the Senate Democratic leadership or the White House. No encouragement was given to outside progressive voices to write about this and no surrogates were dispatched in the press to try to put the nomination over the finish line. What's more, by the time Diamond's name was even put forward the seat in question had lingered vacant for over a year so it was difficult for the White House to argue that it was an urgent post. And yet it was an urgent post, and the administration should have acted with much more dispatch to put names forward and press the 111th Congress to confirm them. The moral blame for the Fed situation should rest with Shelby and monetary cranks like Ron Paul and Paul Ryan, but the administration has made serious tactical and strategic blunders here.

But let's not go overboard on the Obama scapegoating here. Republican opposition to Obama's appointments, at every level, has been unyielding to an extent unprecedented in historical memory. While it is definitely true that the White House could be making a bigger push for its judicial appointments, for Elizabeth Warren at the Consumer Financial Protection Bureau and everywhere else, it's not at all clear that that would make any practical difference. The votes aren't going to be there. At least half the blame for paralysis on the Fed front has to be placed on Shelby, who welcomed Diamond's resignation by ,It would be my hope that the president will not seek to pack the Fed with those who will use the institution to finance his profligate spending and agenda."

Match that rhetoric with Diamond's own self-justification of his qualifications and decide for yourself who is more engaged with the challenge of devising the right economic policy for the United States at this juncture in time:

But understanding the labor market -- and the process by which workers and jobs come together and separate -- is critical to devising an effective monetary policy. The financial crisis has led to continuing high unemployment. The Fed has to properly assess the nature of that unemployment to be able to lower it as much as possible while avoiding inflation. If much of the unemployment is related to the business cycle -- caused by a lack of adequate demand -- the Fed can act to reduce it without touching off inflation. If instead the unemployment is primarily structural -- caused by mismatches between the skills that companies need and the skills that workers have -- aggressive Fed action to reduce it could be misguided.

A president who comes into office after a huge economic crisis that occurred on the watch of the opposition party ought to be able to make his own appointments to institutions such as the Federal Reserve. The fact that he can't isn't just another sign that government is broken now, but also a promise that it will be broken even further in the future, as Senate Democrats retaliate against whomever the next Republican president attempts to put into meaningful positions of power.