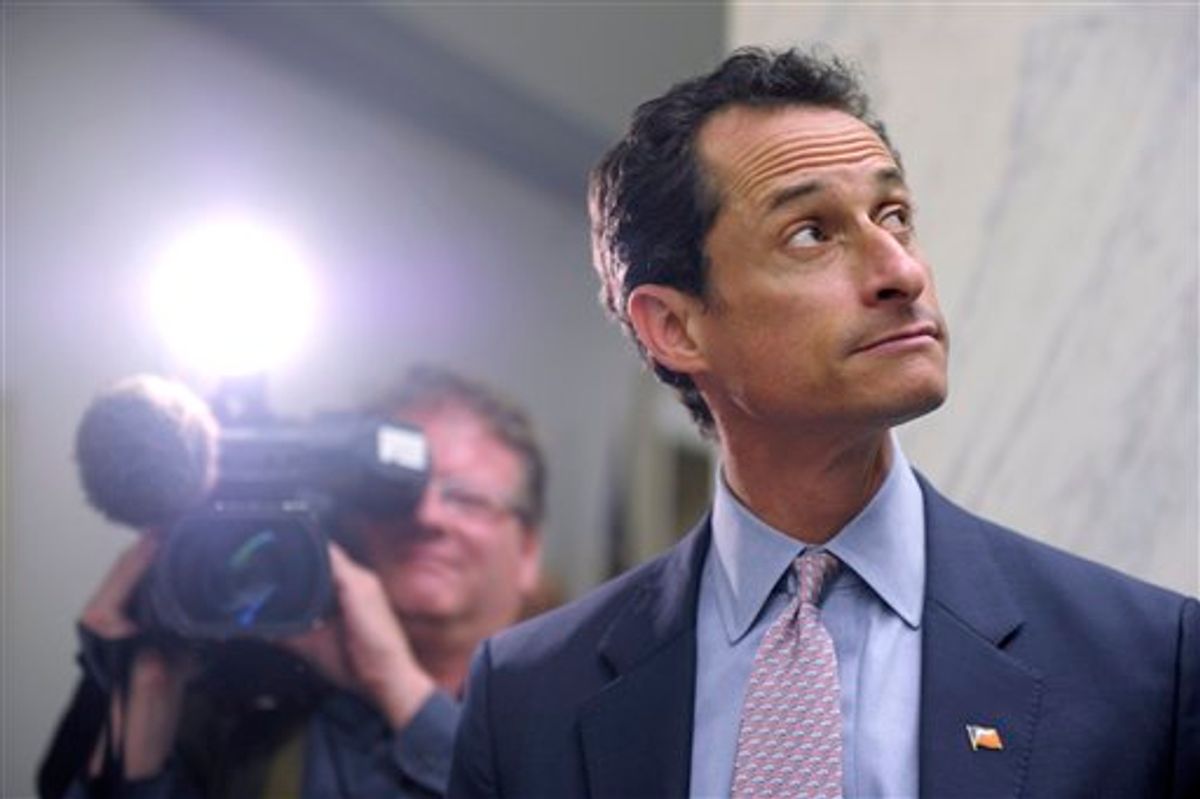 Sen. Chuck Schumer and Gov. Andrew Cuomo made sure to make it. New Jersey Sen. Frank Lautenberg was there, for some reason. Bill Thompson, the man who threw the last mayoral election to Mike Bloomberg after Weiner cowardly declined to run, was there. Charles Rangel, no stranger to scandal, was there. Weiner was not. (And none of those people really wanted to talk about him.)

Skipping the Salute to Israel parade is a much bigger deal than skipping out on a speech in Wisconsin for the embattled congressman. He wants very much to be mayor of New York City, and the last time he wanted to be mayor he spent a lot of time very vocally saluting Israel and viciously attacking all its critics. Usually, if there are cameras and an opportunity to announce one's love for Israel, Weiner shows up and delivers.

Meanwhile, Andrew Breitbart says he's releasing loads of pictures and things from Weiner to someone or other. As always, you should assume he's lying about whatever material he has.