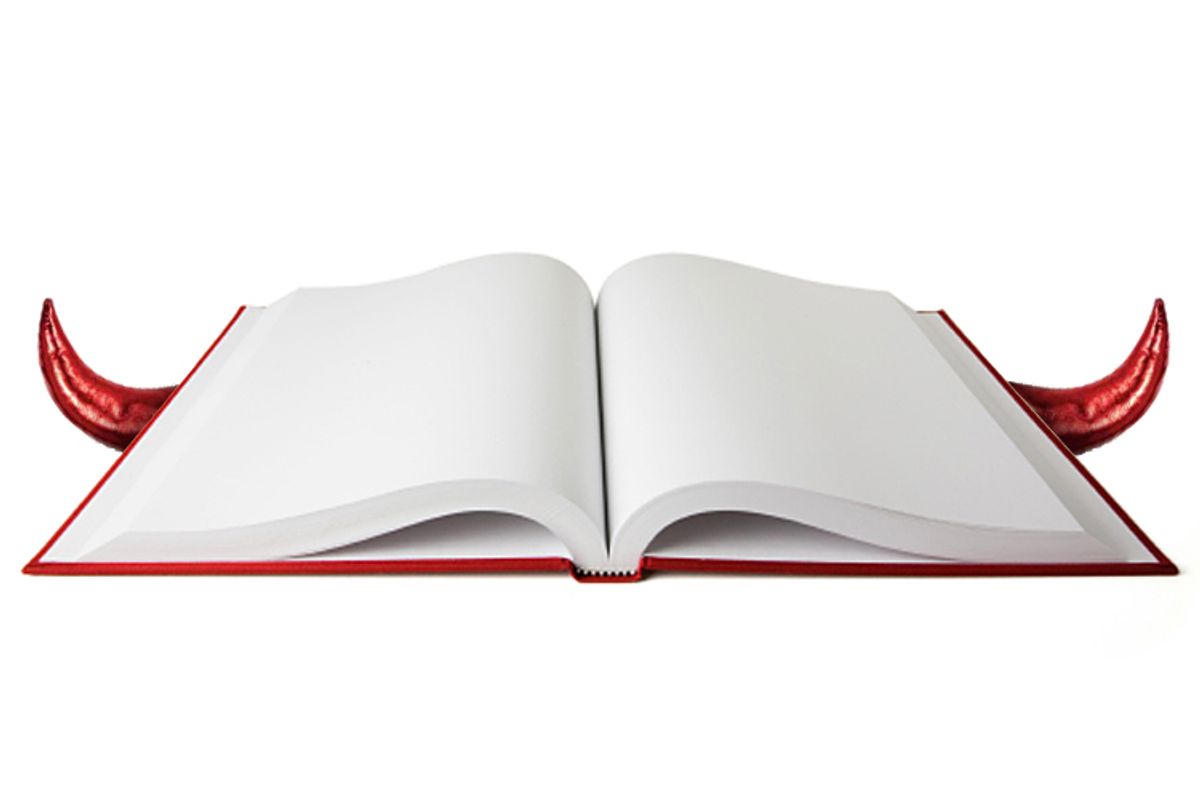 A reader, prompted by last week's commentary on whether great books can make you a better person, wrote in to ask a related question. Her favorite author is Charles Dickens; his books have been beacons for her. While she'd like to know more about him, she recalls reading long ago that Dickens behaved badly in his personal life. Should she investigate further, even though she worries that this will lead her to "doubt the impression I always had of Dickens: that he was a kind, sensitive soul who had suffered as a child"?

As if hell-bent on providing further illustration of this dilemma, Nobel laureate V.S. Naipaul played the provocateur last week by announcing that he is a better writer than any woman who has ever lived. He offered a variety of reasons for this state of affairs, none of them worth repeating. While his remarks lacked intellectual content, his antics did inspire some thoughtful responses, many of which have pointed out that talented artists can be reprehensible people.

If Dickens sometimes behaved badly, Naipaul is unquestionably a bad man, notorious for his floridly abusive relationships and bigoted ideas. Does this diminish his work? Naipaul's fiction is not to everyone's taste, but the grace of his prose and the power of his early books, especially "A Bend in the River," is hard to deny; I admired much of that novel even as I gritted my teeth over its blinkered depiction of Africans. "A House for Mr. Biswas" is a veritable touchstone for New Yorker critic James Wood, a tough crowd if there ever was one.

For myself, I ended up feeling that Naipaul's prejudices (less glaring in his earlier books, but still evident and clearly fueled by cultural insecurity) bar him from the sort of insight that renders a novelist truly wise as opposed to merely smart. Other writers make for more ambiguous cases. T.S. Eliot was an anti-Semite, Virginia Woolf a snob and Ezra Pound a flaming fascist, but I'm not ready to shrug off "The Waste Land," "To the Lighthouse" or "The Cantos."

Charles Dickens' shortcomings, on the other hand, were more personal than political. (To make a long story short, he treated his wife cruelly.) This might seem less ideological and therefore less relevant to his work than, say, Eliot's anti-Semitism, were it not for the fact that Dickens wrote constantly about women and love, while Eliot seldom mentioned Jews. Dickens' ideas about women are an inescapable element of his fiction, and they surely affected his marriage as well.

Dickens' characters tend to be all good or all bad, with the heroines in particular resembling saints or angels. It's easy to see how a man with this mind-set might end up vilifying a woman for remaining in his life even after he stopped loving her. It must have been her fault, otherwise, he'd have to be cast as the bad guy.

While knowing about Eliot's anti-Semitism adds little to my reading of his poetry, the sad story of Dickens' marriage does enlarge my understanding of his fiction. However, I don't have as much at stake as the reader who wrote in asking for my advice. I may love Dickens' novels, but he's her favorite writer, which is something else entirely.

She's like the old college friend of mine who venerated George Orwell and was crushed to learn of his idol's often shabby romantic life. The more we get from an author's work, the more we tend to expect from the author; we want to believe that someone kind and sensitive enough to write "Little Dorrit" (or principled enough to produce "1984") would always conduct himself in a manner commensurate with the ideals expressed in his books.

Still, there's much to be said for getting past this form of hero worship. Bad eggs like Naipaul aside, most writers, like most people, are a mixture of the reprehensible and the admirable. Our own personal lives require that we learn to love people flaws and all. When you idealize someone, you can't truly know him or her, and that makes real, adult love impossible.

Most people begin figuring out how to do this in their teens. It's not an easy transition. Suddenly, every bad quality in our parents -- people who were like gods to us as children -- becomes a glaring, intolerable betrayal. They must be repudiated! We don't realize until years later that this is the first step on the long road to seeing our parents as they really are and forgiving them for being human.

Similarly, needing to believe that your favorite author lived in an exemplary way, embodying all the virtues of his best work, is an adolescent desire, passionate but ultimately unfair. Learning the truth is disillusioning at first, but enlightening in the end. Part of the sadly underrated process of growing up is realizing that people, the world and life are no less beautiful and amazing for being imperfect.

Does reading great books make you a better person? A critic says Jane Austen taught him to be a more decent man, but the world is full of well-read jerks

Naipaul's long history of behaving badly, from the Telegraph newspaper