A reminder to the mainstream press that trusting Mr. BigGovernment.com will get you burned again, soon 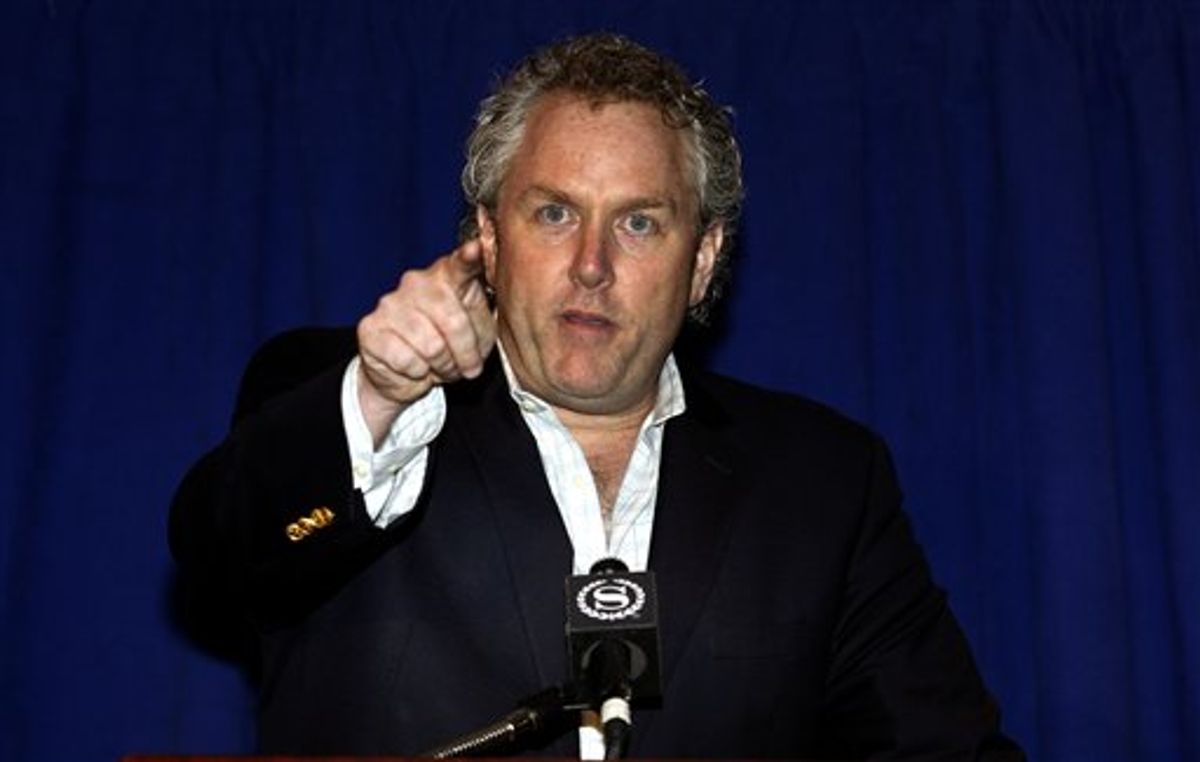 It is happening again! The press is aiding in the reputation-rehabilitation of an unstable, manic, self-aggrandizing right-wing provocateur with a history of botched attack jobs and a fungible personal interpretation of "truth," because they love a comeback story. Sure, the last time everyone began treating Andrew Breitbart as something other than a sideshow performer, they all got burned, but hey, this Weiner thing held up! That means he has been vindicated, about everything, and it is time to defund ACORN again.

The New York Times has one of those stories that doesn't actually say anything about how Breitbart is desperately seeking legitimacy and validation from the MSM that he has also supposedly dedicated his career to overthrowing. Breitbart had a sit-down with Matt Lauer this morning to explain that he feels sorry for Weiner but still might release the really dirty picture. "Breitbart boosts cred with Weiner confession," CBS reports. I realize the objective press doesn't see it this way, but one shouldn't win and lose "credibility points" like chips at a blackjack table. One is credible if one is credible, and the fact that an unreliable source is sometimes correct doesn't make that source suddenly trustworthy.

Just look at ACORN, Breitbart's biggest coup prior to Anthony Weiner's admission that he enjoys sexting. Breitbart posted deceptively edited clips with text that misrepresented the conversations that were being secretly videotaped. Breitbart has basically admitted that he never actually checked the full tapes before publishing the stories. As for Shirley Sherrod, he either intentionally and maliciously smeared her or, again, he never bothered to check the whole tape before publishing. He "reported" that ACORN's Bertha Lewis visited the White House, and when it was revealed that it was a different Bertha Lewis with a different middle initial, he alternated wildly between admiring himself for correcting his original report and claiming that he still thinks it was the ACORN Bertha Lewis. Oh, then he also said that the White House planted people with well-known names on the visitor logs in order to trick Andrew Breitbart into publishing falsehoods. It's not hard to trick Andrew Breitbart into publishing falsehoods! Just email him falsehoods, and he'll publish them.

Before he sponsored James O'Keefe there was pseudo-gonzo asshole Pat Dollard, a meth-addicted Hollywood agent who became a right-wing folk hero for going to Iraq and play-acting at being a soldier in support of Bush's idiotic war. Breitbart thought he was a genius who'd teach the kids today to love combat through fast editing and viral marketing.

He gets defensive about his drinking, the review copies of his new book revealed that he's signed on to the idiotic conspiracy theory about Bill Ayers ghostwriting "Dreams From My Father," his sites are still smearing innocent people with deceptive videos as of a month ago, and I could go on, but the basic idea is this man is still ridiculous.

The fact that Breitbart outsourced the actual "reporting" of this story to ABC News might help explain why it panned out better than some of his previous scoops. That's probably a good model to use, going forward! Just ignore everything he says unless actual legitimate reporters can confirm any of it. I'd say that Breitbart's stories should be treated with the same kid gloves that the MSM uses when handling exclusives from the National Enquirer, but at least the Enquirer has no agenda beyond selling copies. Breitbart aims to destroy the all-powerful network of leftists that he imagines runs the world, by any means necessary, and his mission is so important that he rarely lets the truth get in the way. Just please remember that next week when he claims he has STUNNING VIDEO of some minor government functionary or college professor announcing his secret plan to turn white kids gay in the name of social justice, or something along those lines.