Since then, household income fell, unemployment rose, GDP growth stalled. But they were good for the economy! 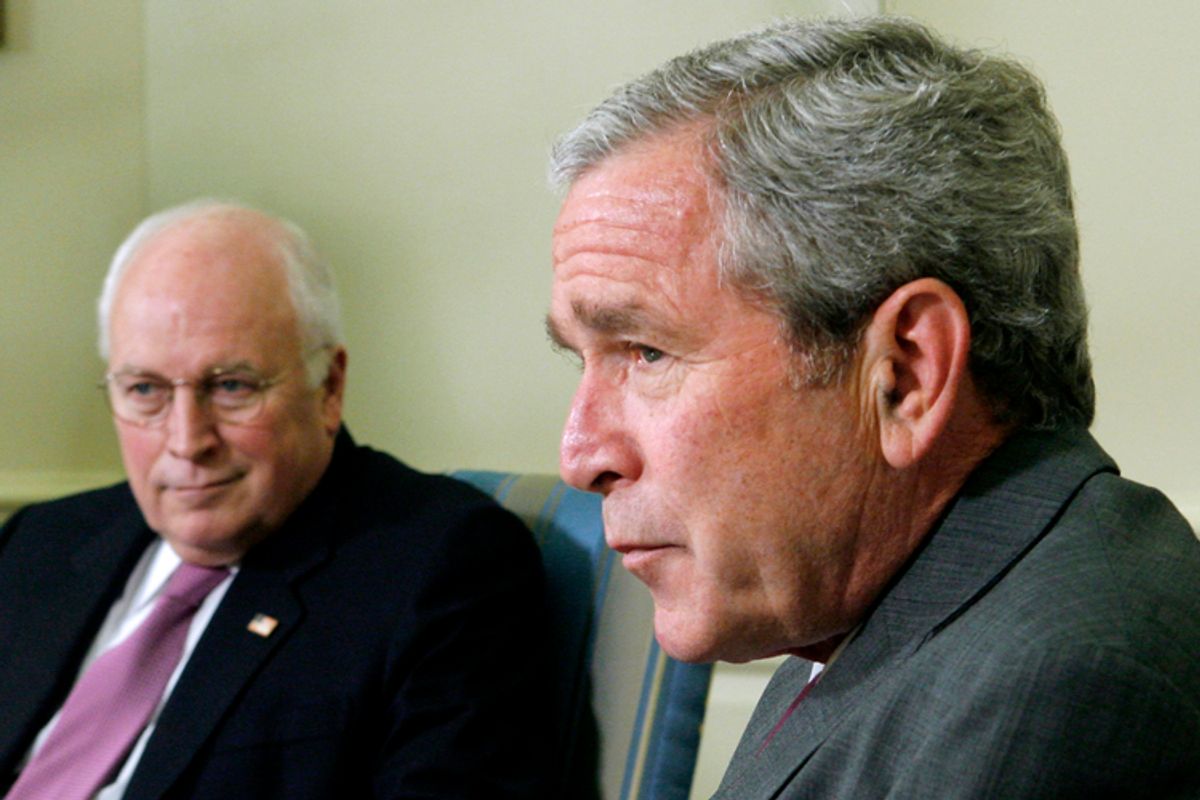 I know, a congressman confessed to Tweeting a crotch shot to a woman who is not his wife, along with other online indiscretions that may wreck his marriage. That's big news. The 10th anniversary of tax cuts that helped wreck the economy? Not so much.

But it's worth remembering how badly tax cuts worked in stimulating economic growth, as Republicans continue to claim more tax cuts will revive the economy. Most big economic indicators moved in the wrong direction since then, some horrifically.

Under the Bush-Cheney administration, the U.S. saw a series of historic economic lows, and overall, the slowest overall rate of economic growth since World War II. Household income declined for the first time since the Census Bureau tracked that data in 1967. Labor force participation had reached an all-time high in 2000, but dropped steadily under Bush; relatedly, the economy created fewer jobs than at any time since World War II.

What about the notion that tax cuts would unleash American entrepreneurialism? Didn't happen. In fact, the rate at which start-up companies created jobs actually fell between 2000 and 2010. (David Leonhardt debunked a lot of these claims in November of last year; Political Correction compiled a host of other studies here.)

One economic indicator did grow in that decade: The gap between rich and poor.

The Obama administration can rightly brag about the economy creating more private sector jobs in the last two years than George W. Bush saw in two full terms. Unfortunately, business job growth hasn't kept up with the sharp decline in public sector employment. And that decline is only hastened by the president's various deficit-cutting "deals" with Republicans. Of course, all this data was known before the decision to extend the tax cuts, including on the very top tax rates, at the end of 2010.

Talking about what the Bush tax cuts did to the economy is absolutely fair, but the economy is President Obama's problem now. His decision to focus on deficits while unemployment is still rising was bad for the economy, as well as bad for him politically. It would be nice if more political reporters fact-checked Republican claims that tax cuts will get the economy moving against actual data showing that they did the opposite. But the media would rather focus on an individual congressman's sexual misbehavior than the entire Congress's collusion in perpetuating that hoax. Something's wrong here – and it's not just Anthony Weiner's bad behavior.