The rebirth of grass-roots politics 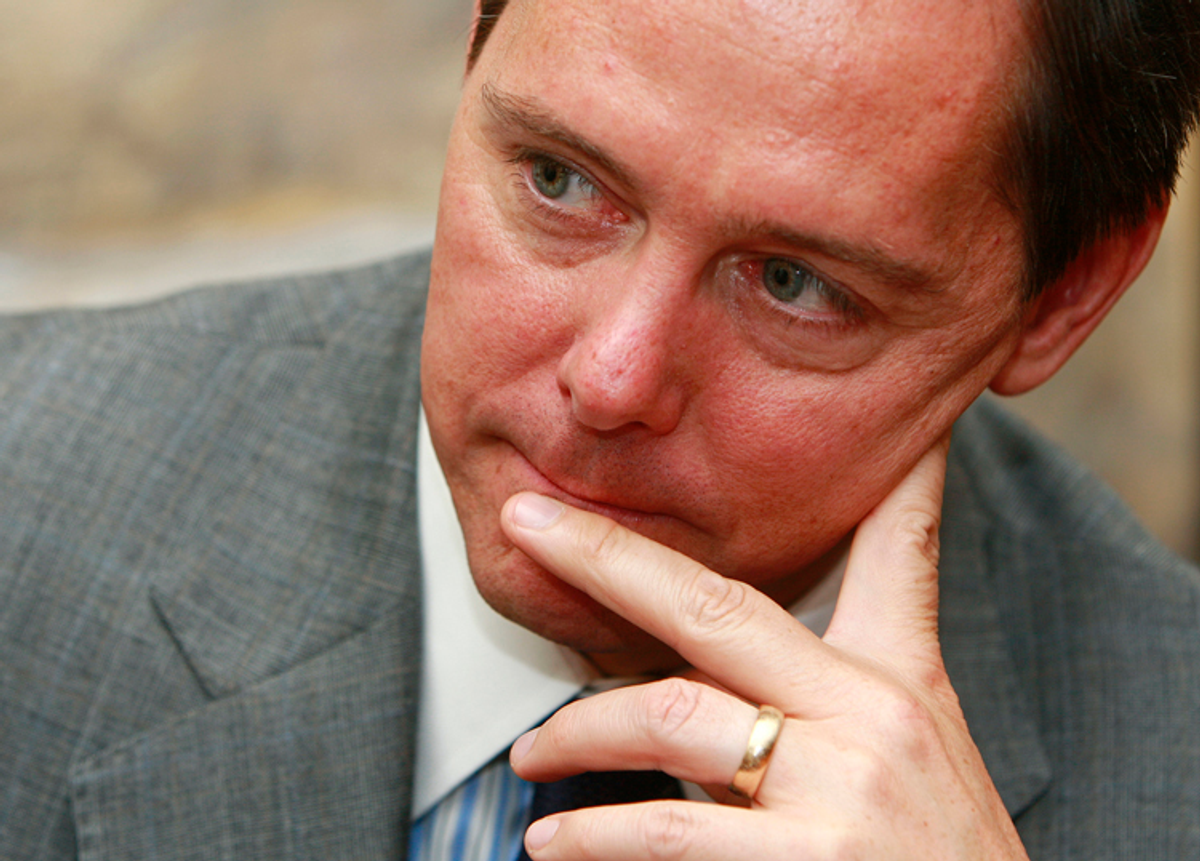 Liberal Schaudenfreuders of the world, heads up! If you get turned on by the epically humiliating downfall of Republican icons, then the recent New York Times profile of Ralph Reed is probably your kind of pornography. It tells the tale of the old Christian moralizer turned amoral Abramoff crony turned Christian moralizer pioneering a whole new brand of right-wing religious hypocrisy -- one we might call "Born Again... And Then Again."

Yet, as much as Reed's personal story reads like a insignificant-yet-devilishly-enjoyable pulp novel about an eminently detestable Bad Guy (slick suit, fake grin, shiny bouffant and all), the piece does includes a very important point about a powerful political revival. No, not the alleged revival of Reed's career that the Times' headline celebrates, but the far more surprising and significant revival of grass-roots politics at exactly the moment when it seems as if money has totally subverted our democracy.

Many other groups do similar work as [Reid's] Faith and Freedom Coalition, but usually with narrower constituencies and a less total focus on mobilizing voters, as opposed to lobbying and policy. Mr. Cox said it was impossible to tease out the contribution of any one group to an election, but that in an era of media saturation, street operations were actually more important than ever.

"People are jaded by all the slick ads and mail pieces," he said. "The opinion of a colleague or a friend can have so much more sway."

Cox is talking about what campaign operatives typically call "field" work -- that is, phone trees, rallies, get-out-the-vote efforts and all the other person-to-person outreach that campaigns engage in -- and that raw political power used to be constructed with before the television epoch.

However, since the rise of mass media (TV, radio, bulk mail, etc.) field has come to be seen as mere icing on the political cake -- perhaps necessary, but certainly not a priority in comparison to a campaign's media program. If you asked any consultant or operative in the last 30 years, they'd tell you: When it comes to major elections (congressional, mayoral, gubernatorial, state legislative, etc.), if a candidate isn't running in one of the relatively few prohibitively expensive places like Manhattan, it would be political malpractice to do anything other than spend the bulk of a campaign's scarce resources on mass media rather than field.

But as Cox posits (correctly, in my opinion), this is now changing -- and it is changing precisely because mass media has become so pervasive and so expensive.

Facing today's Great Information Miasma -- 500 cable TV channels, XM radio, infinite Internet feeds, etc. -- voters are inundated with information, much of which they rightly distrust. Moreover, they can use the DVR to breeze past the political commercials that they know they don't want to see. That means it costs comparatively more to drill a message into a voter's mind than it did in the recent past when that typical voter in the typical town only had three television channels, two daily newspapers, a handful of radio stations -- and no TiVo.

As the price of the political saturation point has subsequently increased everywhere, more and more districts have become just as prohibitively expensive as Manhattan -- and more and more candidate contests have therefore been priced out of the mass market game. Even in top-ticket races, and even with courts now permitting more corporate campaign contributions than ever, these candidates simply cannot raise enough money to purchase the minimum amount of television spots, radio ads, Internet impressions and mailers to break through (and the Campaigns 101 truism remains -- it's a wasted expenditure if you don't buy the at least the minimum amount to guarantee a certain level of repetition).

The result is something of a paradox whereby the biggest of Big Money eras is seeing the oldest of old-school politics and the cheapest of cheap campaign tactics regain value. Once seen as the quaint and antiquated instruments of 19th century campaigns, candidate-to-voter contacts, personal networks, volunteers and door-knocking is an ascendant commodity in the 21st century political economy.

Now, this isn't to say money is suddenly unimportant in politics.

Mass media is still a factor in directly reaching voters, and even when it isn't, media outlets that do reach voters tend to treat money as the most important campaign validator. (Basically, no matter how qualified candidates are, reporters generally don't take them seriously unless they are buying lots of expensive TV spots or glossy mail pieces; embedded in such thinking is both outdated views about politics and the narcissism of journalists who simply can't imagine candidates being legitimate if they are not buying ad space within journalists' mass media platform.) Cash, too, can seriously supercharge a field program with powerful computer software and paid canvassers -- and that's not to be taken lightly.

That said, unlike, say, a television ad, which can only be bought with money, a solid field program is less dependent on cash and can indeed be constructed on a shoestring. Consequently, if the 24-7 information ecosystem continues to inadvertently put a premium on field, elections may actually become a bit more of an even playing field between moneyed candidates and grass-roots candidates -- quite an oxymoron in the age of Citizens United.