While the media focus has been on Jewish Americans, this community is less than pleased with Obama's Mideast policy 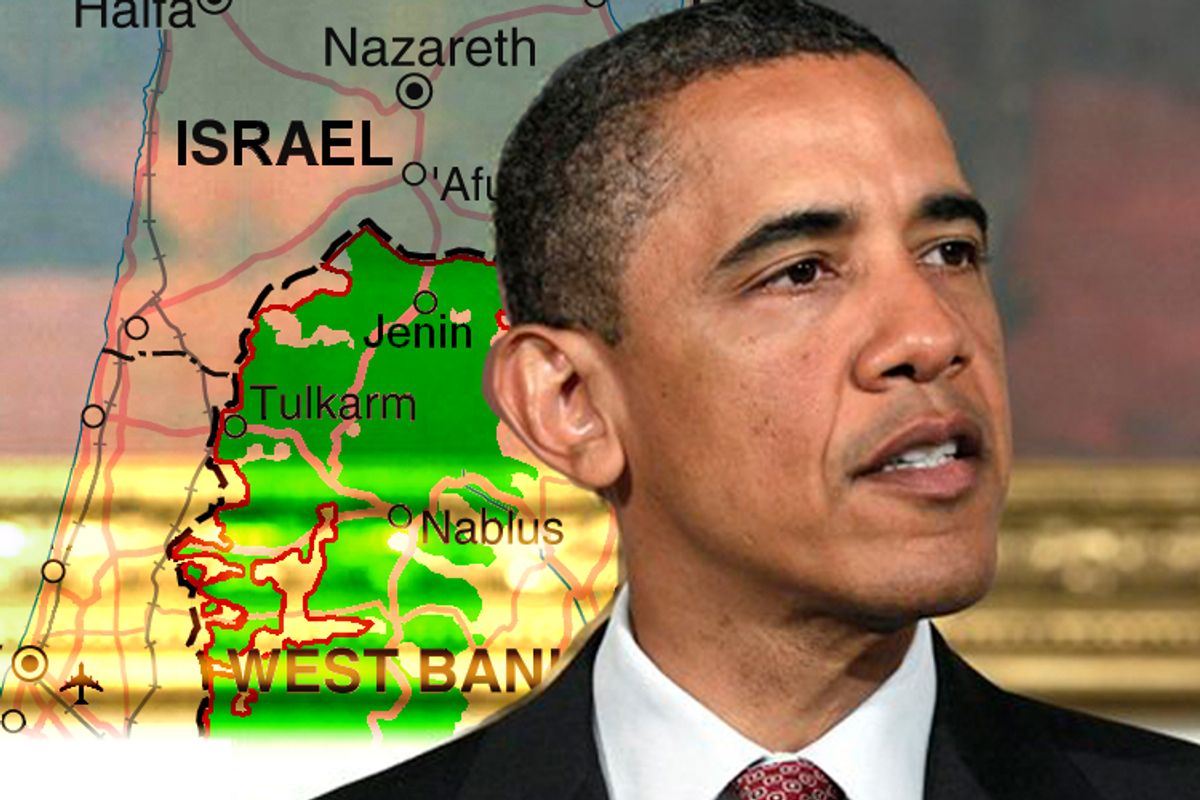 There's been a lot of media coverage in recent weeks looking at whether President Obama will lose American Jewish support because of his policies on Israel-Palestine, particularly after Prime Minister Benjamin Netanyahu's contentious visit to the U.S.

But a question that is rarely if ever asked is whether Obama could lose Arab-American support over his Mideast policy. One poll last year suggests that this community -- which has a significant presence in a few key presidential states like Michigan and overwhelmingly supported Obama in 2008 -- is unhappy with the president's handling of the Mideast conflict.

As of 2009, there were 1.5 million Americans of Arab ancestry, according to the Census Bureau. That's 0.5 percent of the population. The Arab American Institute puts the figure at a much higher 3.5 million, contending that the Census perennially undercounts the size of the community.

Despite the outrage about the Obama administration's policies on Israel-Palestine from the right wing of the Jewish community, there's a strong argument to be made (Rashid Khalidi makes it here) that Obama has not changed the long-standing U.S. policy of unconditional support for Israel. This takes the form of diplomatic support, billions of dollars in annual military aid, and so on. Unsurprisingly, the Arab-American community has been disappointed that the president has not shaken up U.S. policy on the Mideast conflict.

"It was naive to think that Obama would end this conflict, but that belief was there," says James Zogby, president of the Arab American Institute. "So now some of the joy is gone."

Zogby calls this phenomenon the "battered child syndrome." Arab-American voters who are sympathetic with the plight of the Palestinians were in 2008 "looking for love, for a sign that, 'He gets it , he's going to be better,'" Zogby says. "When they see American presidents providing blank-check support to Israel it does take a toll. It has taken a toll with Obama."

The most recent poll of the community, from September 2010, showed that Arab Americans were less than pleased with Obama's handling of Israel-Palestine. It was commissioned by the Arab American Institute and conducted by Zogby International (which is run by John Zogby, brother of James).

More respondents (29 percent) said they were dissatisfied with Obama's handling of the Israel-Palestine conflict than said they were satisfied (24 percent). A plurality of 44 percent said it was too early too tell.

The nine months since that poll haven't given Arab-American voters sympathetic to Palestinians any reason for hope. We've seen Jewish settlements in the occupied Palestinian territories rapidly expand without any effective opposition from the Obama administration. The administration vetoed a U.N. Security Council resolution that declared all Israeli settlements in the West Bank illegal, and promised to veto another Palestinian effort at the U.N. in September. And the flow of U.S. military aid dollars to Israel has continued at higher and higher levels.

But it's difficult to know whether Arab-American voters will abandon Obama because of his stance on Israel-Palestine -- either for another candidate or in favor of staying home on Election Day. When Arab Americans were asked in the 2010 poll to identify the two most important issues facing the country, they overwhelmingly talked about the economy and foreign policy broadly, not Israel-Palestine specifically. And while a 2008 Zogby poll found that 49 percent of Arab Americans called Palestine "very important" to their vote, a higher percentage of respondents named other issues like healthcare, national security, and taxes.

There's one other interesting nugget from that 2010 poll: Asked which party is better on Israel-Palestine, 45 percent said Democrats, 8 percent said Republicans, and 41 percent said neither. That means it's unlikely any voter abandoning Obama on this issue would end up in the GOP column.

What we can say is that Arab Americans care about Israel-Palestine and that it is one factor in their voting decisions. Says AAI's James Zogby: "It's an issue of turnout and excitement. I think they'll vote Democratic in 2012, but not with the numbers or the enthusiasm they did last time -- partly because of the Middle East and partly because of the general mood in the country about the president." He says AAI plans to conduct another poll next year, so stay tuned.