Jon Stewart gives up on Weiner 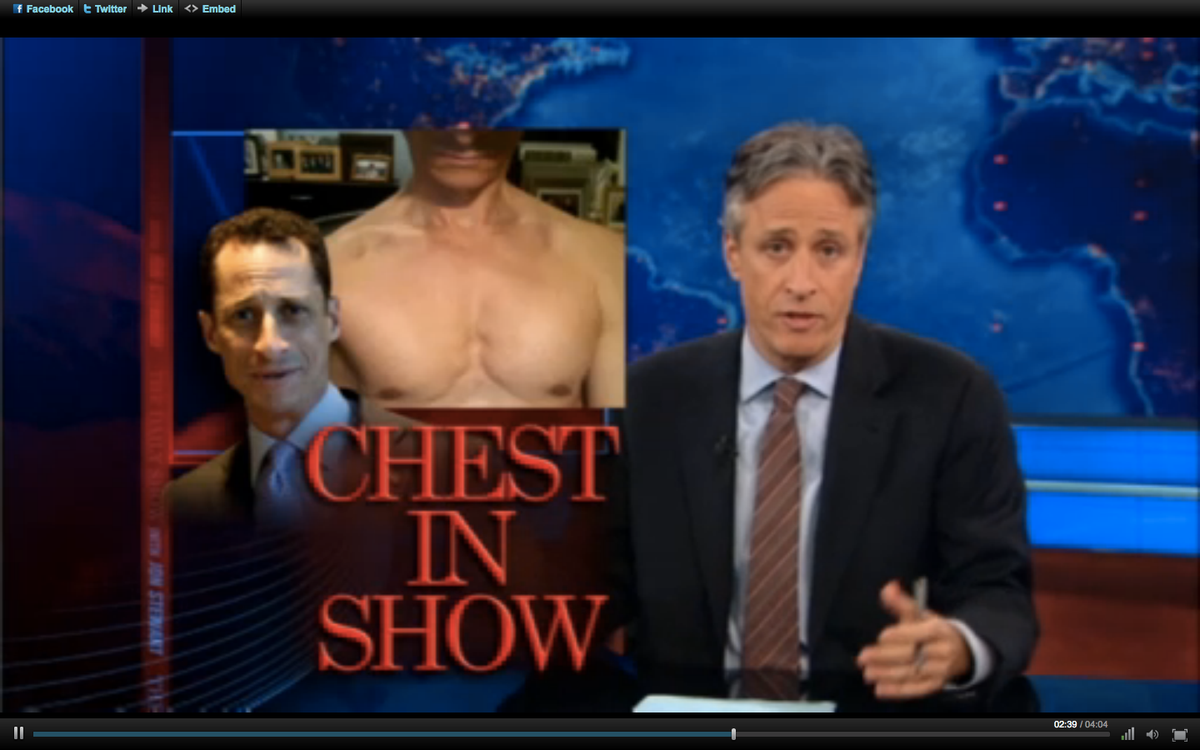 Jon Stewart certainly hasn't been shy about discussing his friendship with Rep. Anthony Weiner on the air; last week, in the heat of "Weinergate," he admitted he was conflicted about covering a story involving one of his good friends. So, how did the comedian react to Weiner's confession that he had lied about his role in the bizarre Twitter incident?

Although the "Daily Show" host mustered the energy to call Weiner's press conference (which was briefly hijacked by Andrew Breitbart) "the weirdest f---ing story I've ever seen in my life -- or the greatest episode of Maury ever," he was otherwise subdued. "At 4:25 Eastern Standard Time, this officially became sad," he said, adding: "We forget sometimes -- I certainly do -- that these people are human. And that's a lesson that's going to stay with me until I turn back to the camera over there and do a little bit on the John Edwards story."

His final word on Weiner: "I don't know what to do anymore -- it's killing me!"