Trump: "Anthony Weiner is a bad guy. He's a psycho"

On YouTube, The Donald says: "When this came out, I was not surprised at all" 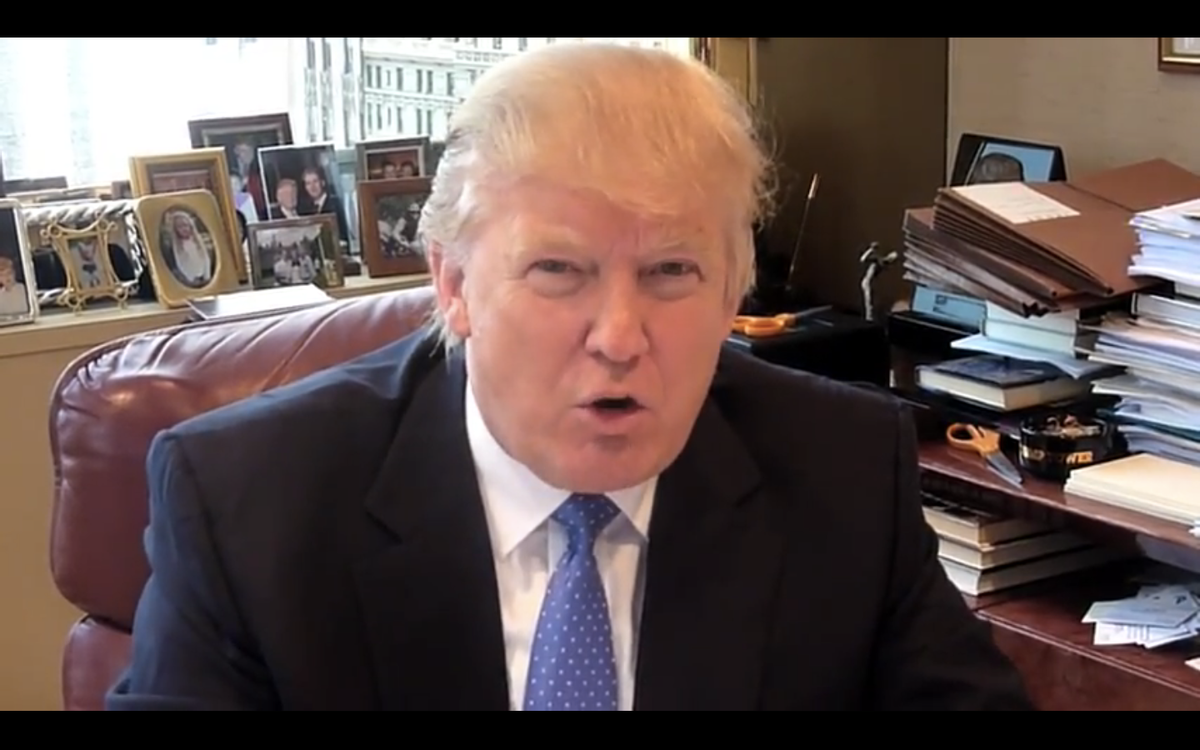 Donald Trump took to YouTube today to share his thoughts on Rep. Anthony Weiner and the fallout from his recent Twitter scandal. It seems the mogul and the congressman don't have a great relationship.

"The fact is, I know [Weiner] very well," Trump says in his short video statement. "He called me all the time looking for campaign contributions -- it would never stop." ("I don't think I ever called him," Trump adds.)

"Anthony Weiner is a bad guy. He's a psycho. When this came out, I was not surprised at all. ... I thought that his career was so important to him. The fact is, what he was doing was more important -- or, probably, he just had a death wish."

Trump's conclusion? While Weiner is a "liar" who "should never, ever be allowed to run for office again," "one good thing" has come out of the whole sorry situation: "I'll never have to give him campaign contributions."