When does online fantasy become infidelity?

Rep. Weiner's explicit chats and photo swaps reflect how the Web has changed notions of intimacy and betrayal 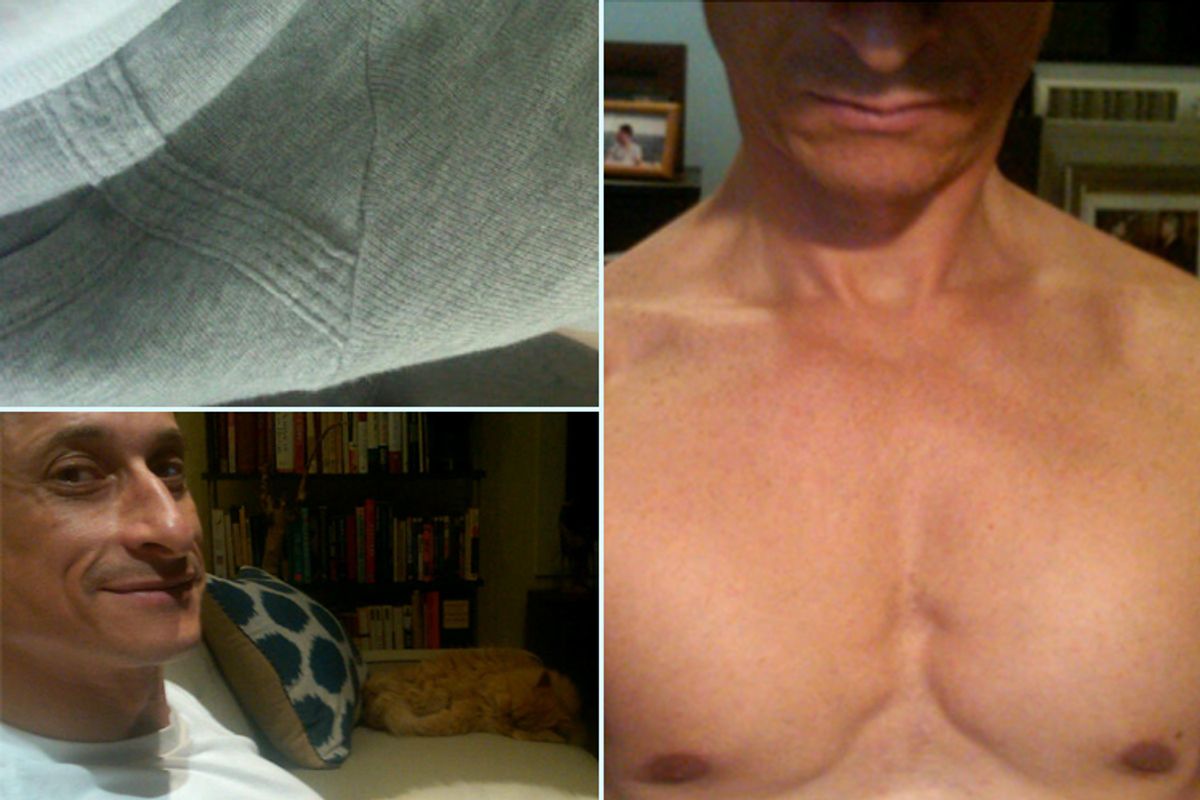 Rep. Anthony Weiner's mea culpa this afternoon cleared up a lot, but it failed to answer a question that still consumes many: Why? He admitted to taking the now infamous crotch shot, as well as the new shots that emerged this morning, and engaging in explicit online conversations with numerous women, many of whom he met through Facebook -- but the congressman offered no insight on what exactly drove him to do it. "If you're looking for some kind of deep explanation I don't have one," he said. "It was just me doing a very dumb thing."

I have another theory: the Web. No, the Internet didn't make him do it, but I suspect it is a significant factor here, and it's worth considering how it's changing the nature of personal fantasy within relationships.

There is no one definition of infidelity. Generally, it's having sex with someone other than your partner, but couples work out all sorts of different understandings of what constitutes cheating. Take a female friend of mine who identifies as straight and yet she likes to kiss girls, and her boyfriend "allows" it -- but if she did the same with a guy, they would both consider it a form of unfaithfulness. These rules can be complicated enough in the real world, but in the Wild West of the Web it's even more so. People pretend to be something they're not, and share things they never would in-person. What happens online is real, but it also isn't; it's whatever you want to believe that it is. Given that, it's incredibly easy to justify to oneself that online flirtation doesn't "count," that it can be categorized within the realm of porn and personal fantasy, as opposed to actual cheating and betrayal -- especially when it isn't actually consummated in person.

I don't mean to excuse Weiner's behavior or endorse any of the scenarios above, but I do think that the congressman's scandal serves as a reminder of how technology has forever changed the landscape of intimacy and fidelity. Of course, sex scandals have been happening since forever -- that's nothing new -- but the Web provides countless new avenues for the sort of escape and validation that has always driven people's affairs. Just consider the Weiner photos released earlier today. We see him flexing his waxed, gym-rat chest for the camera, his face taking on a scowl, either in an attempt at "sexy face" or from concentrating his energies on portraying his pectorals in their best light. Then there is the classic "Myspace photo" composition -- arm outstretched, holding the camera at a flattering angle -- with an attempt at an alluring smile. Perhaps worst of all is the one of him grinning while sitting fully clothed on his couch next to his cats, which was allegedly sent with the email subject line, "me and the pussys."

On the embarrassment scale, not even a photo of one's junk can compare with shots like these. It's like catching someone checking themselves out in the mirror -- or Narcissus gazing into the lake. The self-fascination and posturing make it a moment of both arrogance and deep vulnerability. The latter is only exaggerated by the framed photo of Weiner and wife Huma Abedin snuggled up together, which is visible in the background of one of the shots. There's also a photo of the congressman posing with none other than Bill Clinton, a man who might serve as a strong reminder of the dangers of extramarital dalliances while living in the public eye, and yet Weiner was apparently beyond reason or caution. While talking to a male friend about the new shots, I speculated that Weiner must have gotten a sexual charge from the element of danger: He was potentially destroying his hard-earned career, not to mention his picture-perfect marriage. You know, self-sabotage as a fetish, or something. My friend responded that I might be overanalyzing it: Maybe Weiner just wasn't thinking, period.

Whatever the case, this is just the most recent literal illustration of a congressman undone by his penchant for extramarital flings. It is yet more unnerving proof that even -- perhaps especially -- the most powerful among us sometimes feel powerless to sexual desire. These new shots may not be as raunchy or suggestive as the original but they are much more revealing -- and not just about Weiner. They show a person wanting to be wanted, trying pathetically to be desirable, and that I dare say is a universal. It hints at how human sexuality can be at once narcissistic and self-destructive. As Susannah Breslin recently wrote for the Forbes website, "Americans are fascinated by political sex scandals because the politician is doing what Americans are doing but won’t admit, or what they wish they were doing but won't say, and Americans, rather than confess their natural tendencies or sexual fantasies, would rather criticize those political figures who there, but for the grace of God, are doing what Americans wish they were doing."