What I still haven't learned from Weinergate

I didn't accuse Breitbart of hacking or naming the photo recipient. And I still don't regret defending her 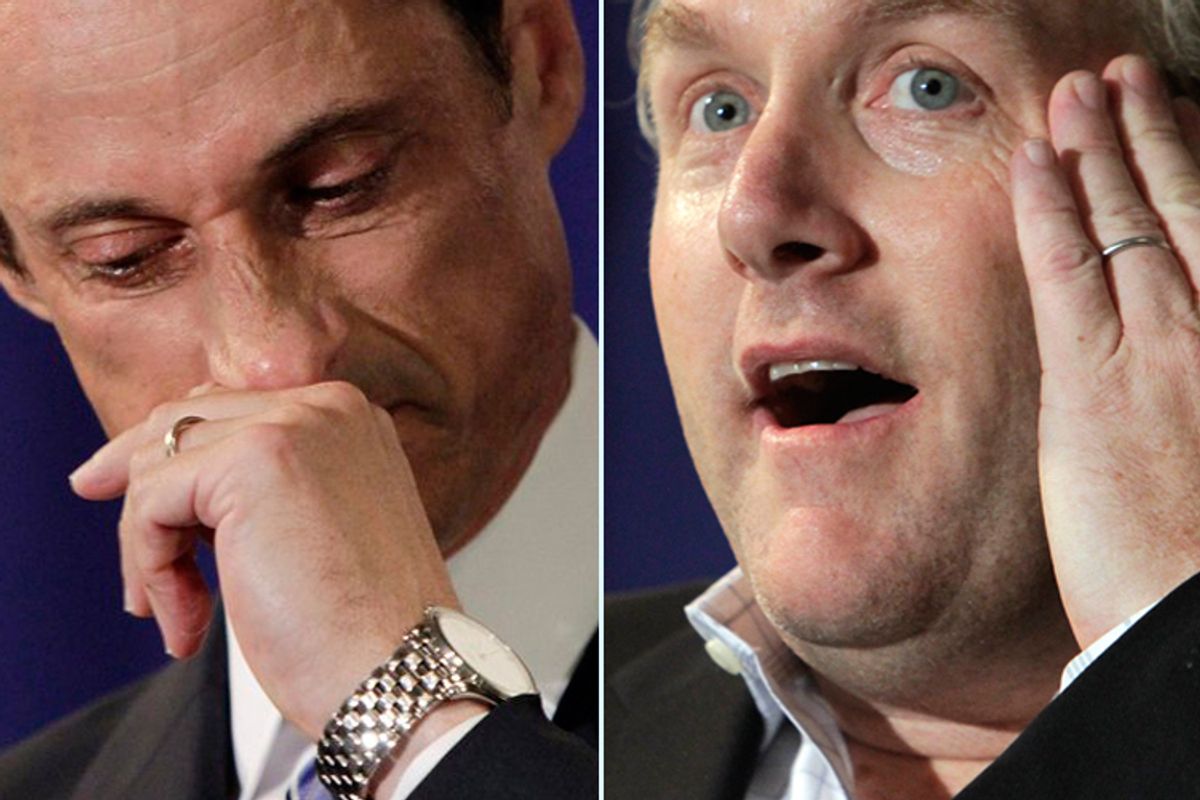 The news that Rep. Anthony Weiner now admits sending a crotch shot to a 21-year-old college student via Twitter, as well as having cybersexual relationships with five other women over the last three years, shouldn't surprise me. But it did. As I wrote last week, I now promise never to again give a male politician the benefit of the doubt when he's accused of sexual idiocy, not merely messing around, but in a particularly reckless way.

I've heard that Andrew Breitbart mentioned me when he took over Weiner's press conference today. But Weiner's confession doesn't change anything I wrote here: I always acknowledged Weiner could be lying about the story, but when the tweet's intended recipient denied having any kind of sexual relationship with him, I believed her, and I said so (I did this on Twitter, by the way). Despite what Breitbart claims, I never accused him or his journalistic empire of "hacking," fabricating the Tweet, or naming the woman in question. You can read my Twitter stream here. But given Breitbart's role in propagating the Shirley Sherrod is a racist story (when the speech in question showed her to be profoundly anti-racist) as well as James O'Keefe's ACORN "sting," (which featured "highly selective editing," according to attorneys general in California and Brooklyn, N.Y.), I thought it was right to give a 21-year-old college student the benefit of the doubt. The smear job conservative bloggers engaged in, publishing her name, photos and details of her personal and academic life, was disgusting, and I don't apologize for saying so. Weiner said today he sent the lewd photo as a "joke," and that she was not one of the six women he'd had cyber-I-don't-know-what with, and the young woman continues to deny knowing, let alone having any kind of cybersexual relationship, with Weiner.

There are still oddities about Breitbart's original story. He distanced himself from the Twitter informant said to be his original source, @patriotusa76, who Big Journalism blogger Lee Stranahan formally pronounced "a liar and a manipulator." Then @patriotusa76 gave a paranoid interview and deleted his account with Twitter.

In the end, though, Breitbart was right about Weiner. Since he appears to need my validation, I will say one thing: Maybe this means he learned from the Sherrod mess, and got his facts straight before publishing this time.