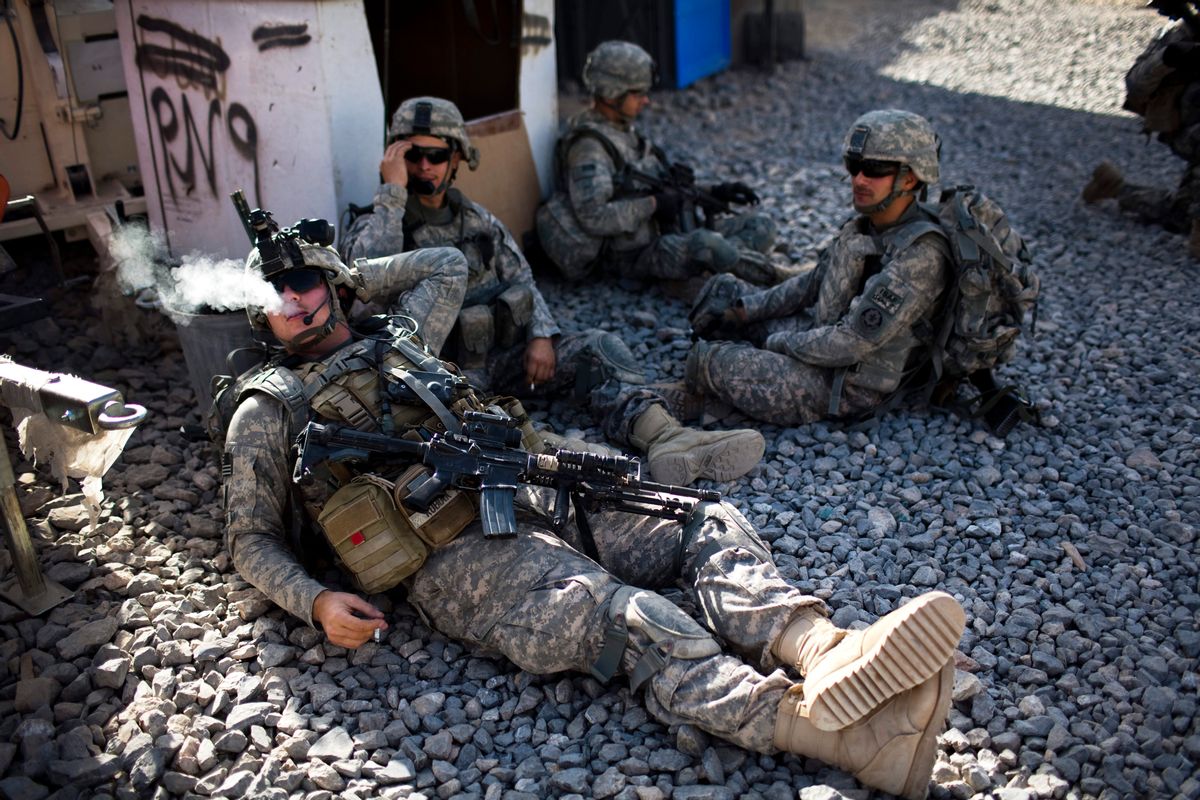 This report from Spencer Ackerman about the never-ending war in Afghanistan seems like it should be getting more attention:

[T]he general in charge of training Afghan forces to take over for departing Americans pegs that [end] date closer to 2016 or 2017 — that is, if the U.S. doesn’t want the entire Afghan security apparatus to implode.

What will ensure Afghan soldiers don’t collapse? “Strategic patience and an enduring commitment,” Lt. Gen. William Caldwell told a crowd at the Brookings Institution in Washington. Translated from the mil-speak: many more years and billions of dollars. Asked by Danger Room how much longer the training mission needs to last, Caldwell replied, “We won’t complete doing what we need to do until about 2016, 2017.”

This is a general, not a White House official, but the statement is still significant. It didn't draw any public rebuke from the White House, as far as I can tell.

President Obama, meanwhile, is reported to still be weighing how many troops to withdraw beginning this July. The administration previously stopped talking about 2011 as the big withdrawal year in favor of 2014.

But it's worth considering for a moment that Afghanistan could very well turn out to be a 16-year war. If anyone in Washington had suggested that back in 2001 when President Bush launched the war, it's fair to say they would have been laughed out of town.