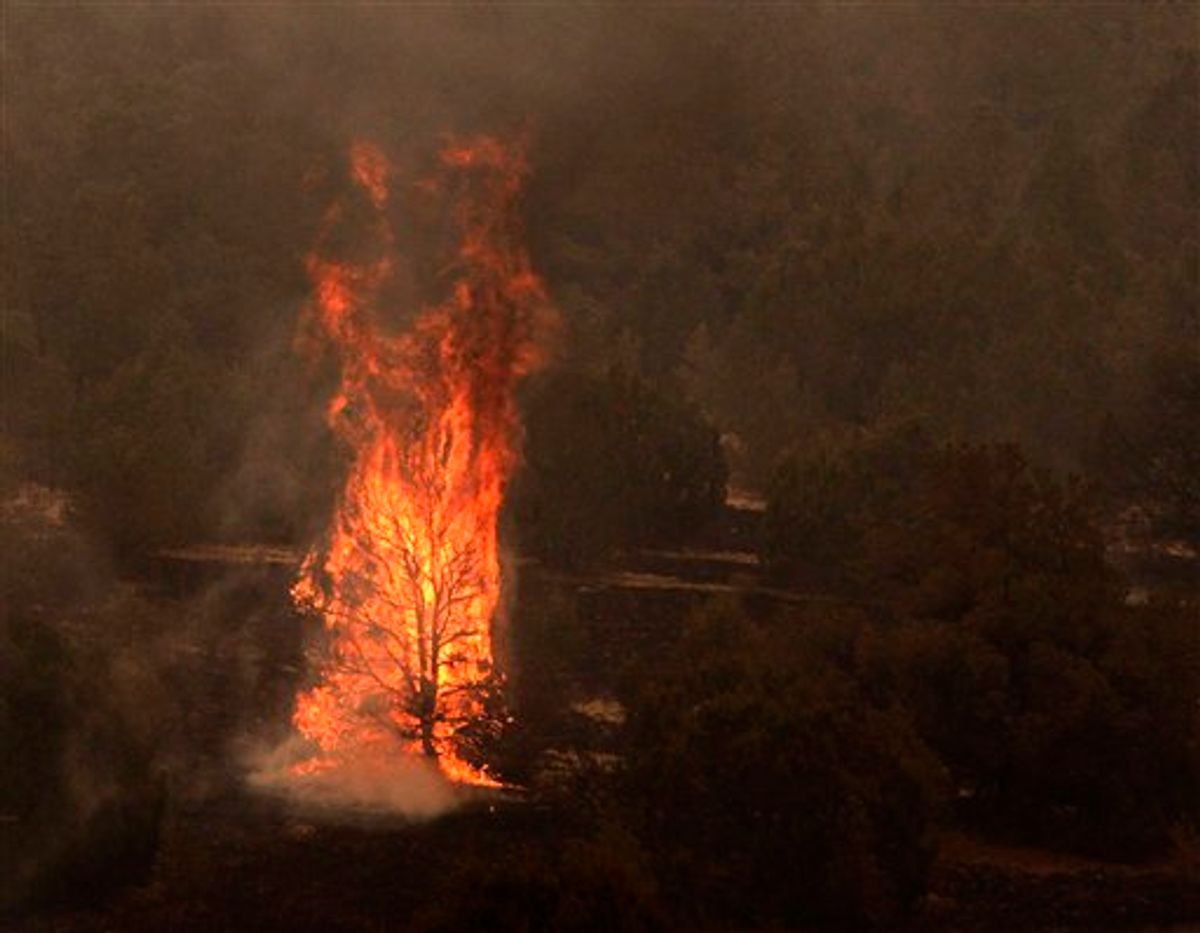 A tree burns during the Wallow fire in the Apache-Sitgreaves National Forest near Springerville, Ariz., Tuesday, June 7, 2011. Officials say the blaze has already burned 486 square miles and winds have been driving the flames 5 to 8 miles a day since the fire began a week ago. (AP Photo/Jae C. Hong) (AP)
--

The Wallow wildfire -- a "monster blaze" that has so far consumed upward of 600 square miles of Arizona pine forest -- has now been raging for 11 days, threatening residents of several eastern Arizona towns (and, increasingly, also some of their New Mexican neighbors). It's the second-largest wildfire in Arizona history, and AP reports that it began with "what authorities believe was an unattended campfire." Here are some of the most compelling images from the crisis.

Lucas Malone stands on the roof of his father-in-law's house in Eagar, Ariz., as the wildfire approaches. [AP/Marcio Jose Sanchez] Ronald Gray and Catherine Cowan stand along highway 60 as they prepare to evacuate. [AP/Marcio Jose Sanchez] On Tuesday, a horse stands in the middle of a Springerville field, the landscape behind him dominated by smoke. [AP/Marcio Jose Sanchez] Fire crew members stand along the road as they hold the fire line near Springerville on Tuesday. [AP/Jae C. Hong]