The suicidal music I desperately needed

I began cutting again after my boyfriend dumped me. Listening to JamisonParker made me realize I wasn't alone 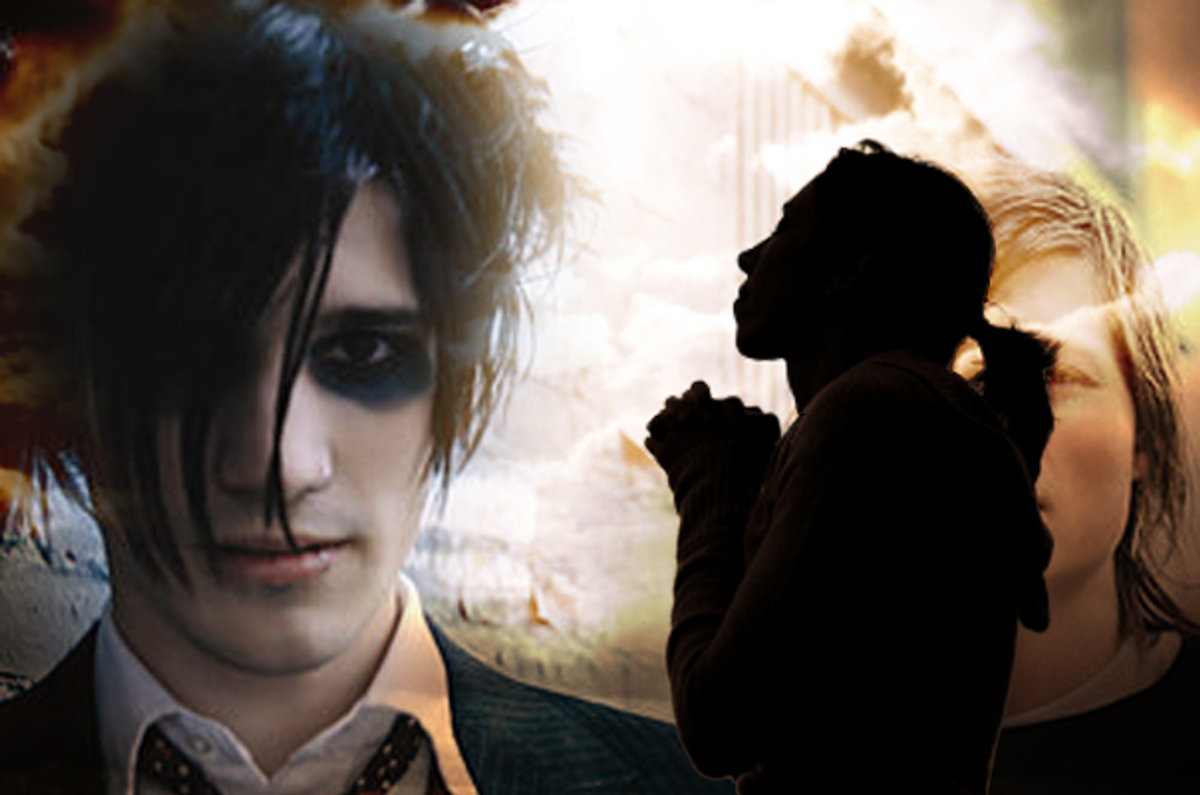 They weren't the best band I had ever heard. The melodies were mundane, the words clichéd and often trite and the band members certainly didn't have much going for them in the looks department. But when I was a lonely, depressed college freshman huddled on her floor with a razor blade and a prayer, JamisonParker was exactly what I needed.

It was the heyday of emo and screamo: angsty teens with bad haircuts, tight jeans and whiny voices backed by even whinier guitars. Most of these bands weren't worth listening to. Their music was generally simplistic, and like virtually every new genre before them, their very existence depended on the angst of the teenage generation. Like all those other genres before them, they hardly lacked for material.

As a card-carrying member of this very demographic, emo spoke to me like I'm sure millions of other teens thought it spoke to them. It said, "Yes, the world sucks. Yes, your world is caving in. Yes, you want to hide behind your hair and cry and moan that no one loves you, and you're probably right. Let's all get together, hate the establishment and sing about it." It fit me like my uniform of band T-shirts and jeans did: tight enough to be just a little rebellious against my conservative parents, dark enough to reflect my tortured middle-class soul and substantive enough to keep what really mattered firmly under wraps.

A big fish in a small pond, I had spent high school teetering on the pedestal of my own fragile reputation. Then, I went to college and realized not only that I wasn't God's gift to the world, I was also a much smaller part of it than I had previously been led to believe. Already prone to depression and anxiety, I spiraled downward. JamisonParker, with all their angst-ridden anthems of grief and despair, kept me company.

When my first real boyfriend -- who had gone to a different college where he too was having trouble making friends -- turned ugly and abusive, I sent him the lyrics to a JamisonParker song, "Here's Everything I Always Meant to Say," in a last-ditch effort to make him understand:

If I don't make you feel anything then it's me

He didn't see things quite the way I'd hoped, and eventually dumped me in the spectacular manner only privileged white kids with a flare for the dramatic can manage: by throwing a bag full of mixed tapes I had made him, along with a healthy dose of accusations and obscenities, at me in the middle of a free concert of a band we both liked. I ran crying from the venue, swearing all the way never to see his face or listen to that band again. JamisonParker's "Goodbyes" comforted me as I wept, reassuring me that yes, the world is ending. But at least we can all wail about it together:

Your kisses and goodbyes

are leaving my lips numb

cause they're all that clings to you

I'll pray that our shoes melt in the pavement

We step back slowly

they'll be playing our song

The breakup, as so often happens, wasn't as clean and neat as it could have been. What had started out as a few idle accusations turned into litanies of vitriol, spewed across phone lines and left toxically on Facebook and public online forums we both frequented, every jab a little sharper, every cut a little deeper, every word slivering away a little piece of my already-dwindling self-esteem.

That year was the sort of perfect storm therapists dream of: an unstable personality thrust into a new situation, no support network nearby, challenging classes and unexpected obstacles, plus a traumatic event to put the icing on the proverbial psychological cake. In my clichéd, black-eyelinered teenager way, I broke down, and hard. I had been given to self-harm in middle and high school, and started up again with a vengeance. And if there's anything that shouldn't be done emphatically, it's activities involving a razor and one's own skin.

Where my friends couldn't help and my family didn't know, I turned to my iTunes library. JamisonParker understood. My nightly ritual, after a long day of putting on a brave face and trying not to cry in class, saw me sitting on the floor, sobbing and scratching away with "Biting Bullets" on loop:

so here I am

with hearts carved straight across my chest

letting the carpet soak up all that's left to give

Will you swear you won't be sleepin'

cause I can't begin to dream to shut my eyes

for no apparent reason

and I don't think that I'll make it out alive

Was the song a blatant suicide reference? Was it enabling self-harming activities? Was it encouraging a clearly destructive mind-set? Probably yes to all of the above. But at the time, the concept that someone else had struggled through what I was dealing with and lived to tell the tale was enough to keep me scratching away at the surface instead of digging into the vein. Even if the tale he was telling was one of loss and despair, at least someone understood.

But sometimes a train passes through a dark tunnel and doesn't come out into the light on the other side. Sometimes the train blows its distress whistle and the conductor's asleep at the controls. Sometimes the train emerges into a darker night and it's a long way 'til sunrise. I'd love to say I snapped out of my ennui when my hormones reached post-puberty levels, that I realized my boyfriend was not the love of my life and my self-destructive spiral wasn't leading anywhere I wanted to go. I'd love to present with a tale of healing and redemption, of seeing the light and selling copies of my new self-help book in the lobby, but we all know life doesn't always work out that way.

To say that JamisonParker saved my life would be an exaggeration. What I can say is that listening to the band's dramatic, overstated, destructive lyrics made me feel a little less alone, a little less isolated and a little less desperate. I may have been filling my head with negative thoughts, but there's a point where negativity is better than the panicking white noise it replaces. And in that mind-set, I needed a partner in crime. I needed someone who would cry with me, who would admit that the teenage perception is fatalistic and skewed, but also so very, very real.

I'm no longer that desperate girl crouched on a cold tile floor. I'm not the self-actualized adult I should be, either. I still wear tight jeans and band T-shirts and Chuck Taylors with song lyrics scrawled on the toes, but now I have to take off my business clothes from my day job first. I still write emotion-riddled poetry, but now it's for my MFA studies instead of a barely shaving boyfriend. And I still listen to those angry teenagers. Not because I still see myself in their music, but because I see shadows of what I was and remain, in so many ways, still precariously close to becoming.