The poignant wisdom of "Men of a Certain Age" 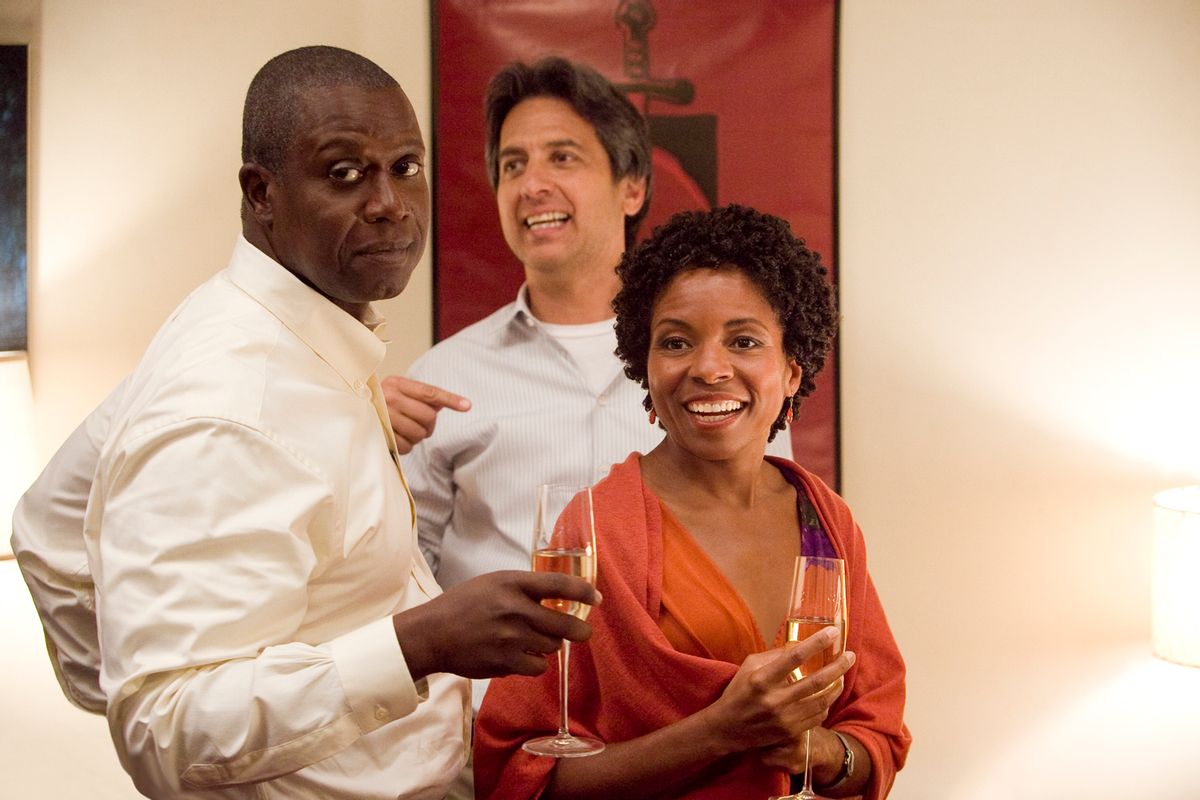 In a time when too many TV shows strain toward significance without knowing what they're trying to say, there's something tremendously appealing about TNT's "Men of a Certain Age." The show knows exactly what it's about, expresses itself with unfussy grace, and organizes its thoughts so elegantly that you might not notice a pattern unless you go looking for one. Last night's episode, "The Pickup," had all of those qualities. It was an unusually mournful hour even for this series. PR material for "Men" shows a vertical line, its endpoints marked "Birth" and "Death," with a spot in the middle labeled, "You are here." That graphic identifies a midpoint, or a median, and not necessarily a happy one. "The Pickup" elaborates, giving us snapshots of major and minor characters stuck in the middle of an awkward situation, or an infuriatingly uncertain phase of life, and trying to find equilibrium.

Joe is trying to rekindle his golf skills in hopes of trying out for the senior tour (which is open to players over 50).  And he's running numbers for his former bookie while said bookie is preoccupied with cancer treatment -- so Joe is not quite a bookie, but not exactly not a bookie; he's in the process of becoming a bookie, basically gambling by proxy.  Owen (Andre Braugher) has asserted himself as the boss of the Chevy dealership that his dad (Richard Gant) started, but while he's no longer the leader-in-waiting, he's not really, truly the boss, just a guy who happens to run the place.

And Terry? After his fling with fortysomething actress Erin cratered, he regressed in several ways, acting the part of a prima donna car salesman who's almost (but not quite) more trouble than he's worth, flirting with and then dumping the coffee shop waitress Laura, smoking a joint at his surprise birthday party after months of abstinence, and bedding a twentyish caterer. He's not quite an adult (and knows it) despite now having a "5" in front of his age. "Grow up," Owen concludes after reading Terry the riot act. (I love the tight closeup of Terry in the bathroom at his party, contemplating that joint. The angry, depressive edge on Scott Bakula's performance this season is terrific.)

Throughout, the dialog is filled with references to getting stuck or moving on -- or forward. At the school talent show (a pitch-perfect scene, poised on the knife-edge of embarrassment) Joe's son Albert overcomes his anxiety, preens and strips, and otherwise acts like a deranged rock star onstage, then proudly declares, "That's the first time I got all the way through the song without stopping." Owen lightly teases his competitor for making him an insulting offer to buy the dealership, then following up with a slightly less insulting offer: "There ain't anywhere to go but up, from bullshit."

Joe fears he's slipping backward in some sense (toward having a gambling problem again, or toward being an amateur golfer forever) and worries that he'll never achieve his dreams of mastery. His story reminds me of a friend's comment that a man's maturation begins the minute he realizes that he is never going to be a professional athlete, and accepts it. Joe isn't there yet.  "I got close before, y'know," he says. "I can get close again." The montage of him practicing is backed by Billy Preston's "Will It Go Round in Circles."