The comedian mocks Rep. Weiner's Monday performance -- and apologizes for not being tougher on his friend 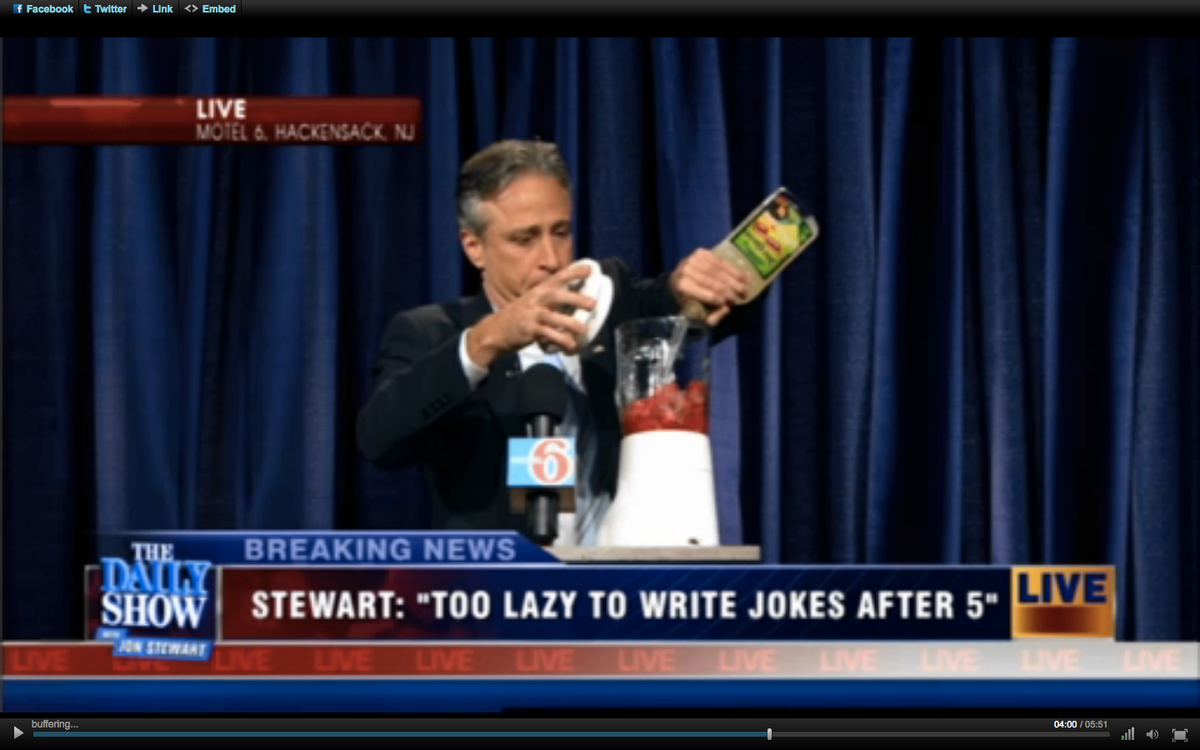 On Monday night's "Daily Show" -- taped less than two hours after Rep. Anthony Weiner confessed he had tweeted a lewd picture to one of his Twitter followers -- Jon Stewart had relatively little to say about "Weinergate"; he discussed his politician friend's predicament briefly, but then moved on to previously prepared material.

Last night, the comedian gave the issue more comprehensive coverage, staging his own mock press conference (complete with extended parody of Weiner's facial expressions and habit of drinking water in between statements). Stewart gave a hyperbolic apology for his own subdued reaction on Monday, saying, in an imitation of Weiner's tense tones:

"Last Friday night, a congressman whose name is synonymous with a sexual organ sent a photo of ... it ... to a young woman on Twitter. It was, by any standard, a gift from the comedy -- whatever it is comedians have that takes the place of a god. Last week we spent three days on this story. ... I acknowledged a personal friendship with the congressman, and yet expressed my belief that he was not being honest and that, if the worst of his allegations were in fact true, he should resign. I recognize now that it was not enough.

"Yesterday, Congressman Weiner confessed that the penis in question was in fact his own. He did so at a press conference at 4:30 in the afternoon; we tape our program at 6 p.m. I made the decision to do a couple of wiener jokes, mention the press conference, but to mostly stick to the script we had written about John Edwards and Sarah Palin. This was my decision, my decision alone. I recognize how wrong I was."

He also managed to injure his hand with a prop margarita glass -- presumably by accident, rather than as part of his exaggerated "penance."