U.S.-led nation-building could leave Afghanistan in a depression 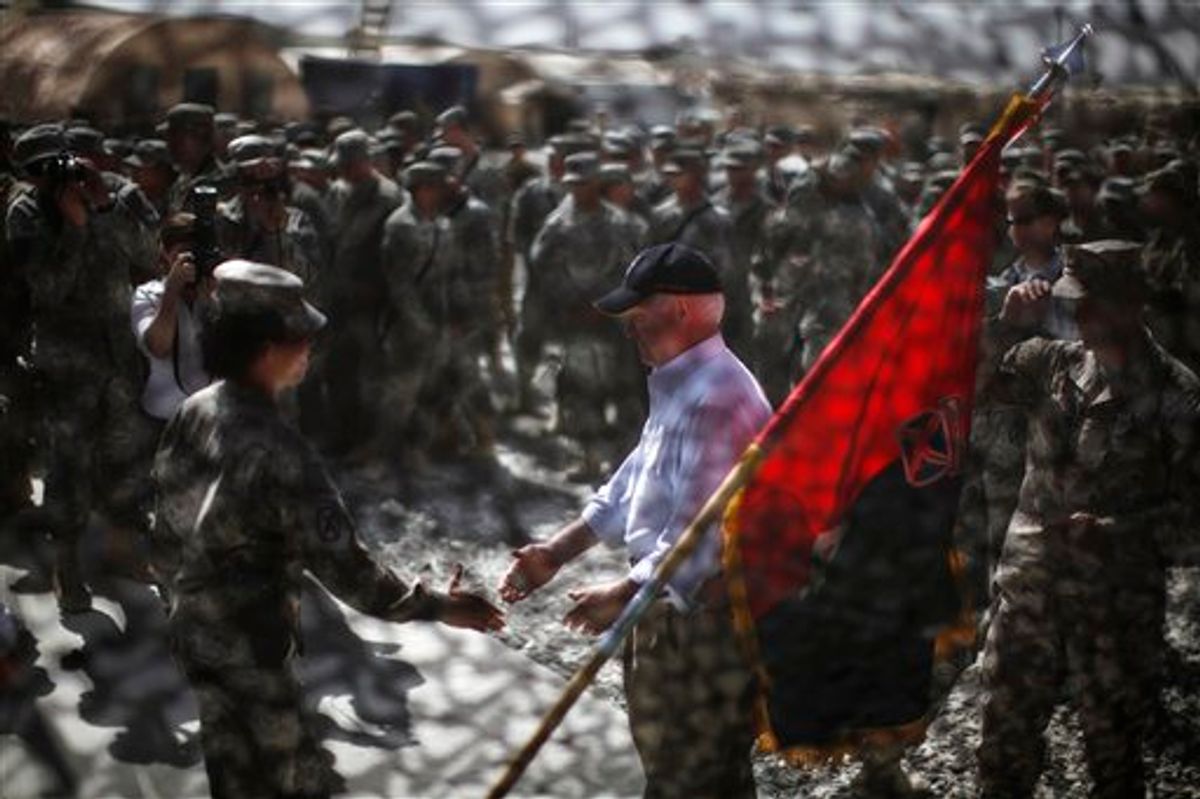 A Senate report released today is highly critical of U.S.-led nation-building efforts in Afghanistan, which has cost $18.8 billion over the past 10 years. The report, compiled over two years by Democrats on the Senate Foreign Relations Committee, "comes as Congress and the American public have grown increasingly restive about the human and economic cost of the decade-long war and reflects growing concerns about Obama’s war strategy even among supporters within his party," the Washington Post notes.

The State Department and U.S. Agency for International Development spend $320 million per month on aid efforts in areas that have been cleared of Taliban forces, but according to the report, "Afghanistan could suffer a severe economic depression when foreign troops leave in 2014 unless the proper planning begins now."

The crux of the report is that the highly expensive aid program funds short-term stabilization, which has limited success when it comes to long term development in the country.

One particular strategy, which involves giving money to local governments is criticized by the report for its potential to "fuel corruption, distort labor and goods markets, undermine the host government’s ability to exert control over resources, and contribute to insecurity."

As the WaPo notes:

One example cited in the report is the Performance-Based Governors Fund, which is authorized to distribute up to $100,000 a month in U.S. funds to individual provincial leaders for use on local expenses and development projects. In some provinces, it says, "this amount represents a tidal wave of funding" that local officials are incapable of "spending wisely."

Al-Jazeera points out that, according to the World Bank, 97 percent of Afghanistan's GDP is linked to international military forces and donors. The country is currently the largest recipient of U.S. foreign aid.

The report casts a critical eye on U.S. use of international contractors in its nation-building efforts, sometimes bypassing the Afghan government in favor of these firms.To remedy this, the report advises that salary constraints be enforced on these international donor firms, so that they cannot draw "otherwise qualified civil servants" away from the Afghan government, which has fewer staffing resources. It suggests too that donors "not implement projects if Afghans cannot sustain them."

Although this report (available in full on pdf here) does not specifically address military aid, it has been released during a time of tense debate about how fast to begin withdrawing the 100,000 US troops currently stationed in Afghanistan. The chairman of the Armed Services Committee, Sen. Carl Levin, called Tuesday for at least 15,000 combat soldiers to be withdrawn by the end of the year, while Defense Secretary Robert Gates has advised a slower, more modest decrease.