How we ruined the tomato

The plump red fruit has become a symbol of everything that's wrong with modern agriculture. An expert explains why 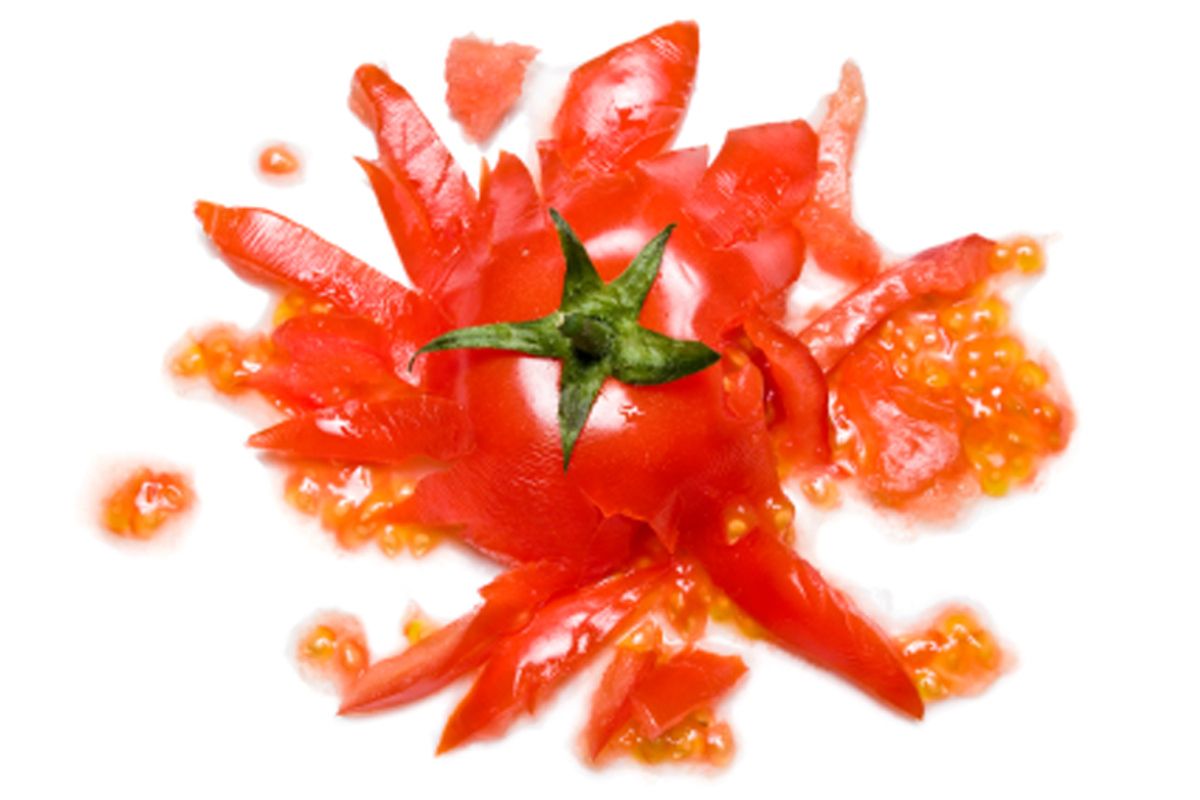 Americans love tomatoes. As our second-most-popular produce item, we’re accustomed to the sight of them: plump and bright red, marble to soft-ball sized, and piled in abundance year-round in the refrigerated fruit and vegetable aisle of the grocery store. Many of us eat tomatoes every day: if not au natural, in ketchup, salsa, or marinara sauce.

Yet our favorite fruit may not be quite as innocuous and delicious as it appears. In his new book "Tomatoland: How Modern Industrial Agriculture Destroyed Our Most Alluring Fruit," journalist Barry Estabrook writes the biography of the modern tomato, revealing the environmental and human costs of big agribusiness. Estabrook traces the history of the tomato from the wild tomato berries that once grew in abundance in the rocky foothills of the Andes to the most familiar salad staple on the planet. A true tomato devotee, Estabrook explains why our love for tomatoes is hurting not only field workers and the environment, but our taste buds, too.

Salon spoke to him over the phone about what the tomato—and its taste—really says about us.

Why did you decide to write a book about tomatoes?

I wanted to write about our screwed up food system, and if you’re looking for the poster child for everything that’s wrong with modern industrial agriculture, you can’t get any better than a supermarket tomato. Supermarket tomatoes are generally tasteless and grown at a tremendous cost to the workforce.

How did tomatoes get to be so flavorless and have so many hidden production costs?

A tomato grower said to me: "Barry, I don’t get paid a cent for flavor, not one cent. I get paid for weight." The horticulturists I talked to all agreed that over the past fifty years or so commercial tomato breeding has been geared towards weight. To do that, they need to grow quickly, and they need to have resistance to disease. So, the genes that give tomatoes the wonderful flavor of a summer tomato from your garden or farmer’s market have simply been lost in commercial breeding.

As for labor abuses, these enormous chains, Walmarts, supermarkets, and fast food companies, are driving tomato prices as low as they can go. At the same time, the makers of chemical pesticides and fertilizers are pushing prices upwards. The only place farmers can squeeze their budgets is the workforce. They’ve been doing that steadily. Even now, a tomato picker makes the same wage he did in 1980. And every week, workers are sprayed with chemicals while they’re picking.

You write that 1/3 of industrial tomato production takes place in Florida, where they’re basically grown in sand.

They are grown in sand. The agricultural officials would like to call it sandy soil, but it’s sand, every bit as sandy as Daytona Beach. Florida is the worst place in the world to grow a crop of tomatoes. It never gets winters, so bugs are present year-round, it’s notoriously humid, and fungi thrive. Everything in the ground is killed before the tomatoes are planted. All Florida tomatoes live off of are fertilizers and chemicals that are injected into the soil. Like broiler chickens, Florida tomatoes are designed to grow, grow, grow. They don’t have the genetics to pack in a lot of flavor. When these tomatoes are picked, they’re absolutely green and hard. They’re still hard by the time they get to the grocery store, but by then, they’re also orange. They’re called "mature greens," the slang for them is "gas greens."

Because they’re gassed with ethylene, right?

Right, they’re bathed in ethylene until they turn the right color. It doesn’t give them any more flavor, though. It doesn’t add any acids or sugars or flavor compounds. That means that even though they’re called mature greens, a certain percentage of them are not mature. A tomato is not meant to be picked today and then eaten three weeks from now. When you pick a tomato, sometimes it bursts on contact; the seams split. You go to a farmer’s market and buy tomatoes, and they’re ready to eat.

Do you think that’s part of the solution? People growing more, or any, of their own food?

I encourage anyone to grow tomatoes. They really want to grow! If you’ve got a sunny place, you can grow tomatoes, whether you put them in a pot, or put half a dozen plants in your backyard. This will do two things: it will connect you with the soil. And it will also give you amazing tasting tomatoes. If for some reason you can’t or don’t want to grow your own tomatoes, buy them from the local farmer’s market. And if you must buy an out of season tomato … I hesitate telling people to do this, but if you are geographically and financially able, shop at a Whole Foods store. I hate to advertise for Whole Foods, but the fact is, they’re the only grocery store chain that’s made any effort to alleviate the problems of the workers.

It sounds like you’re saying that we shouldn’t eat tomatoes at all when they’re not in season.

You wonder why someone would.

There’s also an element of food pornography in the true sense of the word. People see these beautiful, flawless bright red tomatoes, and they don’t go through the thought process: wait a second, those look nice, but they don’t taste like anything. It’s odd.

What do you think it says about the way Americans eat that we’re willing to buy tomatoes that taste like nothing and are so bad for workers and the environment?

The reaction I get when I give talks or from people who’ve read the book is "I can’t believe this is happening." I don’t think word has gotten out. I don’t think tomato pickers get the kind of media coverage they would if the workers were fair-skinned American citizens. They’re a group that doesn’t vote, doesn’t go to the police, tries to be as low profile as possible and that makes it very easy to take advantage of them. As for the question of taste, you can Google tomatoes and consumer complaints, or consumer satisfaction, and you’ll come up with dozens of academics studies that show that tomatoes are at or near the top of the list of produce people buy but are disappointed in.

And yet we still continue to buy them. How did tomatoes become so popular in this country?

In general, do you think Americans are becoming more or less aware of the costs of factory farming?

A small sector of the population definitely is more aware. But it’s easy when foodies get together to think that the whole world is that way, and it’s not. It’s a small percentage of the population.

That seems to be the larger problem inherent in the locavore movement, the organic movement, slow food, etc. These tend to be privileged food conversations.

On the other hand, a growing segment of the population is concerned with these issues, just look at farmer’s markets. Ten years ago, if I’d recommended that people try to buy tomatoes at farmer’s markets way more people would say "What Farmer’s markets?" Now there’s what, five thousand of them? Now no one can say, "You can’t buy good tasting tomatoes anywhere," because you can, when they’re in season.