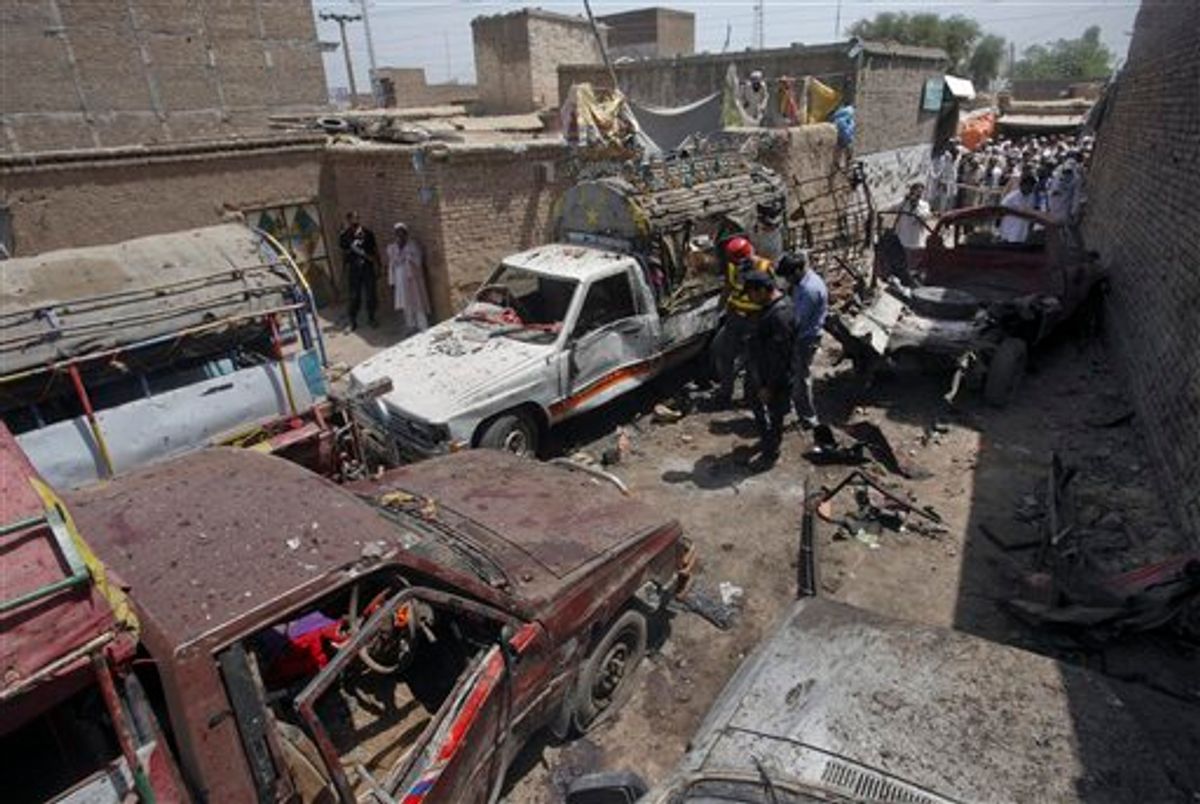 Pakistani police officer and rescue worker examine the site of a bomb blast in a bus stand in Matani near Peshawar, Pakistan Sunday, June 5, 2011. The bomb explosion killed several people in the latest violence to hit the country since the U.S. raid that killed Osama bin Laden. The attack also followed reports that another top al-Qaida operative, Ilyas Kashmiri, had been killed in a recent American missile strike along Pakistan's border with Afghanistan. (AP Photo/Mohammad Sajjad) (AP)
--

FBI Director Robert Mueller has told Congress that one of the early assessments from the intelligence gathered at Osama bin Laden's compound in Pakistan is that al-Qaida remains committed to attacking the United States.

Mueller made the comments Wednesday to the Senate Judiciary Committee where he got a favorable reception from Republicans and Democrats who are considering legislation that would extend his job for up to two more years, a proposal initiated by President Barack Obama.

Committee chairman Patrick Leahy, D-Vt., expressed confidence that Congress would agree to the extension. A co-sponsor of the legislation, Sen. Charles Grassley, R-Iowa, said continuity in the arenas of national security and counter-terrorism is important, especially in light of increased threats.