Alec Baldwin: Weiner is "a modern human being"

In a blog post, the actor gives his take on how a "high functioning man" uses (and misuses) the Internet 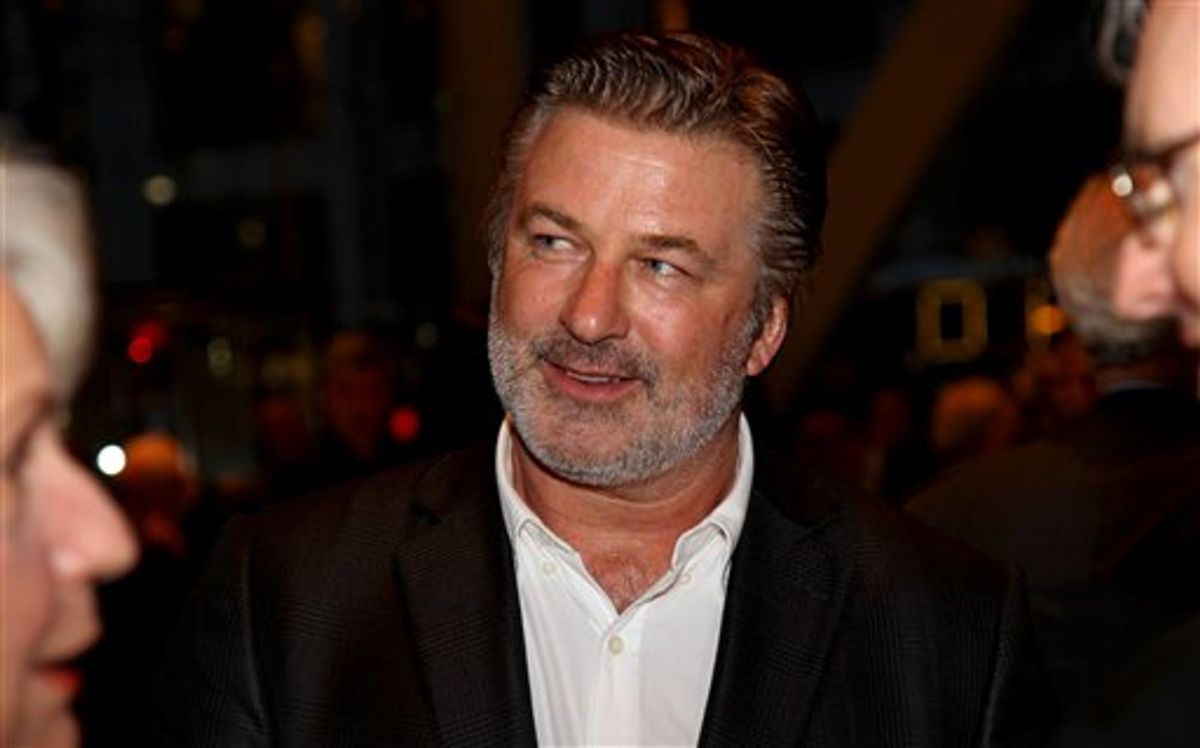 Actor Alec Baldwin speaks with guests at a reception following "Poetry & The Creative Mind" at the ninth annual benefit for the Academy of American Poets in New York, Wednesday, April 27, 2011. Leading names from different artistic fields read from American poetry during the earlier program demonstrating that poetry influences all the arts. (AP Photo/Craig Ruttle) (AP)
--

"The dynamics have shifted." That's (allegedly) what Alec Baldwin recently told a friend about the 2013 New York mayoral race, indicating that he himself might be interested in running for the city's top post. But what does the actor think about Rep. Anthony Weiner, the man whose behavior has caused the very sea-change Baldwin might soon try to exploit?

In a Huffington Post piece this afternoon, Baldwin gave his own take on Weiner's habit of forming destructive online relationships:

My thought on Weiner is that he is a very busy man. Like most, although not all, politicians, he probably spends a great deal of time going to meetings, raising campaign funds and seizing upon every opportunity to remind people of how great he is as a public servant and a human being. It's exhausting. He exists under a constant pressure cooker of self-analysis and public appraisal. Like other politicians, he needs something to take the edge off. For some people, regardless of occupation, that could mean booze, drugs, gambling, food or shopping. For high functioning men like Weiner and other officials who have lived through such scandals, who are constantly on the go, that leaves one tried and true source of a reliable high. The affirmation that comes when someone lets you know they want to sleep with you. Or even cyber-sleep with you. This is sex for many people now. ...

Weiner is the modern, high functioning man. The fact that he is married is just one, albeit a huge, factor. I know many people who divorce over such issues of online betrayal. Appointment sex with your spouse doesn't always arrive when you need it most. A modern cell phone, loaded with contacts of willing fellow players, [is] ready for you at virtually any time.

His conclusion: "Weiner is a modern human being. So he ensnared himself in things that modern humans do. When I first heard about his problems, I snickered and made jokes, too. Now, I'm sad for him, his family, his district and his colleagues. Let he who is without sin....."

Shortly after posting the column, Balwin tweeted: "What I have offered on HuffPo is an explanation of, not an excuse for Weiner's behavior. Big difference." Seconds later he added: "A lot, a real lot, of sanctimonious d-bags on HuffPo."