Having successfully restored America's something or other, Palin looks back at last week 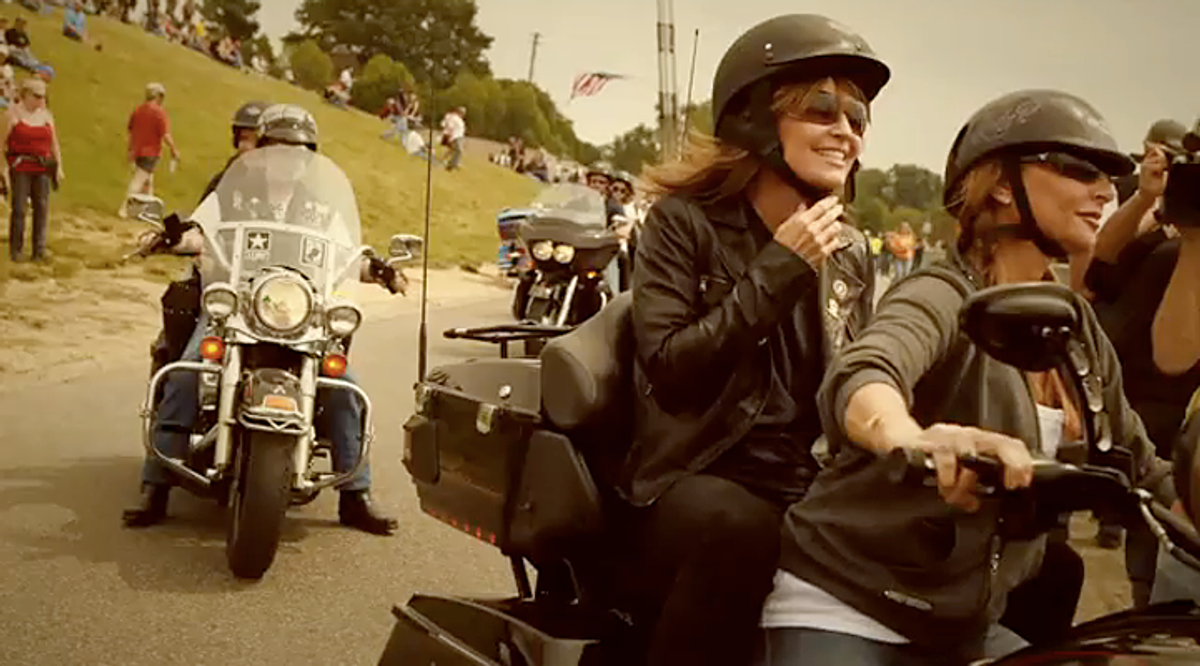 Sarah Palin's SarahPAC has released a new, awesome video, all about Palin's wild ride across the country, in search of the American Dream, on her bus that she named "Furtherin' that Freedom, Also."

It's like a very inspiring commercial for America, starring our History. It's also made up primarily of clips and audio from the lamestream media endlessly discussing this pointless tour. It's like a "Daily Show" montage, except it's not supposed to be critical.

I also love how she visits D.C. and the Liberty Bell and Gettysburg and the Washington Monument and Liberty Island and then eventually she's in New Hampshire where "she's expected to take part in a clambake." A historic clambake! A clambake to help America remember it's foundation, and move forward.

Along with the video, Palin released a statement castigating the press:

"Even though the media too often sadly chose sound-bites over substance, they did get lots of substance during our 'One Nation' tour from the nearly two dozen opportunities I got to speak candidly with them and talk about policy, politics, history, and everything in between," she said.

Unlike PalinPAC's last YouTube video, this one does not begin with a scary bear growling dramatically, which means Palin is, as of this week, clearly not running for president.