"What happened to the sacred tradition of confidentiality between respected journalist and shock jock?" 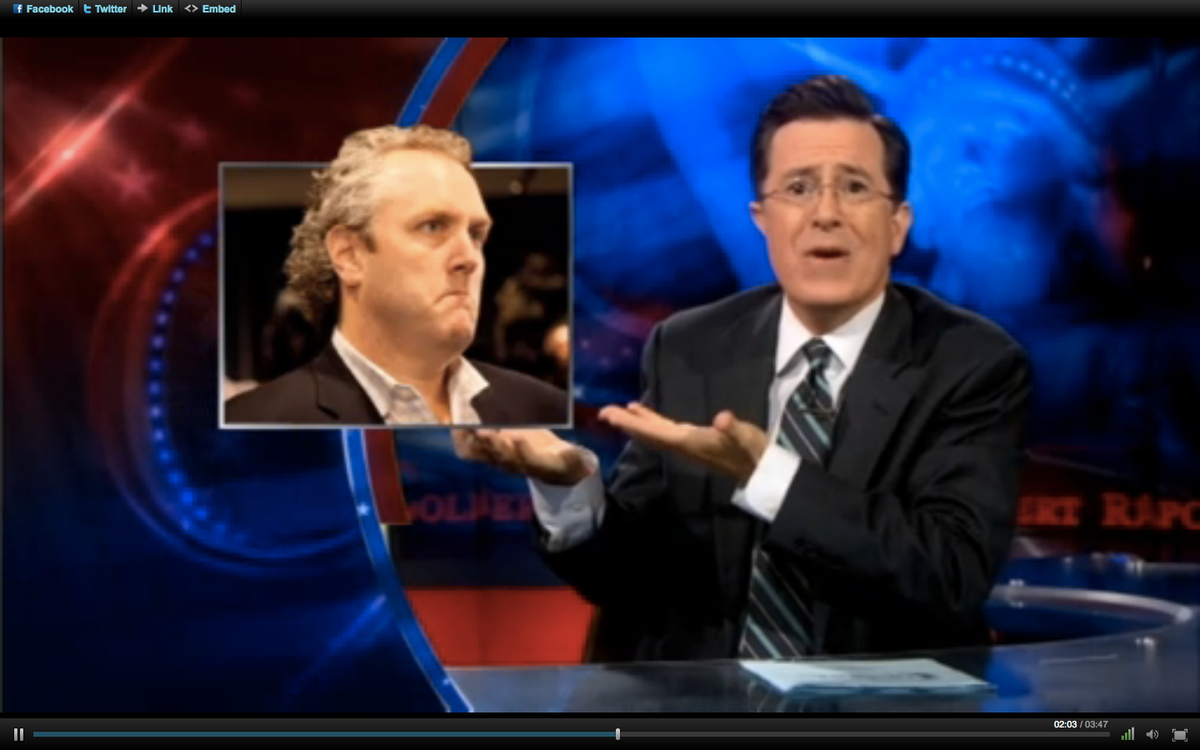 As Salon's Alex Pareene noted yesterday, Andrew Breitbart's alleged intention to keep an X-rated photo of Anthony Weiner private was more than slightly undermined when, during an appearance on the Opie and Anthony radio show, the conservative author showed the image to everyone around him in the broadcast studio. (The photo was then tweeted by one of the show's presenters, and has since circulated widely.)

This subject was taken up last night by Stephen Colbert, who likewise seemed skeptical of Breitbart's excuse (the commentator insists he wasn't aware there were video cameras operating in the studio when he passed the photo around). Colbert laments: "How humiliating for Andrew Breitbart to have his private photo of Anthony Weiner's private parts just splashed out there on the Internet without his consent."