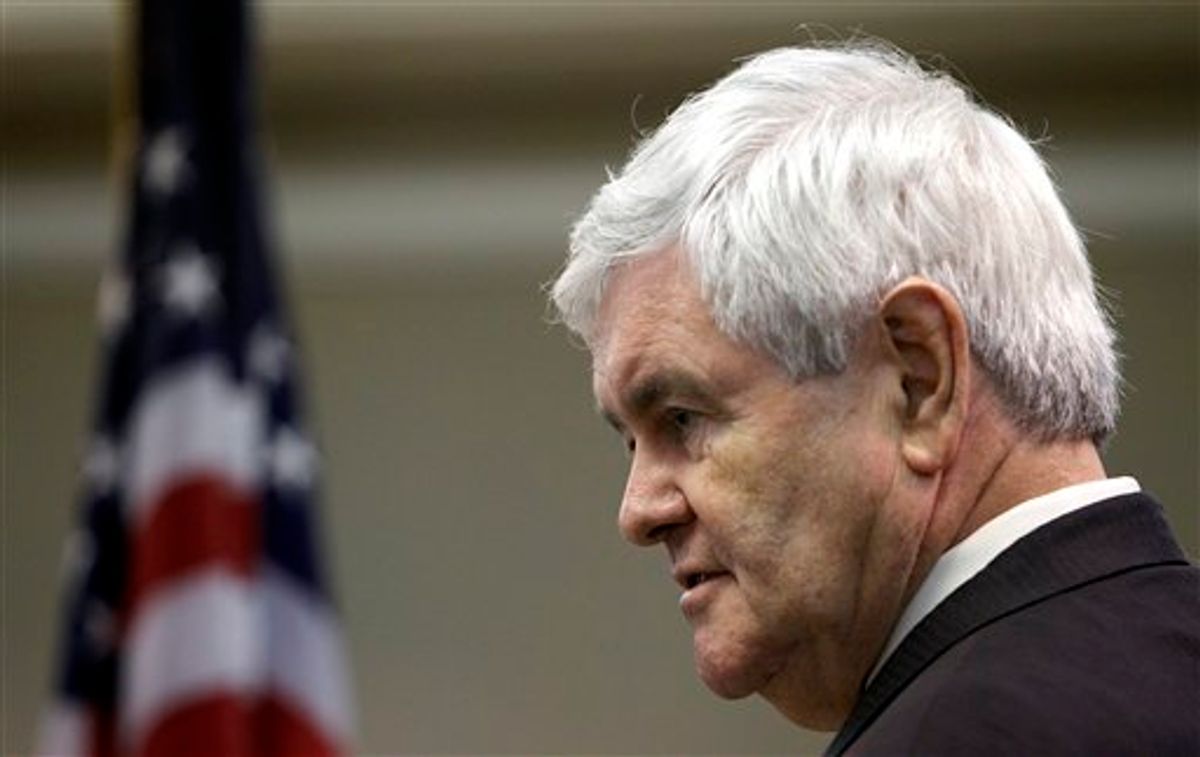 Newt Gingrich abandonment update! His departed staffers are still trashing their former boss in the press, to everyone's great amusement. (And they are doing so anonymously, so that people will still hire the guys who quit and then trash their former boss, and their former boss's wife.) Sources tell ABC's Jake Tapper that Gingrich's wife controls him with witchcraft, an oddly common complaint among campaign operatives, and she uses her wife-powers to make Newt go to the opera instead of going to parades.

His staffers were also upset that Gingrinch only wanted to devote his energies to screening and promoting the documentaries he makes (with his wife, again):

Senior staffers demanded that Gingrich focus on pressing the flesh and fundraising and stop touring the country promoting film projects with his wife. At one point Gingrich was so focused on film premiers and book signings, one senior staffer emailed the team: "We didn’t sign up to be hucksters for products for sale"

Yes, you did! You signed up to work for Newt Gingrich! How many times did we explain that Gingrich only pretends to run for president in order to promote his money-making ventures? I mean he seems to have been tricked into running for real this time, but it's very obvious that all he wants to do is promote his stupid movies and books and go on cruises and to the opera with his wife. Let Newt be Newt!