Gingrich: My former staffers wanted me to run a "traditional" campaign

After his staff quits en masse, the former speaker calls them all old-fashioned 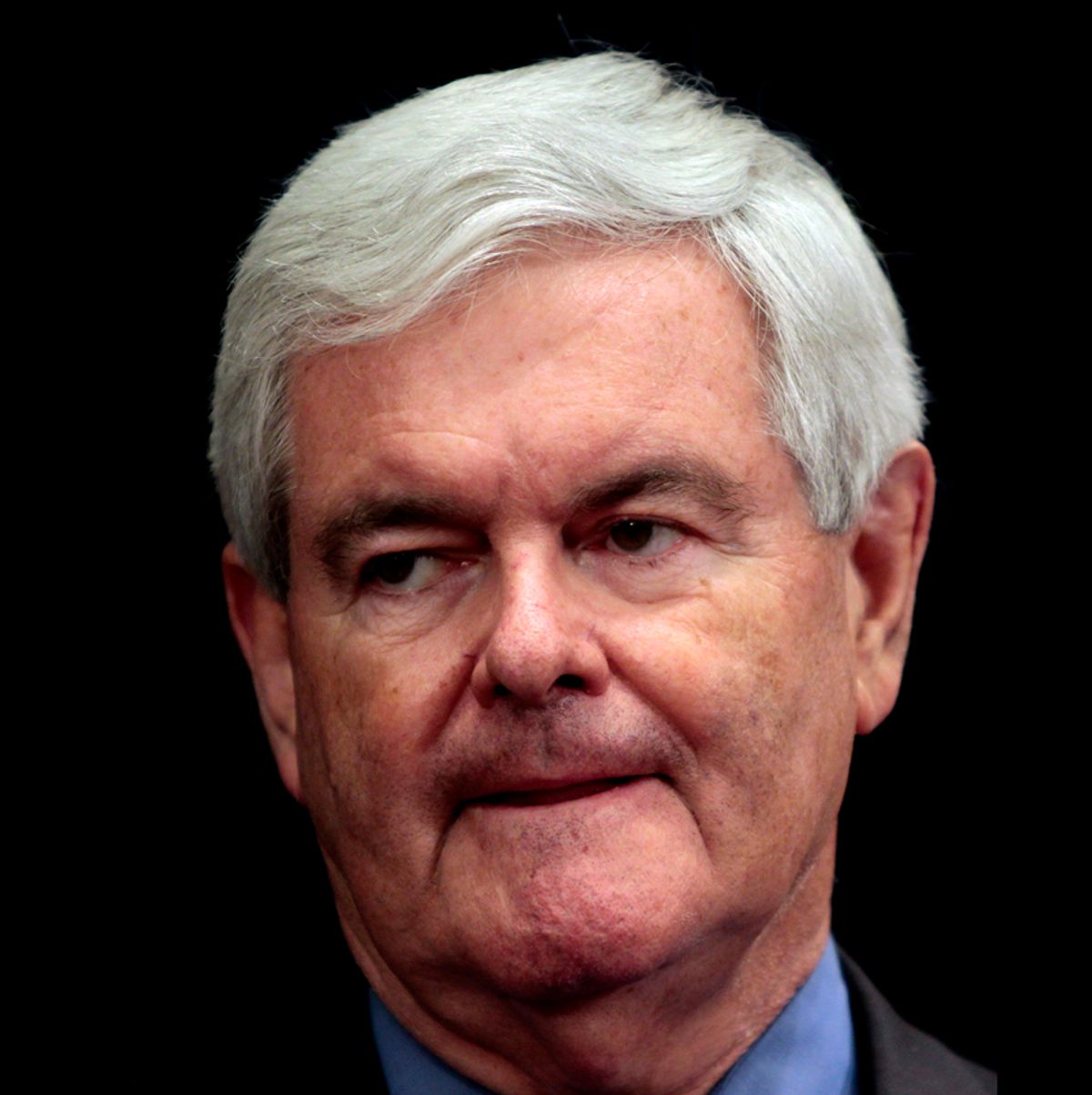 Former House Speaker Newt Gingrich, R-Ga., speaks during a news conference in the Governor's office Thursday March 3, 2011 in Atlanta. Gingrich said he is launching a website to explore a run for president.(AP Photo/John Bazemore) (John Bazemore)
--

Newt Gingrich explained why all of his staffers quit today: It was over "strategic differences," which I think means that they wanted him to actually have some sort of strategy. Newt sounded a bit defensive! He wants you to know that he is totally willing to actually go out and campaign, as part of his presidential campaign:

"I'm prepared to go out and to campaign very intensely but I want a campaign on ideas and on solutions and I want to do it in a way that brings Americans together into a large movement."

Gingrich also explained that he wants to run the sort of presidential campaign where you spend more time sharing "ideas" and "solutions" with journalists and television cameras than you do shaking hands in some crappy factory or whatever. "There have been very few campaigns that have been solutions oriented and that are oriented to every single American," he said, with a straight face.

Also, this was not a conflict between professional campaign consultants and a lazy, undisciplined pseudo-candidate. This was a clash between the tired, old, lamestream way of doing things and the revolutionary new idea-centric method pioneered by Newt. "Let me just say that there is a fundamental strategic difference between the traditional consulting community, and the kind of campaign I want to run," Gingrich said. Plus: "And you'll see us over the next few weeks doing it in new and dynamic and much more open ways than the traditional consultants are comfortable with."

Yeah, go to bed, "traditional consulting community." There's a new way of doing things, and it involves writing hundreds of books that no one reads!

What of the reports that everyone quit because of Gingrich's wife, Callista? Fred Barnes says Newt could not be convinced to fundraise and campaign because his dumb wife wanted to go on a cruise, and his campaign staff was frustrated that their candidate kept listening to his wife instead of them. (I feel like in 2008 we had to wait until after the election to read the stories about how awful the candidates' wives all are?) (Except with Giuliani, I guess.)

Newt explained that he and Callista "make decisions as a couple," and honestly I would rather go on a cruise than run for president, so who am I to judge the Gingriches?