A humiliating exercise for all involved, only on the Fox Business Network 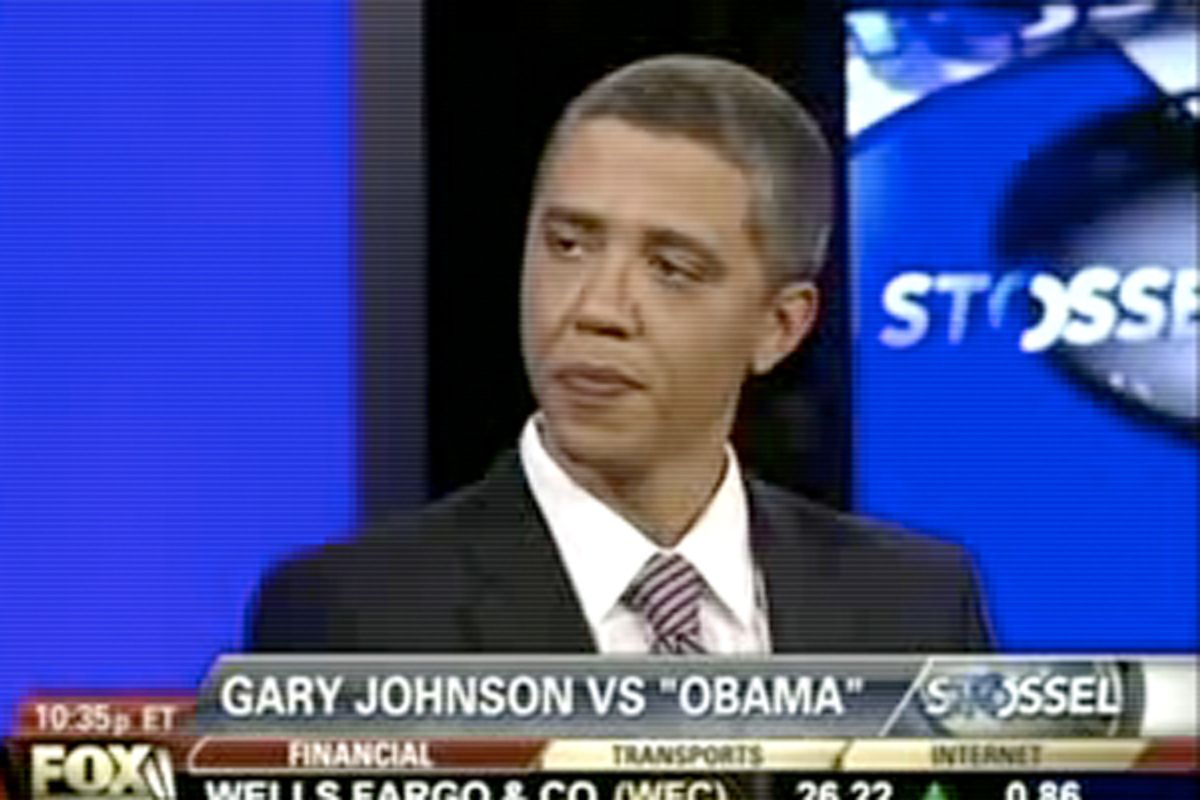 Yes, John Stossel, this is a very good idea, and not at all stupid. Having Gary Johnson "debate" a Barack Obama impersonator is enlightening and compelling television:

MediaMatters says Stossel also did this with Ron Paul. Why would anyone agree to do this? It's humiliating!

Here is Gary Johnson, a former governor who would like to be president, talking policy with a comedian pretending to be the real president. (The impersonator is, honestly, scarcely better than Fred Armisen, making the entire scene even more embarrassing.)

Though appearing on Stossel's show is already embarrassing. The man is a hilarious local news joke who inexplicably went national. He's a comedy mustache grafted onto glibertarian contrarianism. Sensible people should steer clear! (I just mean Johnson, here. The Pauls are free to keep being clowns on this children's show.)