Will there be a sixth season of "The Wire"? 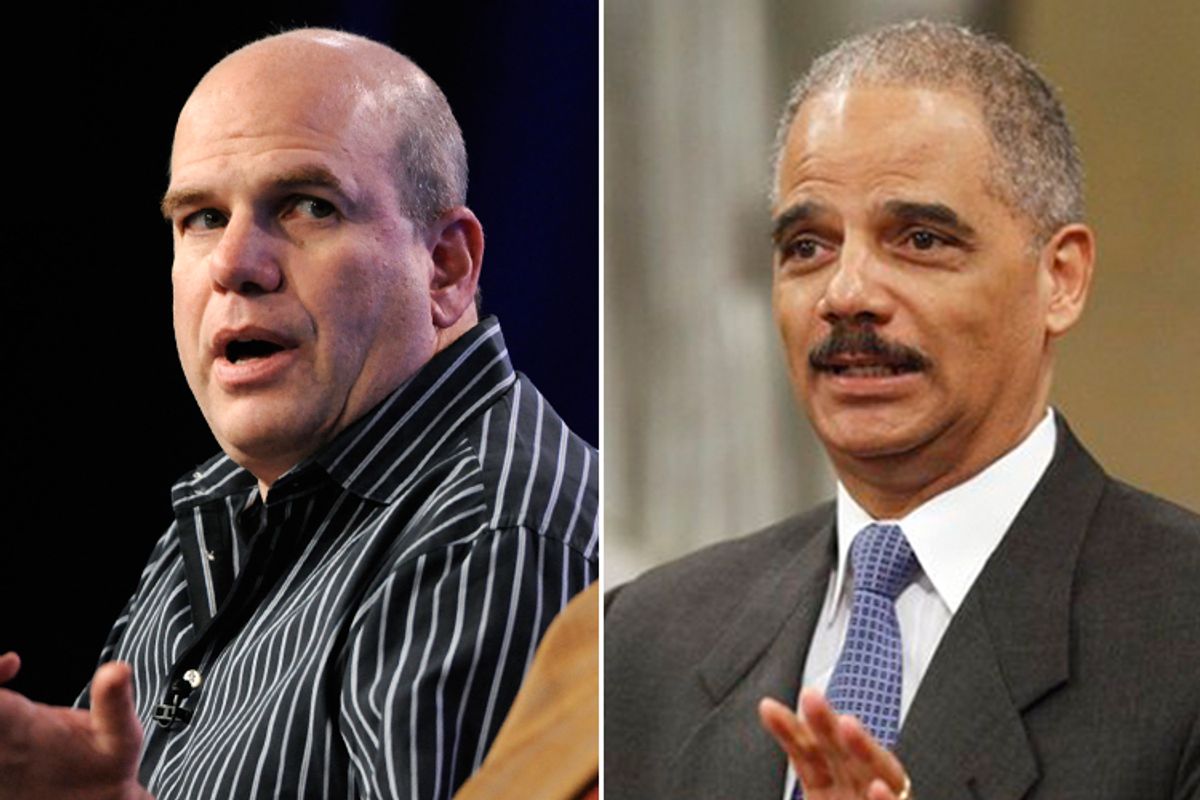 When the U.S. attorney-general  recently declared himself a super-fan of HBO's crime drama "The Wire" and expressed his fond wish for a sixth season, he should have known that the famously blunt-spoken David Simon, creator of "The Wire" and co-creator of "Treme," would treat it as a fresh opportunity to criticize U.S. drug policy. Swipes at the law enforcement status quo were a regular part of "The Wire," as well as in Simon's countless interviews about the series.

In a June 1 panel discusson about children and drugs that included appearances by former "Wire" castmembers Jim True-Frost, Wendell Pierce and Sonja Sohn, Holder spoke "directly" to Simon and coproducer Ed Burns via the media. "Do another season of 'The Wire,'" he said. "I want another season, or a movie... I have a lot of power!"

Simon, who was a Baltimore Sun crime reporter before he got into series TV, wrote a sarcastic email to the London Times answering Holder: "The Attorney-General's kind remarks are noted and appreciated. I've spoken to Ed Burns and we are prepared to go to work on season six of 'The Wire' if the Department of Justice is equally ready to reconsider and address its continuing prosecution of our misguided, destructive and dehumanizing drug prohibition."

Simon called U.S. drug policy "nothing more or less than a war on our underclass," one that has "succeeding only in transforming our democracy into the jailingest [sic] nation on the planet."

To quote Omar on "The Wire": Do tell.