Embattled congressman to seek treatment amid calls for his resignation 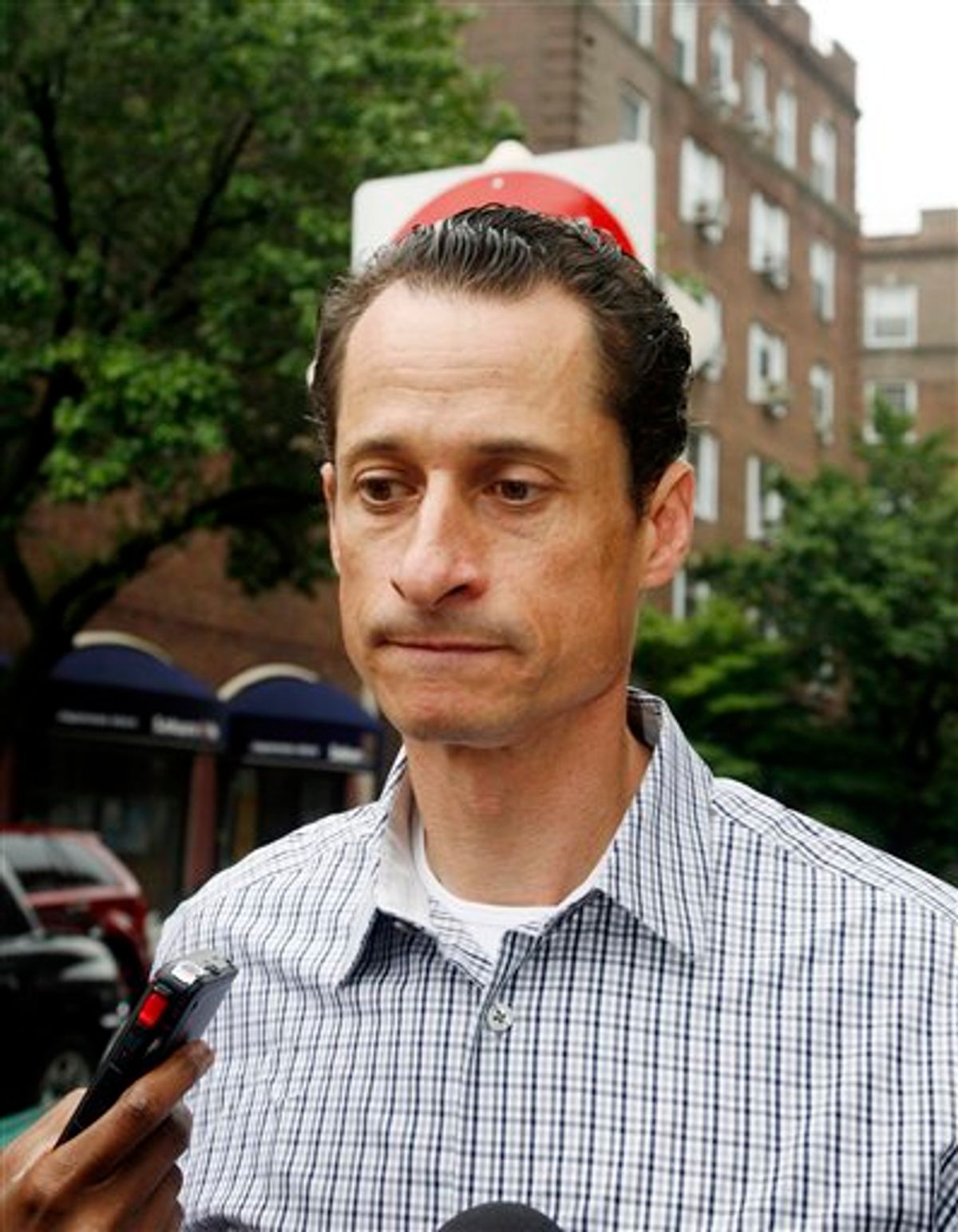 Rep. Anthony Weiner is asking for a temporary leave of absence from the House while he seeks professional treatment in the wake of his Twitter scandal.

A spokeswoman for the New York Democrat says he has left for professional treatment and will focus on "becoming a better husband and healthier person."

Spokeswoman Risa Heller says Weiner wants the leave of absence so he can be evaluated and work out a course of treatment.

The statement doesn't say what Weiner would be treated for.

Just before the statement, leading Democrats demanded that Weiner step down.

"This sordid affair has become an unacceptable distraction for Representative Weiner, his family, his constituents and the House," Rep. Debbie Wasserman Schultz, the party chairwoman, said in a written statement calling for the New York lawmaker to quit.

The House Democratic leader, Rep. Nancy Pelosi of California, said Weiner "has the love of his family, the confidence of his constituents and the recognition that he needs help. I urge Congressman Weiner to seek that help without the pressures of being a member of Congress."

Weiner had no immediate reaction.

Before Saturday afternoon's developments, Weiner told reporters in his neighborhood that "I have to redeem myself and I am going to try to get back to work."

Weiner said his conduct involved "personal failings" and that he would try not to let them get in the way of his "professional work."

Wasserman Schultz, Pelosi and others party leaders made their demands one day after Weiner acknowledged that he had exchanged online messages with a Delaware teenager. He said the exchanges involved nothing inappropriate.

His party's leadership had refrained from demanding a resignation for days after Weiner admitted sending lewd photos and messages and at least one X-rated picture to a handful of women around the country over the past three years and then lying about it.

Weiner is married to Huma Abedin, a top aide to Secretary of State Hillary Rodham Clinton, Abedin is pregnant with the couple's first child. She is traveling with Clinton in Africa until the middle of next week.

Pelosi has asked the House Ethics Committee to investigate whether Weiner used any government resources. He has said he does not believe he did.

He has repeatedly said he would not.

Weiner said earlier Saturday that his wife "is doing well" and that she "is a remarkable woman who is working very hard."