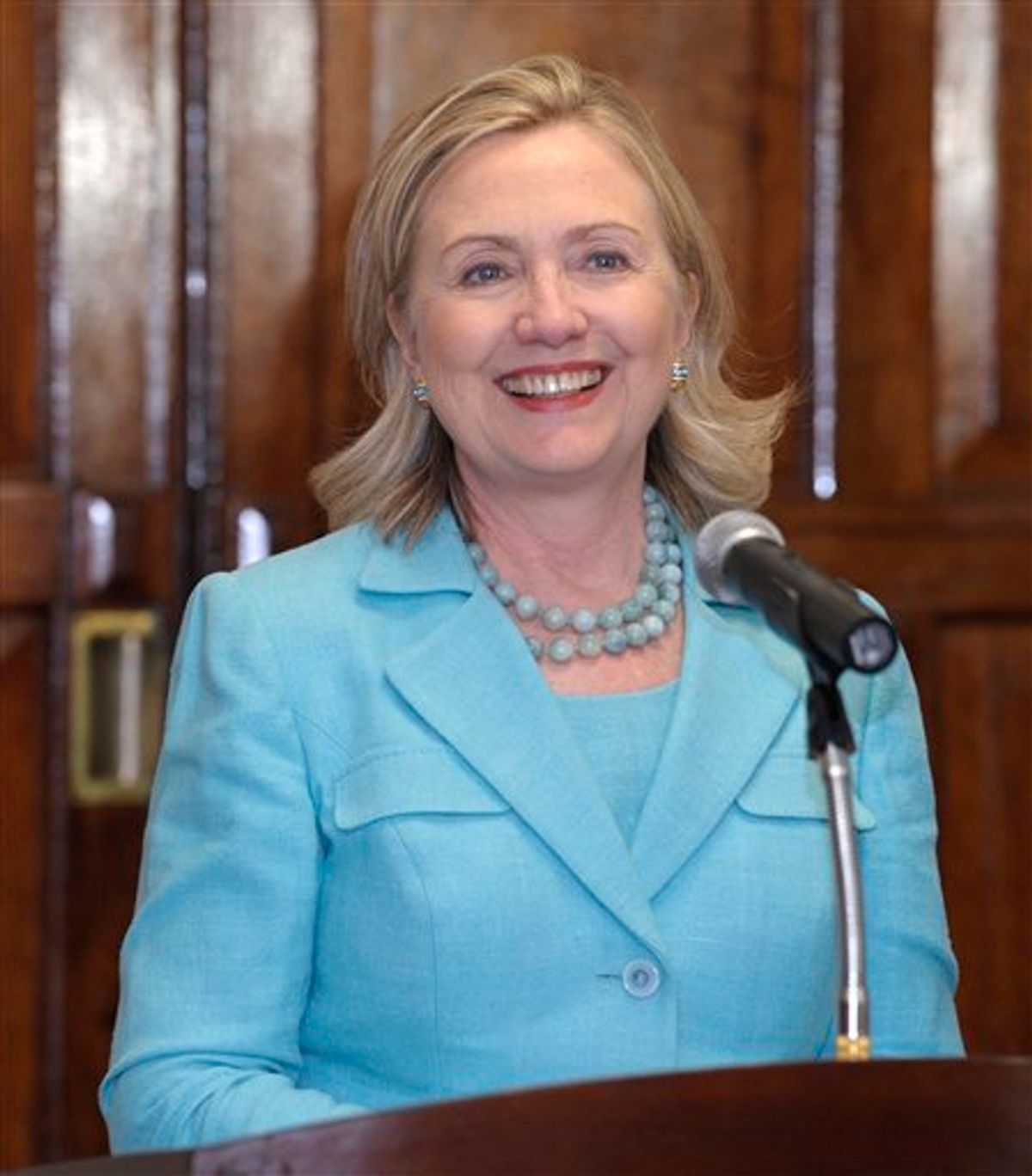 Secretary of State Hillary Rodham Clinton is cutting short a three-nation tour of Africa due to a volcano eruption that has created an ash cloud over parts of East Africa.

Clinton was to have spent Monday night in Addis Ababa. But she will now leave the Ethiopian capital immediately because the ash cloud from the explosion in Eritrea is heading toward the city.

U.S. officials said the airport at Addis Ababa was to be closed. That meant Clinton faced being stranded if she had proceeded with her planned meetings in Ethiopia on Tuesday.

Clinton was scheduled to depart Tuesday afternoon and arrive back in Washington early Wednesday. It's unclear when she'll now return.