"The Killing" settles on an obvious suspect

But is it yet another red herring? And can another strong episode rescue this faltering crime thriller? 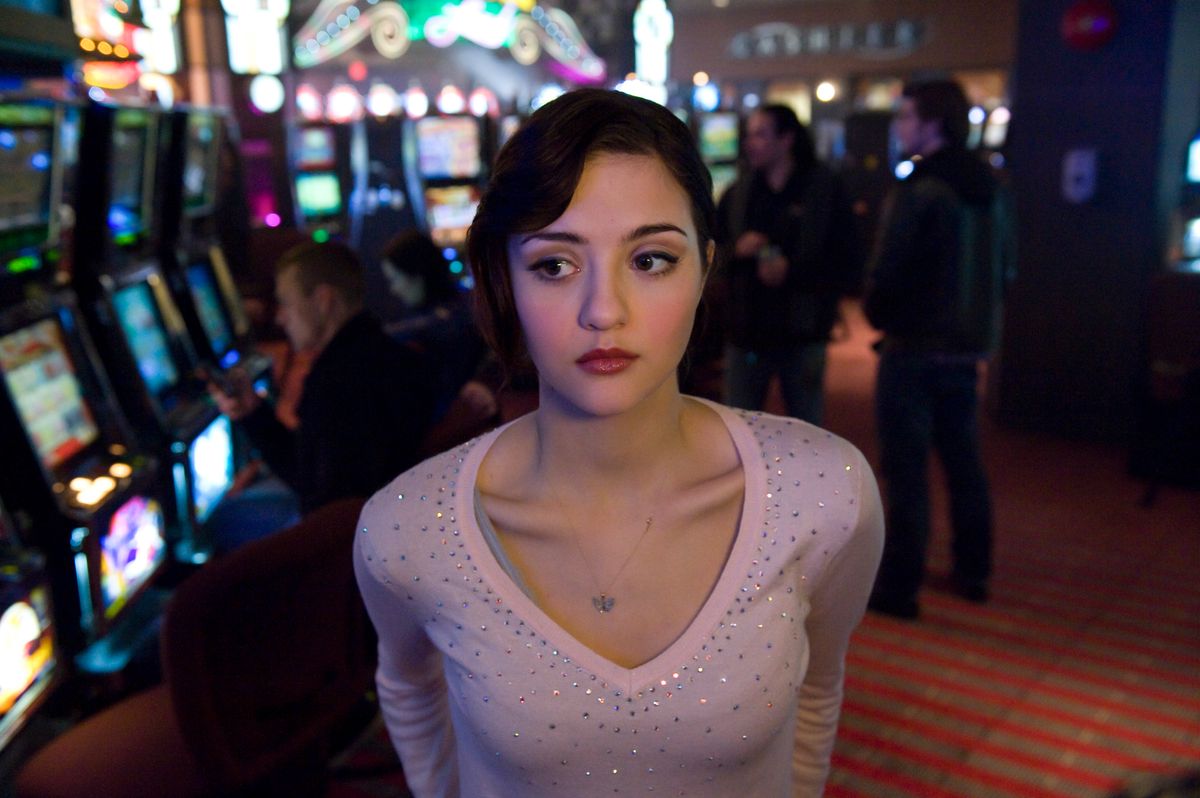 Well, whaddaya know? A couple of episodes away from its first season finale, and AMC's "The Killing" is finally shaking off its torpor and rallying to become a show worth watching again. Sunday's episode, "Beau Soleil" -- sharply directed by filmmaker Keith Gordon ("A Midnight Clear," "Waking the Dead") -- was the second strong episode in a row, with tight plotting, entirely relevant scenes, and an elegantly conceived, superbly executed finale. The use of a repeated new email chime as an indicator of impending menace was Hitchcock-worthy. And the image of a certain prime suspect looming in a doorway -- his head and shoulders swallowed in pitch blackness, so that it resembled the "No mugshot available" graphic on an escort website -- was primally creepy. (I won't name said suspect in my opening paragraph, in case you're one of those "Killing" aficionados who's masochistic enough to read a spoiler-filled recap of an episode you haven't watched yet.)

Unfortunately, I fear that Sunday's strong hour is still too little, too late. After an intriguing start, "The Killing" has spiraled into flabby nonsense, becoming nearly as ridiculous as "Damages" and the groundbreaking "Murder One," but a lot more solemn, affected and full of itself. And as superb as that crosscut finale was, I don't think for one measly second that Councilman Darren Richmond is going to turn out to be the murderer, despite my having repeatedly asked you readers variations of the rhetorical question, Why hire Bill Campbell to play a city councilman if you're not going to have him turn out to be the killer?

Yes, we're heading into the home stretch here, and even a twist-crazy series like this one can't justify yet another huge reversal. But I don't buy the idea that the soft-spoken, handsome, depressed councilman is the killer. It's just too obvious. On top of that, his behavior as both politician and civilian seems entirely too honorable, and his temperament too measured, for him to have savagely murdered teenager Rosie Larsen. (Campbell has been very close to brilliant in this part. It's hard to give a performance specific enough to be believable as a real-world person, yet fuzzy enough that the writers can imprint him with almost any implication or prejudice, yet he has done exactly that.)

Another negative indicator is Richmond's choice of pseudonym as a john with Beau Soleil, the high-end escort service that Rosie and her aunt worked for: "Orpheus." That's the name of the musician, poet and prophet who tried to rescue his dead wife from the underworld. In the context of a self-conscious and symbolism-choked TV show, at least, I don't think a soft-spoken and reflective middle-aged widower would choose such a pseudonym if his ultimate goal was destruction rather than rescue or redemption or self-exploration. The anecdote that so alarmed one of Rosie's young colleagues at the escort service -- Richmond asking her if she knew what it would be like to drown -- struck me as more of a veiled death wish than a sidelong indication of what Richmond would like to have done to some helpless prostitute.

Yes, granted, this could be one of those situations where a murder mystery initially leads you to fixate on the obvious, clichéd suspect, then meticulously convinces you that it could not possibly be that unimaginative, then circles back around to a place where you start suspecting the original likely suspect again because time is running out and no other candidate is quite as compelling.

But on the other hand, this is a show that wasted several episodes on a sub-"24" plotline about possible Muslim terrorists operating out of a mosque, then delivered an equally unbelievable plotline about some sort of underground railroad for young Muslim women marked for ritual female circumcision, and tied everything up with a revelation that two young women who had gone missing in Seattle owned the same pink T-shirt with the same logo purchased in the same vacation gift shop. I wouldn't be surprised if, in its season finale, "The Killing" pulled another  rabbit out of its hat and suggested that the murderer wasn't Councilman Richmond, or his rich, basketball-crazy slimebag patron, or Rosie's former mob enforcer father Stan (Brent Sexton might be as great an actor as James Gandolfini; no joke), but a character, or a marginal and shadowy straw man, that we haven't even met yet -- a wandering serial killer, perhaps, or a john that Rosie met at the casino, or Stan's former boss, or Marvin the Martian. On "The Killing," anything, alas, is possible.