On jobs, Romney hits Obama where it hurts

A new ad about jobs from Mitt Romney is mean, unfair, and effective. The president better get used to it 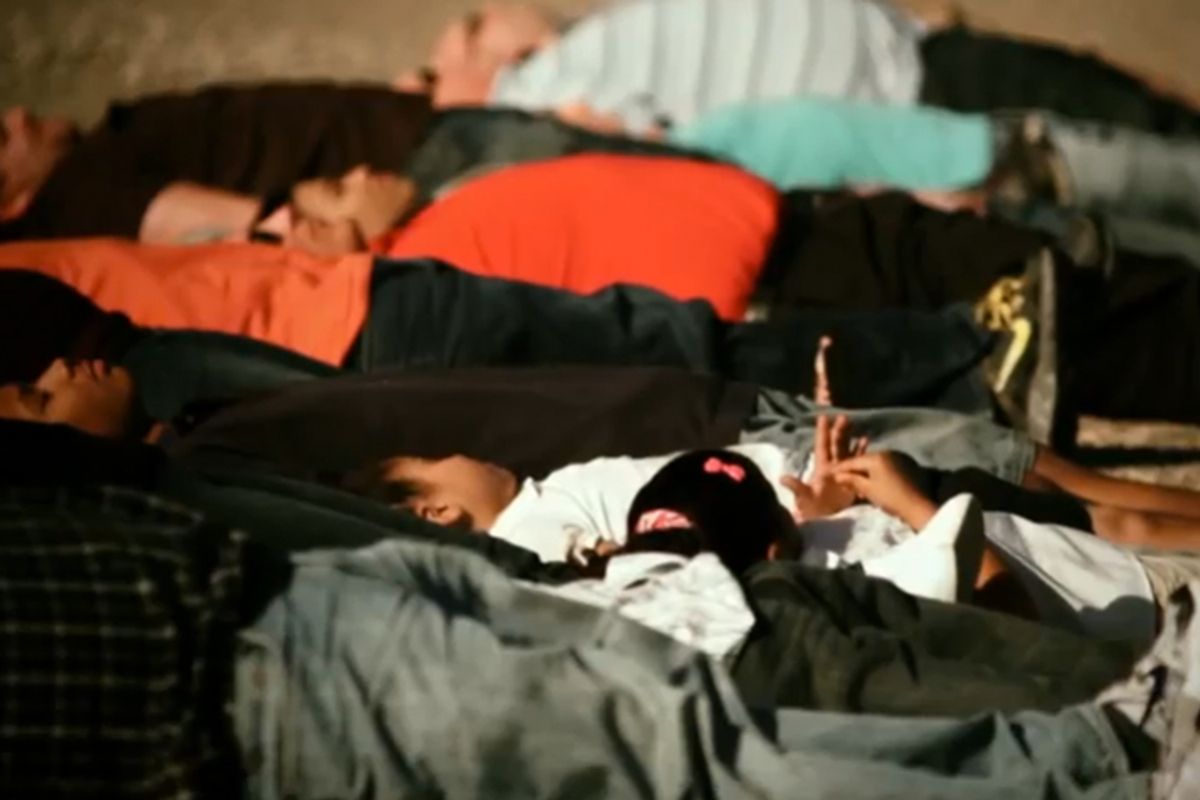 Mitt Romney's new campaign ad, "Bump in the Road," is a hard punch into Barack Obama's solar plexus and an obvious taste of what is to come during the 2012 presidential campaign. The conceit is simple and effective. The ad kicks off with a quote from the president attempting to reassure Americans that the economic recovery has not stalled -- thus the title: "Bump in the Road." Meanwhile the camera pans across a pile of bodies lying in the road. One after another, a bedraggled procession of men and women climb to their feet, hold up signs declaring how long they've been unemployed, and tell the viewer "I'm not a bump in the road."

As Ezra Klein observes, the advertisement never mentions Romney's name. Nor does it offer any policy prescriptions or plans to promote job creation. But it doesn't have to. There's only one message Romney -- or any other Republican presidential candidate needs to push to hurt Obama: Unemployment is high and it's the president's fault. Lather. Rinse. Repeat.

Never mind that the vast majority of jobs lost under Obama occurred in his first year of office and would have done so no matter who got elected in 2008. That's ancient history -- those battles can't be relitigated. May's disappointing jobs report has opened up an obvious line of attack for the GOP, and Romney is wasting no time pursuing it.

There are some odd aspects to the advertisement: Notably, a heavy emphasis on a multicultural, multiracial America that doesn't match up too well with the GOP base. At first glance I thought the men and women lying in the road were actually illegal immigrants struggling to cross the border. But that's just a distraction. We can count on ads like Romney's going into relentlessly high rotation in exactly the states that President Obama is visiting this week -- North Carolina and Florida. As the Wall Street Journal observes, Obama's reelection chances will likely hinge on his ability carry swing states in which unemployment is high. On Monday, the president will attempt to make the case for how a clean energy tax credit helped the North Carolina-headquartered LED light maker Cree expand its payrolls while also releasing a jobs plan cooked bup by the "jobs council" led by GE CEO Jeffrey Immelt.

Meanwhile, economists formerly employed at the White House are clamoring for more stimulus -- whether in the form of new payroll tax cuts or increased infrastructure spending or both. And while it's nice to see the likes of Larry Summers and Jared Bernstein making compelling arguments for activist government policy, one wonders whether maybe they'd have more impact making their case to the president on a daily, face-to-face basis rather then to the general public.

But that's a moot point. Congress won't pass any more stimulus that requires additional spending. There may be a chance for additional payroll tax cuts -- which would, of course, increase the longterm deficit, and potentially cause the White House even more political problems -- but there's also a high possibility of additional short term government spending cuts as part of a budget deal.

The president's options are politically constrained -- and always have been. But for the past year he's spent much more time acting as an echo chamber to Republican deficit hawk rhetoric while failing to point out how GOP intransigence has prevented any additional, meaningful action on jobs. He could get away with that as long as the economy was adding 200-250,000 jobs a month, but the swift change in the political climate in the wake of the May jobs report shows just how risky that strategy was. Obama's biggest vulnerability is that he hasn't given the impression that he puts the economy front and center, every single day. Romney just hit him hard at exactly that pressure point.

It won't be the last such punch.