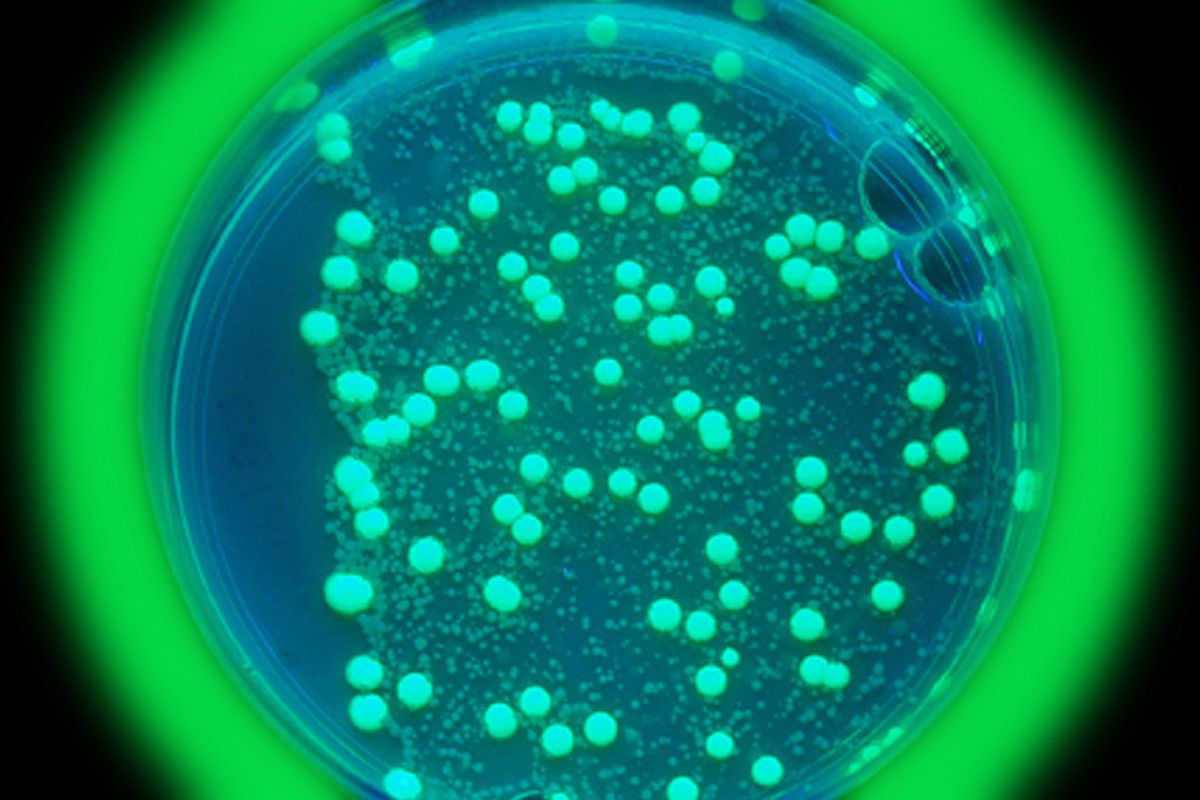 Some day, in the not-so-distant future, your body's cells might be able to naturally shoot laser beams.

That's the word, anyway, from a pair of Harvard physicists who engineered human cells to act like miniature ray guns under a very specific set of conditions. The scientists in question, Malte Gather and Seok-Hyun Yun, first decided to explore the possibilities for biologically induced lasers as a way of commemorating the technology's 50th birthday. And while the results of their inquiry -- published by the science journal Nature -- aren't quite the stuff of a Ray Bradbury yarn, they aren't all that far off, either.

The science behind laser production is dizzyingly complex, but its basic concepts are easy enough to explain. A laser consists of a "gain medium" -- a material that amplifies light, such as certain crystals and gases -- and a "optical cavity," which is basically an arrangement of mirrors used to concentrate the flow of light.

When the outside source of light is trained on the gain medium, its atoms become excited and release photons. As the photons ricochet between the mirrors, passing through the gain medium over and over again, they stimulate other atoms to release more photons. While the photons would normally exit in random directions the way light comes out of a torch, the mirrors direct the wavelengths into one beam, forming a laser.

For the experiment in question, Gather and Yun engineered cells from a human kidney to produce a molecule called green fluorescent protein. GFP is the compound that allows certain species of jellyfish to naturally glow under water (a process called "bioluminescence"). The Harvard researchers triggered the fluorescent phenomenon in GFP-engineered cells by shooting low-energy pulses of blue light at them. And, by positioning the cells between two microscopic mirrors, they were able to harness the resulting light, "amplifying the emission from the GFP to a coherent green beam." A laser beam.

Beyond the immediate "wow" factor at play, bio-lasers have myriad potential benefits, according to Gather and Yun. For one: Researchers could learn far more about the composition of living cells by lighting them, organically, from the inside out. Additionally, while normal lasers typically degenerate over time, these engineered cells could continually manufacture the GFP molecule, in effect becoming "self-healing lasers." And -- venturing even further into the realm traditionally reserved for science fiction -- bio-lasers could play a major role in allowing people to control electronics with their brains. (Gather calls this a "direct human-to-machine interface.")

Maybe most promising, however: the Harvard physicists say that the technology could be used to help destroy cancer. While lasers are already used in certain treatments to battle malignant tumors, the ability to aggressively and precisely target cancerous cells from deep within the affected body tissue -- using bio-lasers -- would represent a major breakthrough in oncology.

None of this, by the way, means you're any closer to shooting laser beams from your eyes.